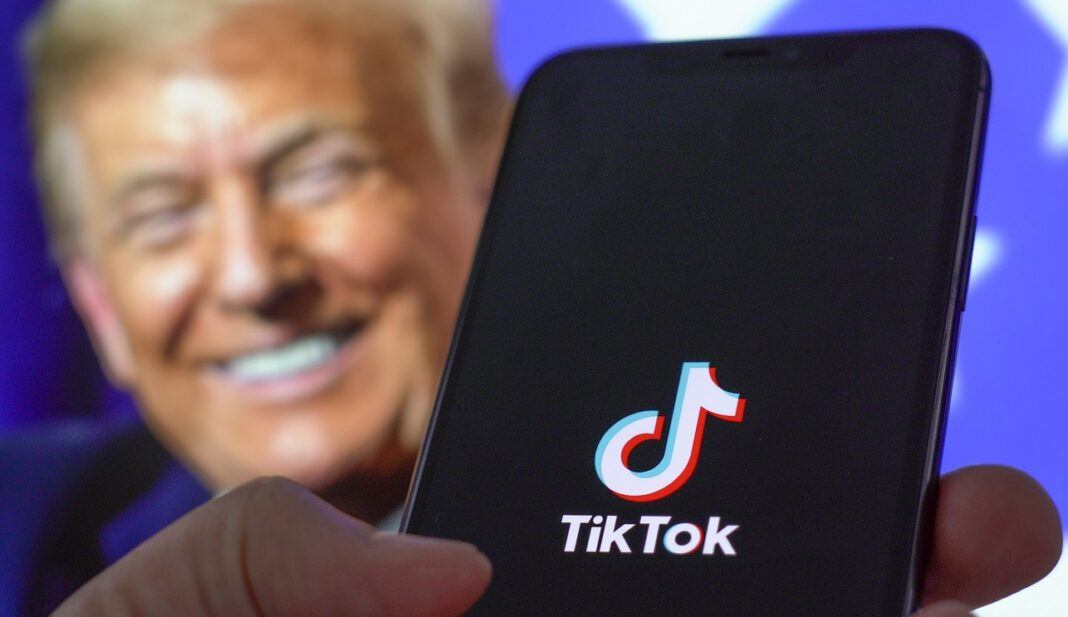 With Donald Trump soon to leave the White House, popular video-sharing app TikTok is hoping for a more positive future. It’s been in a limbo mode since Trump stepped in to try and shut it down.

Making matters worse, was when the president suggested getting a cut if he okayed a sale to Microsoft. Oracle wound up purchasing TikTok. Now the app is asking a federal court to intervene. They’ve obviously learned a thing or two from Trump.

TikTok’s Chinese owner, ByteDance, has until Thursday to sell off its U.S. operations under an executive order that Trump signed in August.

Trump in September gave his tentative blessing to a ByteDance proposal meant to resolve U.S. national security concerns by placing TikTok under the oversight of American companies Oracle and Walmart, each of which would also have a financial stake in the company. But TikTok said this week it’s received “no clarity” from the U.S. government about whether its proposals have been accepted.

“With the November 12 CFIUS deadline imminent and without an extension in hand, we have no choice but to file a petition in court to defend our rights and those of our more than 1,500 employees in the US,” TikTok said in a written statement Tuesday.

Trump has cited concerns that the Chinese government could spy on TikTok users if the app remains under Chinese ownership. TikTok has denied it’s a security threat but said it’s still trying to work with the administration to resolve its concerns.

The legal challenge is “a protection to ensure these discussions can take place,” the company said.

The Trump administration had earlier sought to ban the app from smartphone app stores and deprive it of vital technical services, but federal judges have so far blocked those actions.

TikTok is now looking to the U.S. Court of Appeals for the District of Columbia Circuit to review Trump’s divestment order and the government’s national-security review.

Apple is rolling out new Mac computers powered by the same kind of chips that run iPhones and iPads, a move aimed at making it easier for its most popular products to work together.

For instance, Macs using the new chips will be able to run the same apps designed for the iPhone’s mobile operating system, although it appears some developers aren’t immediately keen on making those apps available for Macs. Apple didn’t demonstrate any other interoperability features based on the new chips, although analysts expect more cross-pollination.

The new Mac lineup unveiled Tuesday will be in stores five months after Apple announced it would abandon its longtime partner Intel in favor of using its own processors for Mac computers. Apple said its new Mac chips make possible faster processing speeds, sleeker designs and longer running times on a single battery charge.

“Advancements of this magnitude only come from making bold changes,” Apple CEO Tim Cook said during Apple’s event Tuesday. He added that Apple’s own chips will usher in new technologies and “extraordinary battery life” from the computers. “This is exactly why we are transitioning to Mac Apple silicon at Apple,” Cook said.

M1 is here. Our first chip designed specifically for Mac, it delivers incredible performance, custom technologies, and revolutionary power efficiency. And it was designed from the very start to work with the most advanced desktop operating system in the world, macOS Big Sur. With a giant leap in performance per watt, every Mac with M1 is transformed into a completely different class of product. This isn’t an upgrade. It’s a breakthrough.

For instance, some Macs have eliminated a cooling fan inside the machines, helping slim down their design.

The transition to the new in-house chips could also create stumbling blocks for Apple and other software makers aiming to adapt existing Mac software so it will also run smoothly on the new models.

Initially, Apple will only be putting its chips in smaller computers — the 13-inch MacBook Air and 13-inch MacBook Pro, as well as the Mac Mini desktop. The company expects it will take another two years before all its Macs are running on the in-house chips.

All three new computers are supposed to be available in stores next week, with prices starting at almost $700 for the Mac Mini to $1,200 for the 13-inch MacBook Pro.

The new Macs are debuting amid high demand for laptop computers as consumers, companies, schools and government agencies adjust to a work-at-home shift triggered by the COVID-19 pandemic. Even if a vaccine eases the threat posed by the novel coronavirus, people still are expected to be working more frequently from home than they previously did.

Apple’s Mac sales surged 17% during the first nine months of this year compared to 2019. The company’s iPhone revenue fell 9% over the same span as people continued to hold on to their older models for longer periods or bought devices powered by Google’s Android software instead.

Apple still get four times more revenue from iPhones than it does from Macs Sales of Macs also lag far behind those of PCs made by Lenovo, HP and Dell that run Microsoft’s Windows software and primarily use chips made by Intel and AMD.

Since co-founder Steve Jobs death in 2011, Apple hasn’t been making much innovation until now. While Jobs brought in the Mac computer, the iMac all-in-one desktop, the iPod, iPhone, and the iPad, the company has only brought in the Apple Watch. Granted it became a booming business, outselling the entire Swiss watch industry in 2019.

By combining all of its devices under the same common code and chips, Apple will be able to connect everything together with its desktops, laptops, phones and watches. This would have made Jobs very happy indeed.

Many are also wondering if this could challenge the PC market as a better battery life, thinner designs and possibly, a lower price tag would do wonders. But we’re talking about Apple, and they’re not always known to focus on a bargain.