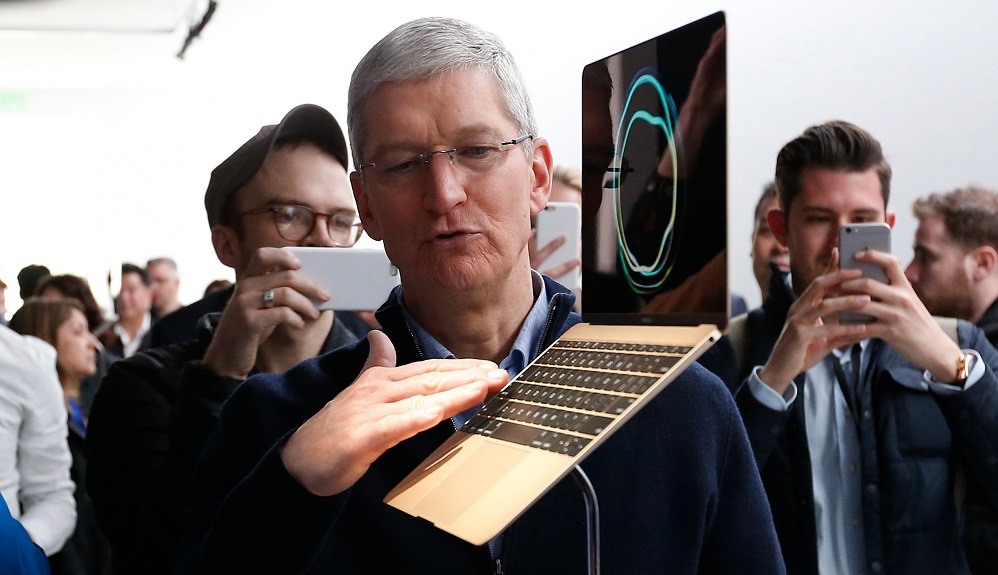 Is morale so bad now at the Mac division that Tim Cook had to reassure them that things are being done about their supposed Mac funk? It’s strange for a company like Apple to have to do so after telling consumers and the rest of the industry that pulling out ports, flipping out function keys and slapping a touch bar onto the new Macbook Pro was the way to go. That they were actually forcing everyone into the future. Compared to what Microsoft’s been dishing out lately and finicky feedback from many people including Apple’s own users, Apple’s own Mac division is probably having cold feet. We would think they’d be more stalwart than that. Or, Tim could just be pre-empting an impending drop in morale. Courage can only do so much amidst constant criticism and competitor innovation.

In the desktop/laptop and tablet front, Microsoft has revitalized the PC industry with the Surface Book and Surface Studio, and though things are the opposite on the smartphone market, Apple is getting criticism in the market they ‘used to be good at’. Slow upgrade cycles are reasonable for Apple products as many Apple users say, the Macs they bought years ago are still in very good shape; however, the industry is not resting. They continue to work on ways to sell us newer and more powerful systems that seem to run the same way (slower and slower) with each new software version. They make that up with newer form factors, new interfaces and new ways of interaction. Things the Surface Pro, Surface Book, Surface Studio, Surface Dial and Surface Hub offer. The Macbook Touchbar might have been awesome if Microsoft kept to itself a year later. Might, because seriously, why not a whole touch screen? Everyone’s doing it.

“Some folks in the media have raised the question about whether we’re committed to desktops. If there’s any doubt about that with our teams, let me be very clear: we have great desktops in our roadmap. Nobody should worry about that.”

Ironically, Cook knows and told his staff that performance, RAM, storage and good screens are important to people. Things that Macs seem to be slow in addressing lately. Their screens are stellar, no doubt about that but people, especially Apple fans expect more from the Mac’s innards. Hopefully, addressing these needs are what Tim Cook has in mind. The next Perfect Mac will be powerful enough to run any VR device. That Perfect Mac will sport the latest generation Intel processor and a minimum 32GB of RAM. The next Perfect Mac will have at least one legacy Type A USB 3 port to at least allow users to plug in their iPhones or iPads. The next Perfect Mac will have the same large 5K tilting screen and hinge like the Surface Studio. There’s no shame in sucking it up once in a while. Apple can do what they’ve always done. Say that they’ve improved on things. And that next Perfect Mac will be a touch screen. And besides the touchscreen, they can still keep the touch bar for folks who don’t want their prints on their screens. Another cool idea for that Perfect Mac, active screen bezels or maybe a gesture scanning camera that recognizes a user’s thumbs-up as a Save or OK.

“Our greatest differentiator is our culture and our people. They are the foundation by which everything else comes about. Without great people and a great environment that people can live in, we wouldn’t have intellectual property. We wouldn’t have the best products. We wouldn’t have the inventions or features I mentioned earlier… I think it’s that ‘change the world’ attitude and boldness that’s deeply embedded in our culture, that ‘good isn’t good enough.’ All of this is the fuel for everything else that we do.”

No doubt, Apple is struggling with innovation and quality. Quality is a given for Apple but combining that and new things takes time. Apple is under pressure to release something new, and they did. Unfortunately, Microsoft just happened to release something intriguing at the same time. Something more intriguing and more targeted at the same markets Apple is in. This may sound apologetic, but we do know Apple wants things to be perfect (or as perfect as they can be) so they kind of hold back. They have to because their products are expensive. Which happens to be the same reason Microsoft has been churning out things that are also new. They may not be perfect but new stuff is one of the reasons people buy things. The Surface Studio is said to be expensive and underpowered but more than makes up for the natural-feeling touchscreen. Microsoft solved the unnatural reach-to-touch dilemma of desktop touch-screens by tilting the screen like a drafting table plus adding a new control method through the Surface Dial. Such are innovations Apple is known for but seemingly lacking nowadays which is why many can’t hide their disappointment.

Everything is, after all, a matter of perspective. Apple sees itself as an innovator and has admitted to taking ideas and making them better. If they did have new ideas for the Mac earlier, they may have been pushed back because demands change and priorities change also. Time and resources are shunted elsewhere. Mobile is what matters and many said that traditional laptop and desktop computing is gradually growing niche. Microsoft is pushing hard on the opposite side of things though and is making Apple feel it. And Apple is forced to acknowledge that desktop computing is not yet finished.

“We had a big MacBook Pro launch in October and a powerful upgrade to the MacBook back in the spring. Are Mac desktops strategic for us?… The desktop is very strategic for us. It’s unique compared to the notebook because you can pack a lot more performance on a desktop — the largest screens, the most memory and storage, a greater variety of I/O, and fastest performance. So there are many different reasons why desktops are really important, and in some cases critical, to people.”

That is quite so. Let us remember that Apple has been innovative in that area before. They’re just not so into it lately. What short memories we have. Their ‘totally tubular’ Mac Pro was quite hot and powerful three years ago. They also popularized the small form factor with the Mac Mini (quite a while back) and pushed the boundaries of resolution with their retina screens. Reasons why people have high annual expectations from the company especially amidst new offerings from competitors. That Perfect Mac Cook will cook up needs to be just like, or even better than the Perfect Mac described here. Can they pull a new rabbit within six months? The industry holds its breath.