Home All News Tech News Is TikTok worth Microsoft giving a piece of the sale to Donald... 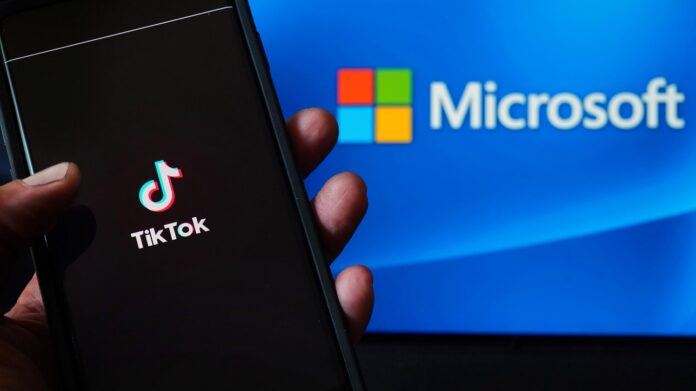 Donald Trump has been able to jump right into the potential sale of popular app TikTok and Microsoft. Even trying to get a ‘taste’ of the action. What’s most interesting is that the president knew of Microsoft’s interest in the company before he threatened to ban it in America.

Then shortly after Microsoft reached out to the White House, he chose not to ban it, but much like a scene out of a mob movie, he felt the Treasury Department should get a percentage of the sale. While some may see the interest as odd, but acquiring TikTok’s operations is North America, New Zealand and Australia would benefit many of the tech giants existing companies. Plus it would create a very strong competitor for YouTube and Facebook.

The key part of any TikTok deal will be the data and users Microsoft gains access to. This is the driving force behind concerns from the Trump administration over TikTok’s potential ties to the Chinese government and how that data might be misused. Microsoft acknowledges the data’s importance in its blog post confirming acquisition talks, noting that “Microsoft would ensure that all private data of TikTok’s American users is transferred to and remains in the United States.”

This data could be used by Microsoft in a variety of ways. The software giant has long used Xbox Live to fuel parts of Microsoft Research for future software and hardware projects, and the usage data helps game developers and Microsoft better understand how people use their Xbox. Understanding how people interacted with and used the Kinect accessory for the Xbox ultimately helped Microsoft develop and improve HoloLens, too.

TikTok could help correct a Microsoft blindspot and even influence how other software and services are developed inside the company. Microsoft has all the data it needs on business usage of software, but it hasn’t been successful with pure consumer services in recent years, which has left the company with a gap of insight into consumer behaviors.

That’s particularly relevant when you consider that a large number of young Americans are growing up in an environment dominated by Android, iOS, and Chromebooks in classrooms. With Gmail also dominating consumer email usage and document sharing through Google Docs, it’s possible to grow up in the US without needing any Microsoft software or services. Microsoft missed the mobile revolution and has been playing catch-up ever since, but it doesn’t want to miss an entire generation of future workers.

TikTok gives Microsoft a direct line to millions of youngsters using the app to watch videos and even those who use it to create content. Microsoft has tried desperately to adapt its Windows operating system to be more consumer-friendly with video creation apps, but TikTok offers an easy way for millions to create videos from their phones instead.

Microsoft could take advantage of that direct access to TikTok users with ads for Surface, Xbox, and other products, or even as another base for its game-streaming ambitions. Google is planning to leverage YouTube to integrate its Stadia streaming service, and TikTok would give Microsoft a response with xCloud game streaming. Microsoft had been planning to use Mixer for Xbox game streaming, but the service never gained enough traction, and the company was forced to strike a deal with Facebook for xCloud integration instead. It’s not hard to imagine watching a Call of Duty video on TikTok and then being able to click and instantly play the game as it streams to your phone via Microsoft’s xCloud service.

Microsoft also has broad ambitions for artificial intelligence that go beyond just the workplace. While its initial foray into AI-powered chatbots for consumers didn’t go to plan, Microsoft does need a consumer testing ground for its AI work that goes beyond Office. TikTok already utilizes AI for facial recognition with the app’s popular filters and in the recommendation engine that drives the For You feed. TikTok’s AI feed dictates exactly what you see in the app, and the algorithm improves the more people use TikTok.

TikTok has also been venturing into augmented reality, with both filters and ads that utilize AR. Microsoft’s AR ambitions have been largely limited to its HoloLens hardware, Windows Mixed Reality headsets, and some experiments on mobile with Minecraft. TikTok would be another gateway into the mobile world of AR for Microsoft.

The latest twist in the TikTok saga is an especially strange turn in a tale filled with strange turns. Suddenly, Microsoft — known primarily for work software like Windows and Office — is in talks to buy the popular Chinese-owned video app, which has raised national-security concerns for U.S. officials.

The U.S. government is effectively forcing ByteDance, TikTok’s owner, to sell so it can salvage the app in the U.S., a huge and valuable market. President Donald Trump has threatened a “ban” on TikTok and other administration officials and U.S. lawmakers of both parties have said the app’s Chinese ownership is a concern.

It’s unclear what shape such a ban would take or whether the sale will go through. TikTok’s users are posting videos saying they are upset and angry.

Here’s what all the fuss is about.

TikTok? What is it?

The app is a home for fun, goofy videos that are easy to make and to watch. That’s made it immensely popular, particularly with young people, and U.S. tech giants like Facebook and Snapchat see it as a competitive threat. TikTok says it has 100 million U.S. users and hundreds of millions globally. It has its own influencer culture, allowing people to make a living from posting videos on the service, and hosts ads from major U.S. companies.

ByteDance Ltd., a Chinese company, launched TikTok in 2017, then bought Musical.ly, a video service popular with teens in the U.S. and Europe, and combined the two. A twin service, Douyin, is available for Chinese users.

Why is the United States worried about TikTok?

TikTok, like most other social networks, collects data about its users and moderates what’s posted. It grabs people’s locations and messages they send one another, for example, and tracks what people watch in order to know what kinds of videos they like and how best to target ads to them.

Similar behavior has raised concerns about American social networks, but Chinese ownership adds an additional wrinkle, because the Chinese government can demand that companies help it gather intelligence. In the case of TikTok, this remains a hypothetical threat, said Samm Sacks, a researcher at Yale Law School’s Paul Tsai China Center — but it could be happening.

TikTok has vowed that U.S. user data is not stored in China and that it would not hand over user data to the government. But experts have said that if the Chinese government wants information, it will get it. The U.S. government has also cracked down on Chinese telecom companies Huawei and ZTE because of this worry. The companies deny that they facilitate spying.

There are also concerns about TikTok censoring videos critical of China, which TikTok denies, or pushing propaganda. Advocates in the U.S. also say the company is violating children’s privacy laws.

No. China’s economic espionage is a well-known threat, and similar user data concerns were raised about Huawei, the telecom equipment maker. The Chinese military or groups with ties to it are accused of massive hacks of sensitive information from credit bureau Equifax and the federal Office of Personnel Management.

But several experts say that the U.S. government is lashing out at Chinese tech companies without taking significant steps to protect Americans’ privacy with federal legislation and while working to undermine encryption, which allows secure communications that can’t be easily read by outsiders.

“We’re trying to solve the issue of how you manage all the security risk that comes from massive data collection in an unregulated space, and we’re trying to solve it by playing whack-a-mole with different Chinese companies that we see as threats,” Sacks said. “We get into dangerous territory where the U.S. government is controlling what Americans can and can’t do…. This is technonationalism.”

Trump may also have reason to personally dislike TikTok, which has started to join the U.S. political conversation. In June, young people carried out a campaign on TikTok and other apps to troll the president by artificially boosting expected turnout for a Trump rally in Oklahoma. Sarah Cooper, a comedian who lip-syncs Trump’s statements in videos that make him look ridiculous, is a TikTok star.

“I think the security concern frankly has come down to the parent company is Chinese and that’s what U.S. lawmakers have a problem with,” Sacks said. If that’s the issue, a Microsoft deal would solve the problem.

In remarks to reporters Monday, Trump said he supported such an arrangement. He said “we’ll close down (TikTok) on September 15 unless Microsoft or somebody else is able to buy it.” He said such a deal would require that the U.S. government “gets a lot of money” because it’s enabling the deal to happen. But not everyone in the White House may be in agreement; presidential trade adviser Peter Navarro said on Fox News Monday that the deal was a problem because of Microsoft’s operations in China.

Will Microsoft buy TikTok after Trump wants a piece of the action?

Microsoft has the best chances to buy the app. Other potential Big Tech buyers, especially Facebook and Google, would likely face antitrust concerns if they tried to buy TikTok.

Microsoft does already own the professional and job-hunting site LinkedIn, and it is the No. 4 digital ad company in the U.S., after Google, Facebook and Amazon. But TikTok would be a sharp change in direction away from workplace services for Microsoft.

In a blog post, Microsoft did state that is was “committed to acquiring TikTok subject to a complete security review and providing proper economic benefits to the United States, including the United States Treasury. This is the most the tech giant has said about Trump wanting a percentage of the sale. Some have called the president’s action “extortion/mob tactics.”

What happens to TikTok after the sale?

Microsoft is in talks with ByteDance and plans to complete those by Sept. 15. Any deal may involve other American investors as well.

Microsoft’s plan would be to own and operate TikTok in the U.S., Canada, Australia, and New Zealand. That might complicate things if the service has different owners in different parts of the world.

Exactly how would a ban of TikTok work, anyway?

That’s also not clear. TikTok could have been put on a Commerce Department list, like Huawei is, that cuts it off from business with U.S. companies. That could mean it wouldn’t work on the Apple and Google app stores. But it’s an unprecedented situation for a consumer app.

“Never in our history since we’ve had app stores on smartphones have I been able to find an example where an app was actually banned by the U.S. government,” said Theresa Payton, the former White House Chief Information Officer and CEO of a cybersecurity consultancy.

If TikTok gets banned what will happen with China and U.S. relations?

Tensions between China and the U.S. have been increasing over trade policy, diplomatic relations and cybersecurity concerns. The U.S. has pressed allies to crack down on Huawei and imposed sanctions. Trump has also misleadingly blamed China for the coronavirus pandemic, calling it the “China virus.” 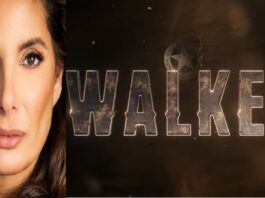 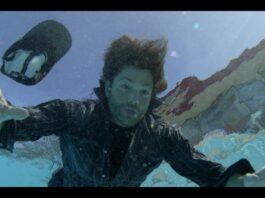 ‘Walker’ has Jared Padalecki go undercover as Duke with Episode 1.05... 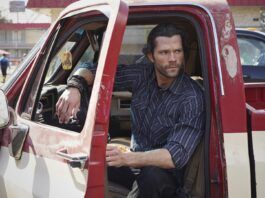