Home All News Tech News Will Apple Shape the Future of Laptops with the New MacBook? 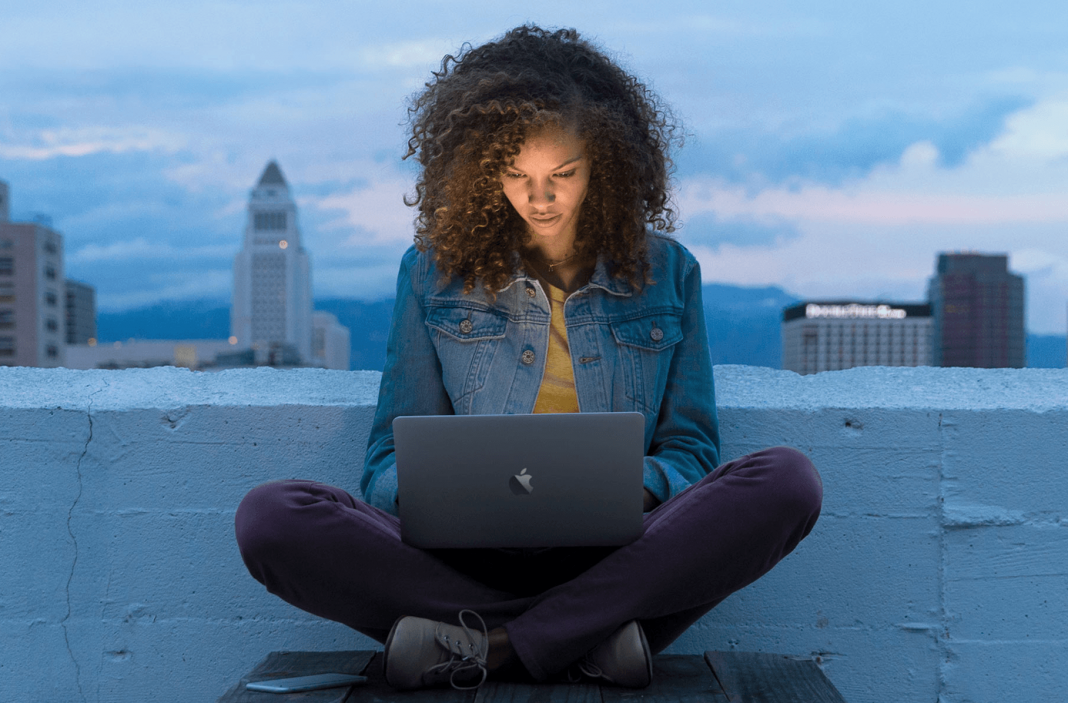 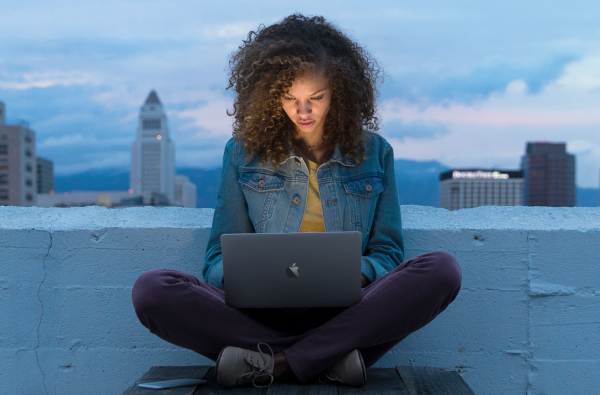 There’s no stopping Apple from slimming down its laptops as much as it possibly could growing closer and closer to space-age design. The newly released 12” New Macbook is a testament to Apple’s mantra of combining style, art and engineering as only Steve Jobs could envision. Will this new MacBook be the model for future laptop design as did the first MacBook Air? Should we thank Apple later for further pushing the adoption of wireless device connectivity by virtually going portless?

Apple’s new 12″ ultra-thin MacBook is a fine piece of engineering. It’s only 13.1mm thick, has an edge to edge 2304×1440 retina display that has been maximized resulting in a nearly zero-bezel screen. The display is less than a millimeter thin and consumes 30% less power but maintains the same level of brightness of previous models. The keyboard is also made edge-to-edge and the keys were made closer together. It also sports a force-touch trackpad, the same technology used on the Apple Watch. The laptop is also silent as it has no fans (nor does it need any) to cool down its Intel Core M Broadwell dual-core 1.1GHz processor. The New MacBook also has 8GB of RAM and 256GB SSD. This slimmed down MacBook only weighs two pounds. It has an aluminum unibody and comes in silver, space gray and gorgeous gold. There’s no argument that Apple wins when it comes to making things as cutting edge as possible however, there’s only one downside to the New MacBook. There are only two ports available. An audio jack and one USB 3.1 Type C port. 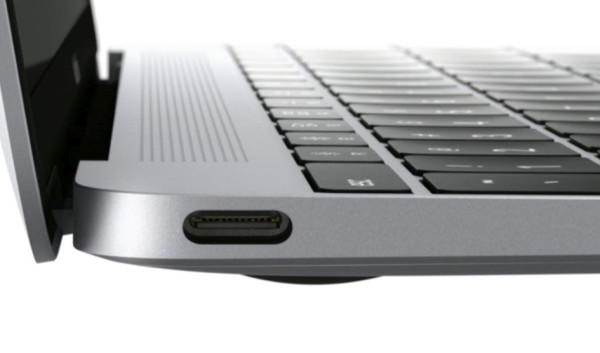 Given the benefit of a doubt, Apple’s seemingly terrible decision put only one USB Type C port on the new MacBook is not a blunder but a nudge to a more wireless future. It’s similar to saying that replacing the Start Menu with a Start Screen to make Windows 8 more modern wasn’t a mistake in Microsoft’s part. Both decisions aren’t meant to reflect the overall product. Both decisions were meant by both companies to push users towards their vision of the future. Windows 8 did push many manufacturers to create touchscreen hybrids and while Apple’s aesthetic designs for the New MacBook could be copied by other laptop manufacturers, its single Type C port is still subject for debate. The lack of ports can be debilitating. The two USB ports of the inexpensive 15” Dell Inspiron laptop feels debilitating enough already. There probably won’t be any doubt the New MacBook’s a stellar product if it had two more type C ports.

One thing Apple is consistent in doing is looking into the future, which is great for the industry. It gave us colorful computers with style, music players with thousands of songs, revolutionized music distribution, made touchscreens cool and gave tablet computing much credibility. The company’s problem when ushering the future is its tendency not to look back, disregarding backwards compatibility which alienates its own user base. The company saw a future in the Graphical User Interface and focused on the Macintosh lines deprecating its large Apple II user base. Apple then moved away from its old MacOS system and introduced OS X. Apple later shifted architectures by using Intel processors so old software meant for the MacOS and Motorola-based computers will no longer work on new systems. Apple also got criticized when it changed connectors starting with the iPhone 5 but the reversible lightning connector did inspire USB 3 Type C. Despite these, Apple continues to be a driving force in the industry and its new offerings seemed hard to resist even to those old users Apple pushed aside. Apple has a way of convincing people that the future is what they offer and it’s time to move on. 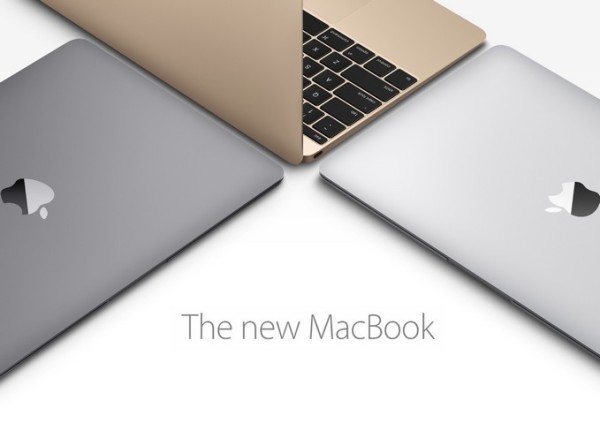 I read some complaints in an old issue of MacLife when the new slim iMac came out in 2013. Customers complained that it was a mistake for Apple not to include an optical drive, even a slim one for aesthetics sake. Apple reasoned out as well as the editor that it was already the age of portable hard drives and high capacity USB sticks and that optical drives and discs were already passe’. Buyers of the new Macs again wouldn’t be able to use their old CD/DVD-based software or rip their CD collection without having to purchase an external DVD drive. Apple’s new systems also do away with Firewire (a standard Apple created) and the New MacBook doesn’t have Thunderbolt, a fairly recent standard.

But who said ushering in the future would be easy? Apple’s decision to have only one port is obviously in part for aesthetic reasons except it inhibits the laptop’s functionality. You can’t plug more than one device in at the same time. Its productivity value is affected if the user prefers to use an Apple mouse instead of the touchpad as many laptop power users do. Use a bluetooth enabled mouse Apple says. With a mouse plugged in, users won’t be able to stick in a USB stick or portable hard disk. Use a wireless NAS Apple says. Can’t stick anything else if the laptop is low on power and I need to charge when I use it. Everything else should be wireless Apple says. 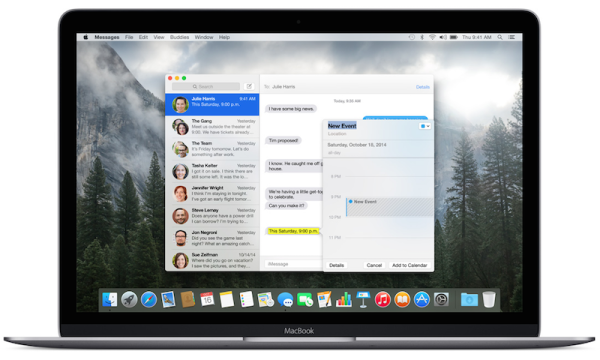 Apple does have a point since later on, everything would be wireless, including charging up the laptop. The laptop probably wouldn’t have ports at all if Apple could get away with it. The unit still needs to be charged by wire though and it’s a good bet the use of the Type C port for anything else might just be an afterthought. Apple does provide a separate hub which include standard USB ports, thunderbolt and display port.