Home All News Tech News How Does Twoogle Sound to You?

A while ago, the internet was abuzz with the rumor that one of two companies was after Twitter. One of those companies was Google. The other was unmentioned. It might be a large media company or another tech giant such as Microsoft or Apple. But let’s focus on Google. How does Twoogle or Twiggle sound to you? At least they sound better than Gooter.

The last one must have earned a chuckle because it sounds a bit like gutter which is what Twitter thinks about the prospect. Google could either improve Twitter or gut it. So far, Twitter is doing well on its own, selling its own ads between tweets. Twitter allegedly hired Goldman Sachs for advice. One good result of the rumor was a 4% rise in Twitter stock. The same thing happened a few years ago when the Great Search Engine tried to eat the Great Bird of the net which resulted in the bird’s 3.3% percent rise. How much is Twitter now? The bird is worth 34 billion. Apple has over 178 billion to spare and Google has over 60. Not sure how much Microsoft has, (over 90) but it’s a good bet it can afford Twitter too. With Twitter’s huge social media coverage, the purchase would be worth it for the three companies especially Google. Twitter is a great platform from which to double Google’s ad revenues. Twitter would also add to Google’s social media coverage. 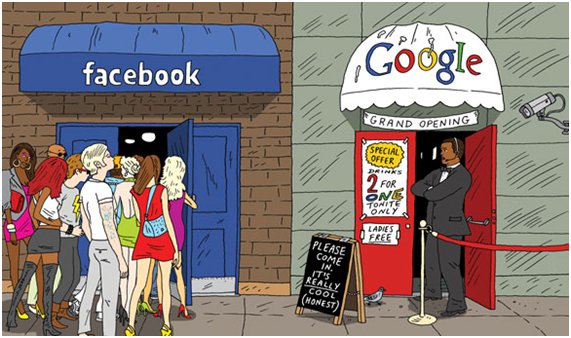 Let’s face it, Google sucks at social media. Google+ is a giant white elephant going nowhere. It basically just exists attached to other more popular Google services. Hardly anyone says ‘to check out what I had for dinner in Google+’. Banal announcements such as that can be done through Facebook, Twitter and Instagram in all its colorful, mouth-watering glory. With Twitter in Google’s stable, people can #twoogle their breakfasts, second breakfasts, brunches, lunches, afternoon tea, supper and dinner to their followers and Google takes the credit and the tweets appear on Google+ too. As mentioned, Twitter will practically double the search company’s ad revenue much to the chagrin of Twitter users in case they see double the number of ads on their feeds. With a social media giant such as Twitter, Google might even scrap Google+ and save itself time, resources and money and improve on its other hit systems such as Google Maps and Google Earth.

From the users’ point of view, the possibility of seeing more sponsored tweets is a dreadful prospect. On the point of view of people on metered data, that means more unnecessary streams of unwanted bytes of sponsored tweets and gifs instead of just a couple of sponsored tweets or ads followed by tweets of followers and their following. Currently, tweets can be searched in Google’s search engine but there’s the possibility that there the percentage of tweet results could rise and muddle up actual search results for a certain topic. But it would seem nice to have a Google search box on the Twitter page and a tweet box in Gmail. Users could also keep tweets for posterity by sending them to Gmail and for some reason forward a cute cat video sent to Gmail and directly tweet it.

Also for a company like Twitter with a market cap of over 34 billion, it wouldn’t hurt to have a 360 billion company backing it up so long as the same geniuses involved in Google+ won’t be in charge. Twitter users would most appreciate if the company remains autonomous and the only additions to the interface would be the aforementioned. Twitter’s membership could also significantly increase since Gmail or Google+ subscribers not already in Twitter could become instant users and vice versa.  However, if the social media company decides to nest on Google, its standing in China would significantly drop due to Google’s ‘limited’ presence there.

Another product by Twitter’s founders, Blogger is doing well so far, except for that fiasco regarding posting explicit images encroaching on the internet’s freedom of speech and expression. Speaking of being able to record and delete blog entries on a whim, would everyone be comfortable if Google got its hands on tweets as well? It already does anyway through the Google-Twitter search agreement except Google would actually own them this time. A few netizens are already somewhat wary of the search giant with regards to privacy as Google-search-term related ads find their way into Facebook’s ad feeds. That could double once Google gets direct access to all tweets.

The idea of #Twoogle or #Twiggle would only sound cute as long as Google doesn’t mess things up such as cluttering the simple Twitter interface and mix it with Gmail or Google+, making tweet lengths unlimited or even adding SEO rules to them. Simplicity is one of Twitter’s hallmarks and Twitter works well as it is. Otherwise, why would two very large companies want it?