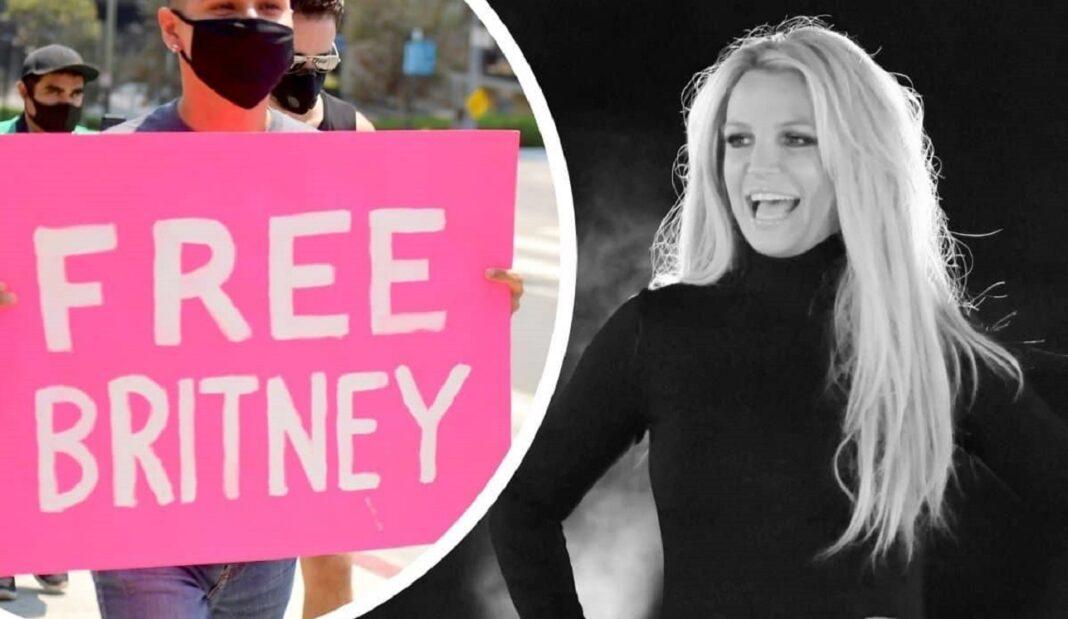 It’s been over a year when Britney Spears went to court to regain control of both her life and career. As an artist trying desperately to get out from under a man’s control, Spears will have to wait even longer as a US court has rejected her attempt. The judge did say she would consider future appeals for his dismissal or outright removal.

Many people have forgotten the long sad story of Spears not having any control of her life or career for the past twelve years. Her diehard fans have kept vigil with #FreeBritney campaigns to no avail.

Britney Spears fears her father and will not resume her career so long as he has power over it, her attorney said in court Tuesday.

Los Angeles Superior Court Judge Brenda Penny declined to suspend James Spears from his central role in the court conservatorship that has controlled his daughter’s life and career for 12 years as Britney Spears’ attorney Samuel D. Ingham III requested at the contentious hearing. But the judge said she would consider future petitions for his suspension or outright removal, which Ingham plans to file.

“My client has informed me that she is afraid of her father,” Ingham told the judge. “She will not perform again if her father is in charge of her career.”

The pop star has been on an indefinite work hiatus since early 2019.

James Spears’ attorney, Vivian Lee Thoreen, defended what she said was his perfect record in his run as her conservator, which has seen her net worth go from in debt to well over $60 million.

Thoreen argued that the disruption caused by his removal would do her the very harm the suspension is meant to prevent.

“I don’t believe there is a shred of evidence to support my client’s suspension,” she said.

Thoreen also objected to Ingham’s statements about the father-daughter relationship as inadmissible hearsay.

The judge did approve that a corporate fiduciary, the Bessemer Trust, will now serve as co-conservator over her estate along with her father, which Britney Spears had requested.

Most of the attorneys involved, along with Britney Spears’ parents, took part in the hearing via phone and videoconference. The pop star did not attend in any form.

The conservatorship, known in many states as a guardianship, began in 2008 when she was having serious mental struggles and an often public meltdown. The arrangements are normally limited to people with severely diminished ability to make decisions for themselves, and are meant to be temporary, but Britney Spears, 38, has remained under court control longer than anyone expected.

Ingham on Tuesday called her a “high-functioning conservatee” who deserves at least notice of the actions her father is taking, which he has declined to provide.

Ingham said Spears has not spoken to her father in a very long time.

Thoreen argued that the reason father and daughter have not communicated is because Ingham has prevented it.

Britney Spears has acknowledged that the conservatorship was necessary when it began, and probably saved her career, and she remained silent both in public and in court for nearly all of its existence, with her attorney acting mostly as a neutral observer.

But starting in August she began publicly seeking to choose who had power over her, asking for greater transparency in the court’s often secret moves, and even declaring that she was sympathetic to fans who have increasingly demanded in protests and online posts that those in control must #FreeBritney.

Dozens of those fans protested outside the downtown Los Angeles courthouse as they do for every Spears hearing, and a few, wearing #FreeBritney face masks, sat in the courtroom that was sparsely attended because of coronavirus spacing guidelines.

For most of the conservatorship James Spears also served as conservator over not just his daughter’s finances but her person, giving him great control over her life decisions. He stepped down temporarily from that role last year, citing health reasons, and Britney Spears has requested that his temporary replacement, Jodi Montgomery, be made permanent.

In documents requesting James Spears’ suspension, Britney Spears said he had no intention of working with the Bessemer Trust as co-conservator, and that he meant “to retain full functional control of her assets, books and records in the face of Britney’s objections.”

She also cited his recent failure to notify her that her business manager had resigned and he had appointed a new one.

James Spears’ attorneys argued that in appointing a new business manager he was only keeping the continuity of his daughter’s business flowing and doing his job as conservator, and had no legal requirement to inform her of his moves.

Thoreen also defended Mr. Spears’ record as conservator. “When he assumed the role, Ms. Spears was fighting tens of millions of dollars in lawsuits. But under his guidance,” Ms Thoreen said, “her business operation was now worth $60 million.”

His attorneys said in court filings that his “sole motivation has been his unconditional love for his daughter and a fierce desire to protect her from those trying to take advantage of her.”

Most of the proceedings in the Spears conservatorship have been closed to the public, making Tuesday’s hearing a rare glimpse into the family drama happening behind the scenes.

Britney Spears’ mother and James Spears’ ex-wife Lynne Spears, who has been allowed to take part as an interested party, said through her attorney that her daughter should not be forced to obey her father’s unreasonable demands, calling their relationship “toxic.”

“It has broken Lynne’s heart that things have come to this point,” the attorney, Gladstone N. Jones, said.

Jones said Lynne Spears has no ill will toward her ex-husband, but she thinks it’s “time to start fresh” and remove him.

“Contentiousness is not uncommon in families,” Jones said, “but this is not a usual family.”