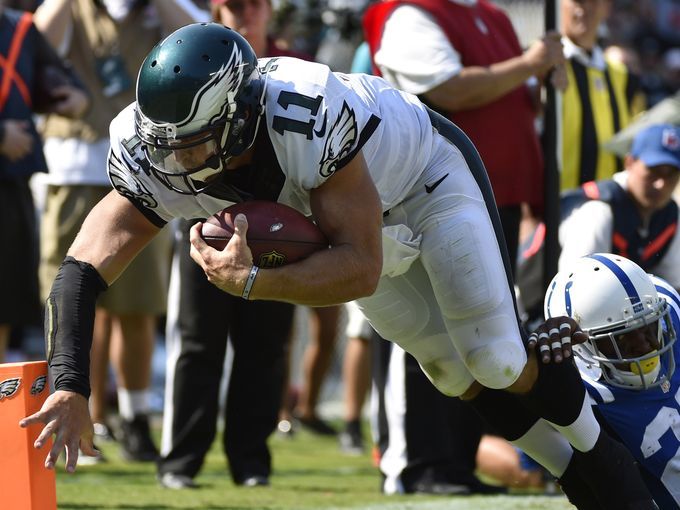 The NFL is back! I know it’s just preseason football, but the excitement is still there after enduring a long summer of other sports that just don’t do it for me or the rest of America. I will take a preseason NFL game over a regular season baseball game any day. The exhibition football game may not mean much, but does the 12th matchup of the year between the Braves and Nationals really matter?

We got a slew of games this past week, so we need to run down the list of Winners and Losers to see which players and coaches made the highlight reel for the right reasons versus the ones who would have preferred to make no news at all.

NFL Grown Man of the Week: We’ve got plenty of idiot athletes making the news for all the wrong reasons. This week we highlight an NFLer who made a positive impact on the world. Everyone knows at least one person close to them who has been affected by cancer. It was tremendous to see Eric Berry of the Chiefs back in uniform after being declared cancer free. You can tell how much he appreciates not only being able to play football again, but how thankful he is to just be alive.

Berry: “I’ve got to take advantage of this opportunity because it’s bigger than football. … It’s just amazing seeing how everybody else gets so much hope just from seeing me strap on the pads even before I could get on the field. Just to see me practice and see me out there on the team does so much for them. So I’ve got to go hard. I’ve got to give everything I’ve got.”

NFL Child of the Week: Gotta hold ballers’ feet to the fire when they act like unruly children. This week’s dishonor goes to Geno Smith of the Jets. It wasn’t enough for him to get punched in his grill which led to a broken jaw that will keep him on the sidelines for up to 10 weeks. This former first round pick though it wise to play catch shirtless with a buddy outside his home. The eye black put the icing on the cake. Todd Bowles was none too happy with his quarterback and will have a short leash for him going forward. Smith has made Bowles’ first few weeks as a head coach very eventful in all the wrong ways.

Some are predicting Smith has played his last down in New York. That’s possible, but it of course depends on how the remaining quarterbacks, with jaws intact, perform.

Winner: Tim Tebow is back on the scene after not playing in the League since 2013. You excited? He had a nice gig on the SEC Network but preferred to take another stab at a QB career in the NFL. Chip Kelly is an imaginative guy so maybe he can keep Tebow on the roster once the real games start. He could always just be the hype man for the crowd that seemed to love him. The former Gator got a standing ovation and had to ask Eagles fans to tone it down so he could call a play….in a preseason game!

Tebow did fine as his passing ability looked more polished than last we saw him. He made a great touchdown run, which comes as no shock. The man hasn’t forgotten his best skill, namely finding the goal line and first down markers.

Loser: Chip Kelly and the rest of Tebow’s teammates. These guys will now have to deal with Tebowinsanity. ESPN’s First Take is licking their chops as Stephen A. and Skip are downing extra pots of coffee so they can yell at each other about Tebow for the next few weeks.

Winner: Phillip Rivers just got paid. Dude likely doesn’t even remember his preseason stats after he ended up signing an extension that will pay him $65 million guaranteed! Not bad for a guy that can’t seem to carry his team to the big game. Great regular season QB that just isn’t Tom Brady when it’s money time.

Loser: The Chargers. That is a lot of cash to tie up in a quarterback who is not on his way up to his prime. Letting him walk sounds crazy and no team likes to start over with a rookie QB, but sometimes you got to hit rock bottom before getting to the ultimate destination, a Super Bowl.

Winner: Dan Quinn is a hit in Atlanta….after four quarters of preseason play. I will say that the Falcons looked like a different defense, flying around making plays. But I’m not going to get caught up in the hype just yet. I need to see the defense getting sacks, stripping the QB, and actually being a help to the ATL offense when the regular season rolls around.

Loser: Kevin White and the Bears are both hurting after this top ten pick fractured his shin. White will miss significant time and possibly even his entire 2015 rookie season. This is bad news for the Bears coming off a 3-13 season in which Jay Cutler showed he needs all the help he can get at receiver.

Winner: Rex Ryan, who was quick to pick up Ikemefuna “Jawbreaker” Enemkpali after the Jets dismissed him for wrecking their QB plans. This linebacker may not even make the BIlls final roster, but if he does, Ryan has a player that will show ultimate loyalty. Big difference from being unemployed and having a second chance with a pro team.

Loser: Ray Rice is still without a team. It looks like it will take a franchise full of desperation to take on his baggage. If the Texans didn’t bite after losing Arian Foster, I don’t know what could constitute more desperation that that.

Loser Tweet: Participation trophies are turning Americans into entitled softies and losers, according to James Harrison. No doubt!

Winner Tweet : This would be most sane folks’ reaction to RGIII saying he is the best QB in the NFL.