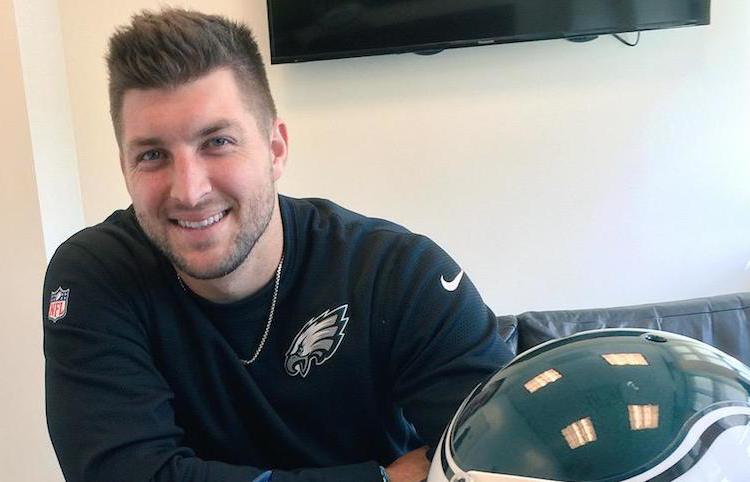 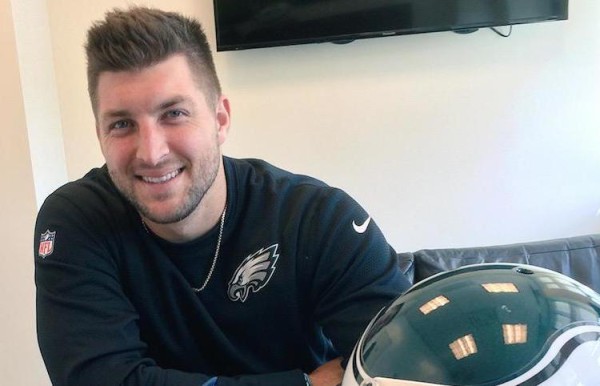 That’s right ladies and gentlemen: hell has frozen over, pigs have flown—Tim Tebow is back in the NFL. The Philadelphia Eagles have signed the quarterback who hasn’t played since 2012 to a one-year contract to compete for a roster spot, just the latest in a long line of questionable moves by head coach Chip Kelly.

Tebow has been somewhat of a running joke amongst NFL fans: everywhere he goes he sucks. Sure, he has that stretch in 2011 with the Denver Broncos where he won six games in a row on magical 4th quarter comebacks; but the best team that they beat over that stretch was the Chicago Bears who were 8-8 that season. The majority of those wins came from the defense which was one of the best in the NFL that season.

Yes, he won a playoff game at home against the struggling Pittsburgh Steelers. No one can take that away from him, but that also doesn’t make him good. Tebow has a helpless throwing motion and the overall football IQ of a high school quarterback. He also completed 34.6 percent of his passes the next week.

His 2012 season with the New York Jets and his short stint with the New England Patriots were pretty sad as well. So what is Kelly doing bringing in Tebow? Sure, the Eagles aren’t exactly stacked at quarterbacks with Sam Bradford and Mark Sanchez; but even they aren’t in danger of losing their spot on the depth chart to someone like Tebow.

That’s not what Tebow is heading to Philly for though. Rather, Tebow will help Kelly out in another way—distracting the media and fans from his crazy offseason moves.

Kelly knows that Tebow has no place in his fast-pace, up-tempo offense; and the best case scenario for Tebow is coming in a few plays here and there and maybe completing a pass. The important thing is, Tebow draws media attention away from every other aspect of the organization. 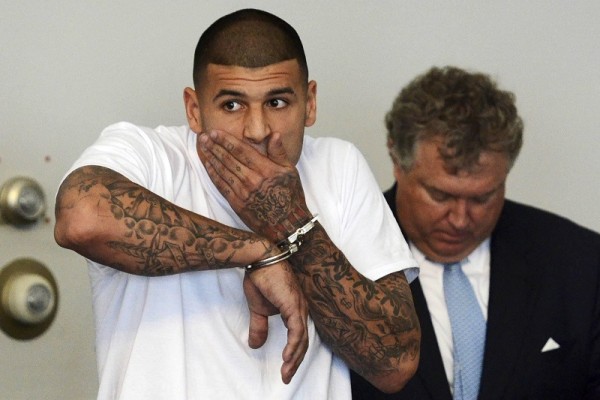 Tebow was most famously used by Patriots head coach Bill Belichick for this purpose when the Aaron Hernandez story first broke. Belichick’s plan caused the media to completely lose focus on the fact that he had been playing a murderer, and instead everyone found themselves concerned with what deodorant Tebow wore to practice that day.

Likewise, Tebow is coming at the perfect time for Kelly. Everyone wants to know what he’s going to do about the quarterback situation: he can play the unreliable and injury-prone Bradford, the butt-fumbler, or he can mortgage away the future of the Eagles to grab 2014 Heisman Trophy winner Marcus Mariota. At this point, Kelly probably knows what the team is going to do; however, he would much rather answer questions about how Tebow did that day than tell everyone what he’s going to do and be subject to more criticism. 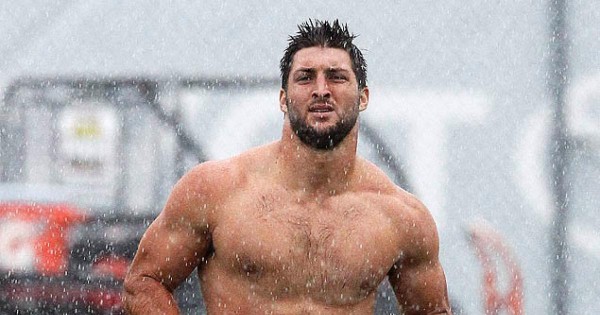 For that reason, Tebow will probably stay with the Eagles for a good amount of time. Every time an article is written about Tebow running shirtless through the rain, an article is not being written about how close Bradford’s next injury is or what humorously awful play Sanchez made this week.

Also, going back to the best-case scenario, Kelly is an amazing coach. He has worked wonders with average and below-average quarterbacks before. In fact, there was a point during this past season where people thought that Kelly had resurrected Sanchez’s career.

That may have been a bit of an overreaction, but Kelly will definitely find something to do with Tebow. Simply putting in Tebow for one or two plays a game in a wildcat formation would be enough for people to freak out about how magical Kelly’s coaching style is. One rushing touchdown would make Kelly a god in their eyes.

Don’t expect much from Tim Tebow in 2015; but if he is still on the roster come Week 1, maybe he’ll get lucky and fall into the endzone eventually.