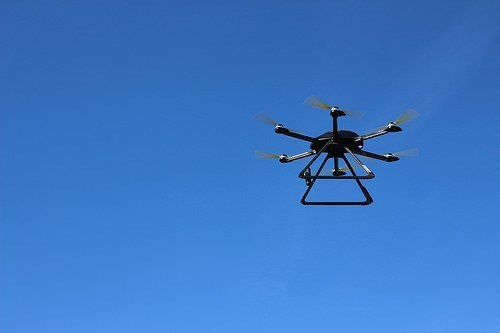 If you’ve been living under a rock for the past ten years then you probably won’t have noticed the explosion of gadgets and technology that’s taken place across the world. Thanks to companies such as Apple, Google and Microsoft, the sci-fi fantasies of yesteryear are now sitting in our living rooms and making our lives just that little bit easier.

Modern society now functions as a product of technology and technology functions as a product of our society. This symbiotic relationship has shaped the way we all now experience the world around us. From live video streams and downloadable music to mobile apps and on-demand content, everything and anything you need can be beamed directly to you via a phone, tablet or computer.

Essentially pop culture has met with a new high-tech revolution and that’s opened up a wave of new possibilities. One such possibility for this new pop-culture-meets-tech-world is bringing some of the comic book community’s greatest inventions to life. Of course, to predict the future you have to look to the past, which means counting down some of the fictional technologies that have been brought to life over the last few years.

The Mother Box aka the iPhone

Jack Kirby (and his creative partner Stan Lee) must have had an eye towards the future when he created the mother box for his four New Gods of the Fourth World: Mister Miracle, Orion, Big Barda and Highfather. Kirby’s box of tricks was basically an all singing, all dancing device that allowed the gods to communicate, access information and create force fields. Although iPhones can’t create energy barriers between you and danger, they can bring a world of information, communication and entertainment to the palm of your hand much like the Mother Box.

The Two-Way Wrist Radio aka Smartwatches

When Smartwatch developers such as Samsung and Apple first had their visions for wearable tech they probably had Dick Tracey’s two-way wrist radio in mind. Dreamt up by Tracey’s creator, Chester Gould, this watch allowed the super sleuth to communicate with people via his watch and even see them on a small screen. Although Smartwatches don’t yet have FaceTime (they likely will in the future), they do allow you to communicate with people around the world with a flick of your wrist.

The Flying Eye aka Drones

Some people have called drones the product of evil government control and, in part, they may be right. However, modern drones could also be used for good as they were in the classic Batman series. Needing a new invention to monitor his enemies, the Caped Crusader invented the Flying Eye. This was a small airborne drone that relayed information back to him in real time much like today’s products.

Over the years there have been many more examples of how sci-fi and comic book creations have been brought to life thanks to new technology. That trend will likely continue in the future. In fact, as technology continues to shape and influence pop culture, it’s likely we’ll see some of the latest Bond gadgets or comic creations turn from fiction into reality in the coming years.