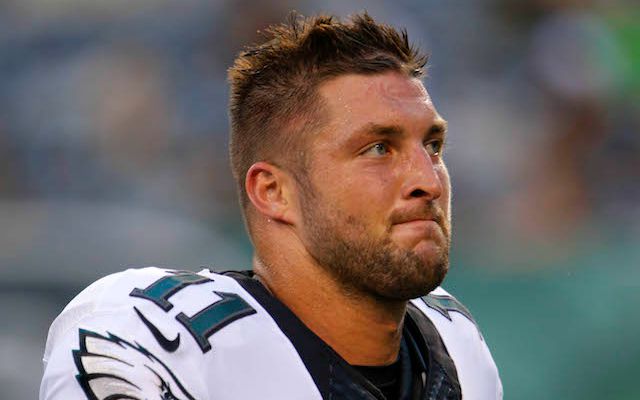 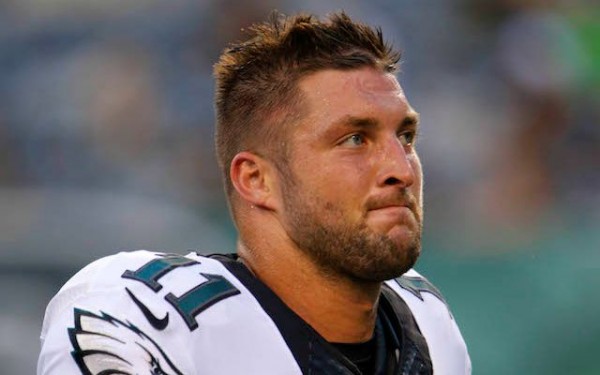 Chip Kelly definitely knows how to keep Philadelphia Eagles fans on their toes, and after he traded Matt Barkley to the Arizona Cardinals on Friday, it seemed that Tim Tebow was secure on the team even as third-string quarterback. Tebow also had his best preseason performance against the New York Jets on Thursday, so it made perfect sense to make the assumption.

Saturday proved to not be the case when it was announced that Tebow was cut along with 21 other players before the NFL’s roster deadline his the 4 PM hour.

“We felt Tim has progressed, but we didn’t feel he was good enough to be the (No.) 3 right now,” Kelly said.

The 2007 Heisman Trophy winner was trying to return to the NFL after missing two seasons.

The Eagles currently have only two quarterbacks on the roster: Sam Bradford and Mark Sanchez. Bradford looked sharp in limited preseason action, but he had surgery to repair a torn left ACL twice since he last played in a regular-season game in October 2013.

“He really improved his throwing motion from when he was throwing a couple of years ago,” Kelly said. “He worked extremely hard on it and deserves a lot of credit for that. I talked to him a little earlier (Saturday) when we released him.

“He just needs to get more playing time. Get out there and get actual reps. Because he has done a ton on his own from an individual basis, but it is about taking that next step and playing (in) the game.”

It’s possible Tebow returns to the Eagles if either Bradford or Sanchez get hurt. He also can come back after the season opener and his contract won’t be guaranteed.

For now, the Eagles are going forward without him.

“We are not done,” Kelly said. “There could be a third quarterback. We’ll see what happens with the waiver wire. Whether we add a quarterback to the active roster or the practice squad, we’ll see.”

Tebow last played in a regular-season game with the Jets in 2012. He was cut by New England in training camp in 2013. He worked as a college football analyst on the SEC Network last year, but got another chance to play in the NFL when the Eagles signed him in the offseason.

Tebow led Florida to the national championship his junior season and was a first-round pick by Denver in 2010. He started 16 games during two seasons with the Broncos, including a playoff victory over Pittsburgh in January 2012. Tebow was traded to the Jets after Denver signed Peyton Manning.

As of Saturday, the Eagles’ roster limit was at 52, one under the league limit.

Tebow had this message for the team and Kelly later Saturday.

Thanks @Eagles and Coach Kelly for giving me the opportunity to play the game I love!
Romans 8:28 #Blessed