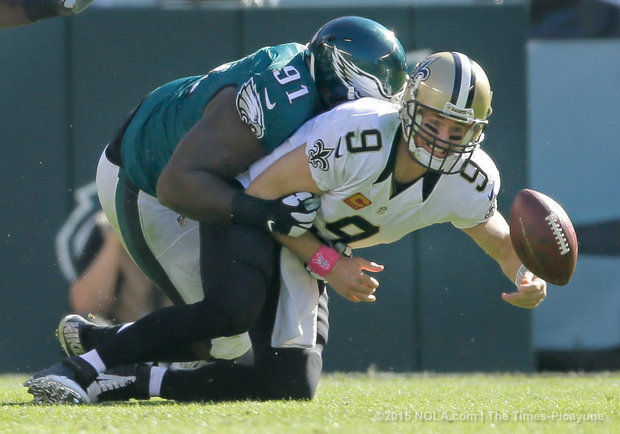 Detroit is a train wreck. They were a hot team in the playoffs last year then a bad call got them bounced. Now it seems like that bad vibe just carried over to 2015.

Arizona had their way with Detroit the entire way and got Matthew Stafford benched in the third. Carson Palmer hit for three touchdowns on just 14 attempts. This Arizona team is well rounded with Palmer back healthy and could compete with any of the other undefeated teams in the League.

Stafford was hit 11 times which says a lot about his ability to get rid of the ball promptly.

Fantasy Carnage: Palmer had a solid 18 points to lead all fantasy plays in this one.

Cincinnati is usually the team that gives up a big lead in big games. This time, they were the spoilers as they reeled Seattle back in after the Bengals were down 17 in the second half.

The comeback was mounted with the run game right into the strength of the Seahawks defense. And to give proper credit, Pac-Man Jones ignited the comeback with a prime-time return. Andy Dalton was on point again this week with 331 yards and a couple of TD throws.

Seattle can’t blame this loss on the absence of Marshawn Lynch. His backup, Thomas Rawls had a hell of a game with 169 yards, averaging 7.3 yards per carry. Those are better numbers than Lynch has ever posted in a game by the way.

Fantasy Carnage: Tyler Eifert has nice games when I do not roster the guy! He was at the top of TE fantasy play with 21 points (Antonio Gates tied).

The Saints were just what the doctor ordered for Philly. New Orleans is truly the Big Easy, as they are getting clowned on a weekly basis. The Eagles are not a good team and they pounded Sean Payton’s team.

By the way, Payton looks to be headed out of town with pregame reports of other job offers. Those were probably leaked by Payton’s camp. So while the Saints head coach isn’t attacking Rob Ryan on the sideline, he is brushing up his resume, that’s not too impressive when he has been without Brees over the years.

Fantasy Carnage: Willie Snead was a steal on daily fantasy play at just $3000 on DK.

Todd Gurley is a workhorse. That was not enough against one of the best teams in the NFL though. Gurley had 159 yards but needs to cap some of those runs with trips to the end zone. His Rams don’t have many other options that can actually score.

The strength of the Rams is supposed to be their defense, but Green Bay had the better defensive unit on Sunday and may be better overall.

Clay Mathews may have gotten tossed like a child by Todd Gurley, but the Thor lookalike got four hits on Nick Foles in this game.

Green Bay is just on another level, especially with a Rodgers Foles comparison.

The Pats have Tom Brady and Dallas has Brandon Weeden. Nuff said…not really. Weeden is 0-11 in his last 11 starts.

Dion Lewis is something special, eight catches in this one. If he were not, the Patriots would not have extended the young man this past week. He along with Edelman dissected the Cowboys defense to build a comfortable lead. Edelman is playing better than Welker in his prime. There I said it.

Greg Hardy was back in action after his four-game suspension. He didn’t hit any females this week, but Hardy did hit Tom Brady five times, including two sacks.

Dallas may have seen enough of Weeden and could start Matt Cassel next week.

Eye-Popping Stat: 30 yards a catch for Edelman in the game.

Fantasy Carnage: Brady is a safe play every week in DFS or season long.

Denver’s defense keeps winning games for them. Peyton has more picks than touchdowns so it can’t be on his shoulders. The run game needs to improve for this undefeated team to stay that way, however.

Charles Woodson picked off Manning for the first time in the defensive back’s career. That wasn’t enough as the Raiders offense could not generate points. Carr was sacked four times and his run game was of little help with 65 total yards.

Eye-Popping Stat: Emmanuel Sanders caught 9 of 12 targets to go off for 111 yards.

KC lost the game and the rest of their season when Jamaal Charles went out with a knee injury. The Chiefs fared poorly with their best player so I can’t imagine it getting better with him gone. The Bears now have a better record than KC, and Chicago was considered the worst of the bottom feeders by other experts and me.

Matt Forte is keeping Chicago alive. He went for over 100 total yards and is still a good player to have in fantasy play even on a lackluster team like the Bears.

Fantasy Carnage: Not much to choose from, but Forte was OK on DraftKings.

Doug Martin ran wild in this game, racking 123 yards and two scores to help Tampa to its second win of 2015. The Jags drop to 1-4.

This was Lovie Smith’s first home win since coming to Tampa Bay! Wow.

Blake Bortles had a great game stat-wise with four touchdowns. It wasn’t enough in this shootout between league doormats, though.

Fantasy Carnage: Bortles and Allen Robinson stacked was a great play on Sunday.

No Shady. No Sammy. No Karlos Williams. No problem. Tyrod got his team over the hump and into the win column in this tight game.

Taylor took a rough hit on a late drive but came back to toss a 46-yard pass that set up the winning score for Buffalo. The Bills are a scrappy team that can beat any of the mid-level clubs right now, even with injury issues apparently.

Mariota had a ho-hum game and failed to throw a touchdown pass. His Titans go how he goes and he just didn’t do enough against Buffalo to get the win.

Eye-Popping Stat: Tyrod led his team in rushing with 76 yards.

Fantasy Carnage: T-Mobile ran, threw, and even caught a pass. He was a solid fantasy play again this week.

How the Ravens scored more than 10 points is beyond me. They are weaponless and defenseless to boot. Now they are 1-4 after losing to the Browns.

Josh McCown had a career day with 457 yards in the air. Many of those yards went to tight end Gary Barnidge, who wrecked some fantasy contests.

Justin Forsett had a great game on the losing side, with 170 total yards.

Eli looked average much of the game but continued his comeback magic at the end. He picked San Francisco apart on the final drive using Shane Vereen to the point of obscenity. He capped the drive with a pass to Larry Donnell with just 21 seconds on the clock to rip the lead.

Odell Beckham had a big game but managed to hurt himself while celebrating a TD catch, not a good look superstar.

As for San Francisco, NaVorro Bowman did his part with 16 tackles. The guy has made a tremendous comeback from his leg injury a couple years back and is playing as good as ever. Colin Kaepernick even managed a good game, but his team just couldn’t hold the lead at the end of the game.

Fantasy Carnage: Eli was the correct play, and I should have used in him stacked with Beckham when I found out Julio was going to be limited a bit.

Antonio Gates was back in action and allegedly off the juice. He picked up right where he left off, scoring on San Diego’s first drive. Gates looked to be fresh and just as capable of slicing up a defense as ever.

Pittsburgh struggled offensively most of the game as Mike Vick was not trusted to throw it all over the field. Le’Veon Bell proved to be enough offense for the Steelers though as he carried the ball 21 times for 111 yards and the winning touchdown.

Vick did have a vintage 24 yard run on the last drive to keep the Steelers moving. He is still super fast for his age and dangerous when the chips are down.

The game was like a road loss for San Diego with all the Steelers fans in the building as the Chargers are likely headed out of town to L.A. soon.

Fantasy Carnage: TE points are a bonus as most in the league just block. Gates had 21 standard league points and 30.2 on DraftKings.

Matt Hasselbeck had such a good game, people were asking if he is the better option at QB for Indy. This was a serious thought for some apparently.

Houston is a mess and Ryan Mallett all but pitched a fit on the sideline after he was pulled.

Hoyer will start next week for Houston and maybe the Colts trade away Andrew Luck since people are fawning over the retirement aged Hasselbeck.