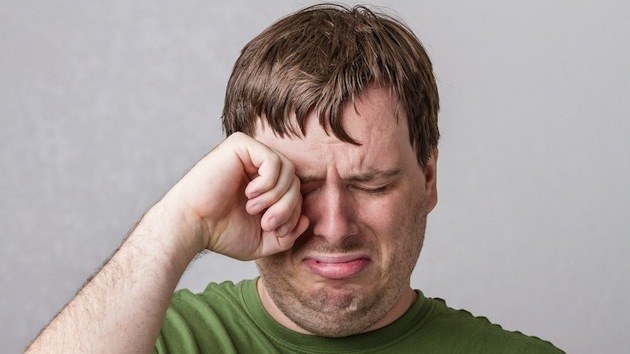 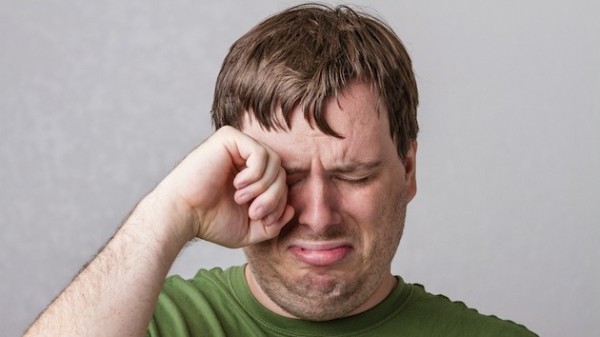 Week five, ahh, the midpoint of my ten week blueprint on how fantasy football is not to be done.

This week I did mostly head to heads. I followed some expert advice that has nothing to do with drafting a lineup. I chose my opponents wisely. I avoided H2H contests with anyone who had multiple contests available. How’d that go? Take a look at the contests that ended Sunday. 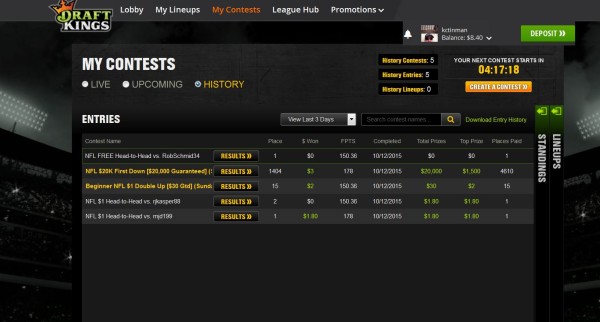 I did enter the free weekly Hooters game. Go here to enter for free each week. I also jumped on a  booster contest and a big prize pool with 21,000 opponents. See how I fared below after Monday Night Football on those games and the rest of my H2H action. All my contests are below. 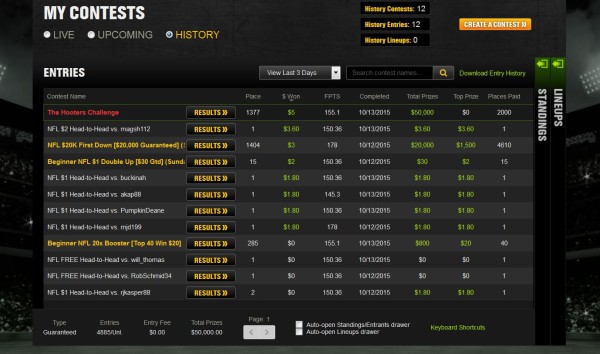 Not too bad. Overall I doubled my $10 plus another 80 cents. I finished pretty high in the Hooters contest and in the other GPP ($1 entry). I cashed on 8 of 10 contests I entered and won 4 of the 5 H2H contests. I even won the two free head to heads. I’m feeling pretty good about myself right about now.

This is a lot easier when you pick better (dumber) opponents!

I stayed with basically the same lineup for all my head to head matches. I am going to stick with that strategy. No sense in mixing parts in here and there. If draft a solid team then it should do well in most matchups H2H with non sharks.

By the way, here are eleven names on DraftKings you will want to steer clear of if you want to keep your cash. Or if you have the sack to challenge them, go for it. They don’t win 100% of the time. These names were ranked at the top on Rotogrinders for NFL action. They know what they’re doing and can smell blood in the water.

My H2H lineup changed a bit when late breaking news came in about Julio Jones’ hamstring. He would play, but it was looking like he might be limited. I quickly swapped him for Odell Beckham. That turned out fine as the Giants’ wideout got me over 28 points.

I had Matt Ryan hooked up with Julio and couldn’t really change that up at the last minute. Ryan had a terrible game that included not one, not two, but three turnovers. He added nine points to my game….not good. I wanted to swap to Brady, but didn’t have the cap room.

That is the toughest part of fantasy sports. Late breaking news can kill you. This is especially true for casual players (guys with actual lives and regular jobs…not me). Sure you can monitor Twitter, check expert sites every 60 seconds, or steal Jay Glazer’s phone, but that will drive you nuts if you are only risking a few dollars each week.

I can see it for players risking thousands each Sunday, but the average player doesn’t want to interrupt a family dinner to see if Eli has a toe fungus that will keep him out of the lineup.

My backup plan for when I run out of money on DraftKings is my season long league which may or may not involve $240 for the winner. I beat the brakes off my opponent this week, rotors and all. He still had Philip Rivers waiting on MNF, but he is not going to make up the 52 point lead I held after Sunday’s action.

It’s looking like one guy is formidable enough to knock me off in this ESPN league. I hope he has Comcast internet service and pray he has an outage when it comes time for our playoff.

I love the NFL, but have to say that keeping up with fantasy stats has made me pay even more attention to the details of each game. That‘s very cool.

Still that can be a negative when it takes your attention off the actual game you’re watching. I had to make myself stop checking my DraftKings app as I sat in a Georgia Dome Super Suite watching my Falcons win in overtime over Washington.

I’m jacked about week six. I feel like I am making progress. I don’t care about the amounts I am winning or losing. I only want to be more familiar with the process. I want to know why certain players are the right play as a general rule. I want to know why csuram88 picks certain tight ends or focuses on strange value plays.

I’m getting there slowly but surely.