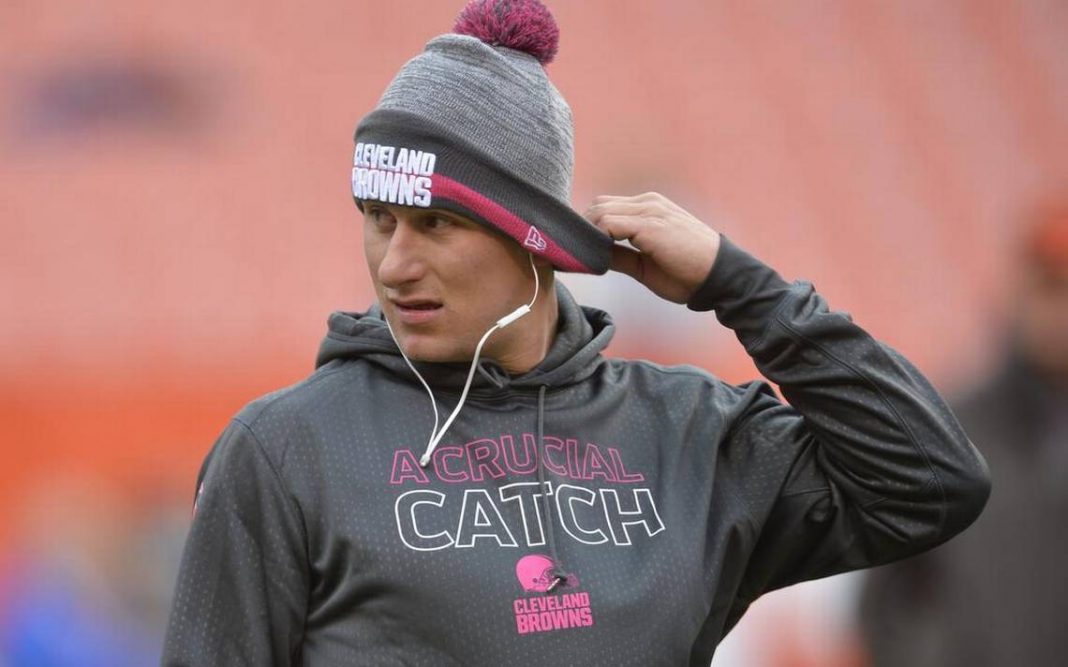 It was a bizarre Monday Night Football game between the Cardinals and the Ravens with Arizona getting a much-needed win to get back on track.

Baltimore had a chance to tie the game at the end but struggled due to a communications issue between Joe Flacco and his OC. John Harbaugh was none too pleased with the headsets going out on the final drive that could have tied the game up.

Baltimore managed to get back in the game with a blocked punt that set up a score to get them within eight points.

Arizona leaned on the resurgent Chris Johnson, who picked up 62 of his 122 yards on a weird play where he was able to avoid touching the ground by landing on top of a defender. The play should have been blown dead since his forward progress was truly stopped, but the back took advantage of no whistle being blown.

Eye-popping stat: 55 Ravens’ rushing yards to 150 for the Cards.

Being up in the fourth quarter is usually a good feeling. Not when across the field stands Tom Brady. The Patriots quarterback threw two fourth-quarter touchdowns to squash the hopes of Jets fans once again.

I would like nothing better than seeing Tom Brady win the MVP this year, and that’s the way things are headed.

The Jets are very good. They are just not better than the Pats. Brandon Marshall is a big part of the Jets’ success, but he has to stop making dumb plays. He cost his team a chance at a Hail Mary at the end as he failed to get lined up in time.

Brady overcame 11 dropped passes by his receiving corp, six by Brandon LaFell. The Jets made things exciting in the end when they recovered an onside kick. The effort was wasted though as they failed to capitalize.

Eye-popping stat: Brady led the team in rushing with just 15 yards, and still won the game.

This kind of game is not supposed to happen in the NFL. With teams so close in terms of talent, no one should fall behind 41-0 by the half. Houston had not gained one yard before Miami had scored their fifth touchdown!

The Texans lost Arian Foster for the rest of the year with an Achilles tear and may have lost all hope going forward. I would wager they won’t win another game this year.

Meanwhile, Miami is 2-0 since firing their head coach and naming Dan Campbell interim coach. The defense is playing much better, and Tannehill had a hell of a game, throwing four TDs and finishing with a perfect passer rating.

Jarvis Landry continues to impress and should be the main go to weapon for the Dolphins offense the rest of 2015.

Houston is looking for a daycare facility for Ryan Mallett after he missed the team flight and had to fly commercial to make the game. The guy has not taken his benching well at all.

Fantasy Carnage: Miller had the highest point total on DraftKings as well.

EJ Manuel is not a good quarterback and whoever started the rumor of him replacing Tyrod Taylor permanently should be tarred and feathered. Manuel threw for almost 300 yards but was just 24/42 and threw two interceptions.

To the Bills credit, they made a great comeback attempt after being down 27-3. A questionable late pass interference call against Buffalo certainly hurt their shot at the win.

The Jags are young and hungry. This was a nice win for them over the pond. Don’t be surprised when they knock off teams like this. They have the talent to do it, just not consistently yet due to the lack of experience.

Fantasy Carnage: Jacksonville’s defense was a part of some big money winners on DFS sites.

This game was the last for Lions offensive coordinator Joe Lombardi. He took the fall for Stafford’s poor play. Two offensive line coaches were also canned in the process. I doubt Stafford was sorry to see any of these guys go as he endured seven sacks in this game.

On the other side of the field, Teddy Bridgewater had his first good game in a while. Stefon Diggs helped his QB’s cause as he hauled in a TD and six total catches. Diggs is a rising star and should see more targets each week.

Adrian Peterson had a big 75-yard run but gained little besides that big play.

This game was over long before the garbage stats piled up for Luck and company. The Colts quarterback was 0-5 passing to start the game, and no one seems to know what has happened to Luck this year. Whatever the cause, Chuck Pagano is going to pay with his job eventually.

Mark Ingram had a big day for the Saints, mashing Indy for ten yards a carry en route to a 143-yard day. Just when it looked like New Orleans was finished, they have climbed back to 3-4 and are very much alive in the NFC South.

Eye-popping stat: 183 rushing yards for NO.

Fantasy Carnage: TY Hilton and Andrew Luck are good fantasy players to have since they rack up garbage time points each week by being behind.

So much for Landry Jones being a much better backup option than Mike Vick. The Steelers starter turned the ball over three times and was handcuffed just like Vick with the coaching staff not opening up the playbook for Jones.

The Chiefs ended their five-game losing streak, and that tells you how bad it is for Pittsburgh. They can’t just rely on their defense to win games while Big Ben is out. If the Chiefs can score on them, then anyone can.

The Steelers hope to get Roethlisberger back next week against the Bengals though.

Fantasy Carnage: Charcandrick West was a good pick up after Jamaal Charles went down.

Guess what. The Raiders are good. San Diego is bad. The final score is not indicative of the ass whooping administered by Oakland, who leads at halftime 30-6.

David Carr and Amari Cooper hooked up for another monster game as their team got back to .500.

It’s tough for San Diego to play at home in front of enemy fans. Chargers fans have given up following their team since it is inevitable that their franchise will be moving away very soon.

Carr dismantled the Chargers with three touchdown passes, and Rivers help the opposition by turning the ball over twice, which Oakland converted into ten points.

Fantasy Carnage: Rivers stacked with Woodhead would have netted you some dirty feeling fantasy points. That’s more than the winning QB and #1 receiver.

Todd Gurley is the Rams offense so get ready for a heavy dose of Gurley goodness each week. He finally got in the end zone this week against the Browns. Gurley had two scores and 128 yards while mixing in four receptions for 35 more yards.

The Browns looked as bad as they have all year, losing four fumbles during this no contest.

Johnny Manziel found his way into the game after Josh McCown was hurt again. Manziel is still the focus of an NFL investigation involving a domestic dispute between he and his girlfriend which happened about two weeks ago.

This was a great game to watch even though the two teams don’t get many casual fans excited. Kirk Cousins brought his Redskins back from the dead after being down 24 points.

Cousins threw three touchdown passes during the comeback and had a nice, “YOU LIKE THAT!”, blast for reporters after the game.

For Lovie Smith, it appears he is not the defensive guru we may have thought. You can’t let a team climb back after putting them down by 24 points.

Tony Romo killed the Cowboys 2015 season when he went down with a broken collarbone. It doesn’t matter if Dez Bryant is back next week or not. Dallas’ is done.

They lost to the Giants after having a chance to win near the end. The Boys gave up a 100-yard kickoff return to Dwayne Harris that put the Giants ahead for good.

Cole Beasley dropped a punt which NY recovered to seal the fate of Dallas.

Odell Beckham does not look like the player he was last year despite the media molding him into something better than Jerry Rice. The guy had an amazing catch last year, and now all the focus is on his one-handed grabs that are out of bounds or during warmups. No one cares! Make a damn play during the game that matters.

Eye-popping stat: 3 picks for Matt Cassel. Weeden could have managed that.

Is Carolina the best team in the NFC? It’s getting hard to dispute that fact. They beat Philadelphia on SNF to move to 6-0 despite Cam Newton throwing three interceptions.

How does a team lose when the opposing QB throws three picks? Simple. Start Sam Bradford, he of 4.5 yards per throw, and zero touchdown passes. His receivers did him no favors with several drops in this game also.

Carolina’s defense played well again to bolster Newton’s play. The Panthers are not going to throw for 300 yards very often, but Newton has run for a score and thrown for one in four games this season. He is not doing it in the conventional fashion, but he is making it hard for defenses to corral him. Getting in the end zone by any means necessary is better than throwing for 300 yards and just one score anyway.

Fantasy Carnage: Ryan Mathews was the best this game had to offer.