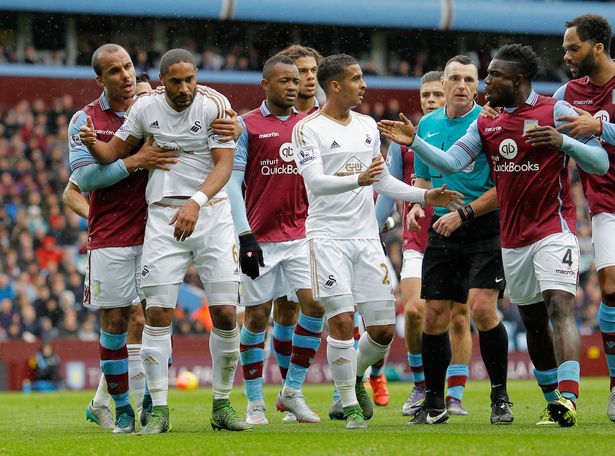 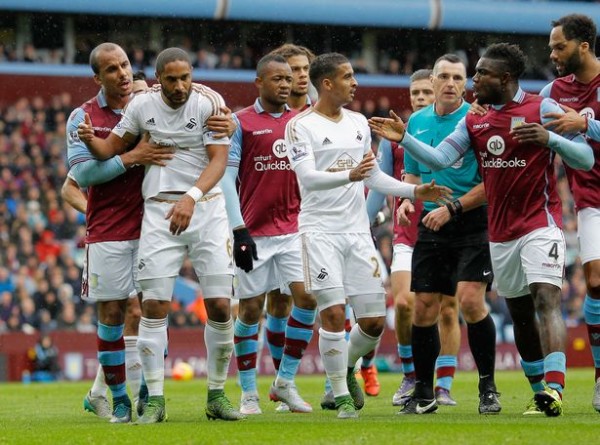 Week ten of the Premier League started with Swansea City’s visit to Villa Park, the Swans went home with 2-1 victory over Aston Villa – their eighth loss in ten games. The match turned out to be last one for Tim Sherwood in the Villans dugout as he as was given the boot after a miserable start to the season that sees them sit bottom of the standings.

Jamie Vardy continued his superlative goalscoring run in the Premier League as he netted a 59th-minute goal against Leicester City on Saturday at the King Power Stadium to hand his side all three points. Claudio Ranieri’s men are now fifth in the standings after the great start to the season they have enjoyed.

Troy Deeney and Almen Abdi were both on the scoresheet for newly promoted Watford as they registered a 2-0 win over Mark Hughes’ Stoke City.

Chelsea’s miserable run this season is refusing to end as they lost 2-1 against West Ham United at Upton Park. Mauro Zarate had put the Hammers ahead in the first half, but Gary Cahill brought the scores level. However, Andy Carroll struck a great header to ensure all three points for his side against the Blues, who were a man down after Nemanja Matic was sent off following two yellow cards.

To compound the Pensioners’ problems, manager Jose Mourinho got the marching orders in the tunnel at half-time for his off-field altercations with the match officials. Chelsea appears to be in complete meltdown at the moment, and it will be interesting to see how their season pans out.

Meanwhile, Arsenal continued their great run of form and registered their fourth successive win in all competitions. They played host to Everton at the Emirates Stadium and came away with a 2-1 win over Roberto Martinez’s men. The win takes the Gunners level on points with table-toppers Manchester City and they are only in second behind the Citizens due to an inferior goal difference. The Arsenal fans will be hoping that their current run of form continues well into the season and makes them genuine title contenders.

Harry Kane notched a hat-trick as Tottenham Hotspur registered a 5-1 win over Bournemouth at the Goldsands Stadium. The win moved Spurs to sixth on the table.

Jurgen Klopp was in the dugout at Anfield for the time as the Liverpool boss in a league match but is still looking for his first win as the Reds’ boss following a 1-1 draw against Southampton.