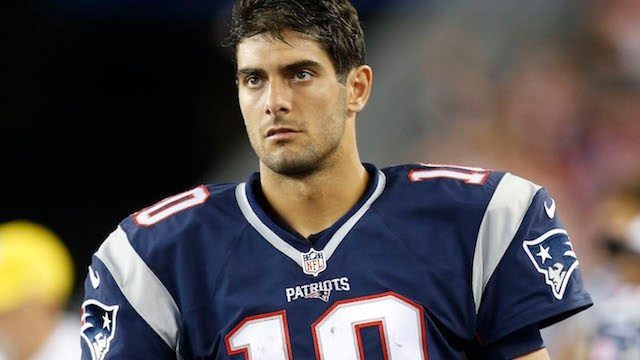 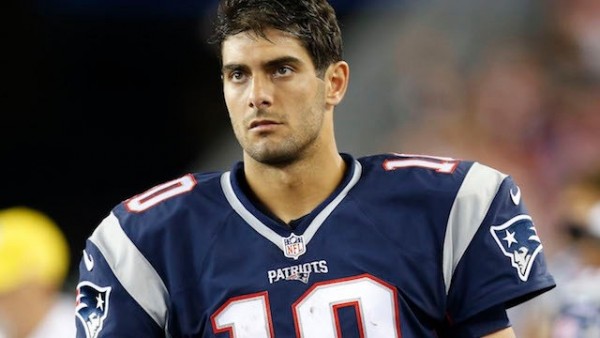 Ready to blow through week three like Trent Richardson through NFL opportunities? Onto the NFL Preseason Week 3 recaps.

Tom Brady got in more play this week, but had a bad pick that was all him. Another was ripped away from the wideout. He did find “the other” tight end, Scott Chandler for a TD. Garoppolo was shaky early in the game, but settled in later and looked solid again.

Cam Newton suffered through more drops than any QB should have to endure. He will be frustrated by week five. No weapons in that utility belt will make up for the lack of receivers. He also took a hard hit that had Carolina fans covering their eyes. Ribs Cam! The ribs!

Blake Bortles is going to be an elite quarterback in the NFL if the Jags are able to put decent pieces around the second year man. He is much more comfortable this year than last, when he was already solid for a rookie.

Golden Tate is for real. I am not a Notre Dame guy, but have to admit this guy is on my radar. He had a crazy 62 yard touchdown catch that showed how hard it will be to slow down both he and Megatron.

We knew Mariota could run coming into the League. He showed off that skill against the Chiefs and even settled in with some key passes before heading for the sidelines.

Justin Houston tracked him down for a sack, but that is gonna happen with a $101 million dollar defensive stud. If I were Houston I would lose my desire to hit people in the head with my head once I was that rich.

Jeremy Maclin made some big catches for K.C., as did gigantic tight end Travis Kelce. This big man is hard to stop and could be the second best tight end in the NFL depending on how Graham adjusts in Seattle.

All you need to know about this game is that Matt Ryan got roughed up on three sacks. The Dolphins have a very good defensive front. We all know that. They got 70% better the moment Ndamukong Suh signed on the dotted line.

The Phins got another fine game from Ryan Tannehill who threw for 145 yards while playing less than two full quarters. He connected to Jarvis Landry for a big 46 yarder that helped his team to a 13-9 win.

The Falcons are lucky to have a solid kicker like Matt Bryant on the roster. He was the lone scorer for his crew in this game. That won’t be enough once the real season commences. As a fellow bald man, I love Bryant, but I don’t want him dominating the scoring for the Birds each week.

Matt Ryan finished the game 3 of 7 for just 49 yards. There was no help from the run game which was basically nonexistent.

The Falcon’s o-line blocked no better for T.J. Yates. He was batted around also. Third downs were hard to watch.

The Birds defense handled Miami’s run game better from the second quarter on. O’Brien Schofield laid a nasty hit on Miami backup Matt Moore. Hope to see more of the same with Quinn’s scheme this year.

In the third quarter Atlanta had a chance for another touchdown but were completely stuffed on third and goal. They tried for it again on fourth down. The result was even worse, with Miami sacking Yates yet again.

No this game wasn’t competitive, but Buffalo did figure out their starting QB afterward. Tyrod Taylor got the nod from Rex Ryan after he displayed his well rounded game again. Kid is exciting and has grinded his way to a starting role after being a career backup.

Yes Mike Vick looked like one of the best backups in the NFL. He may be, but you can’t depend on that on a weekly basis. He can go from electric to mediocre in just a couple series.

Count me as a Teddy Bridgewater fan. He has been on point all preseason long and made a perfect sideline deep throw that only elite guys make.

Dez Bryant is scaring me with all his TD celebrations in his street clothes. Settle down big man. Great to be happy for your teammates, but watch those freak injuries.

This game highlighted the fact that Dallas’s offensive line can make due with any running back available. Look for big rushing numbers all season from the Boys.

Cordarrelle Patterson is a speed demon and he burned the Cowboys for a 107 yard TD return of a kickoff. Nice to have that type of  weapon to change the score in about ten seconds.

Is Eli still looking to be the highest paid QB in the world?  He sure isn’t playing like it.

Ryan Fitzpatrick looked like the better passer. Yes I know it’s preseason ball, but he had a nice game. Eric Decker caught a touchdown from Fitz and had 52 yards receiving on the night.

Rams odd man out, Zac Stacy, may be great fit for the Jets. He had a highlight reel run and 60 yards on the game. Leonard Williams left the game with a knee strain, but should be ready week one of the real stuff.

6 of 15 and four sacks. That was Jameis Winston’s night. Rookie struggles are to be expected. He best learn to throw the ball away or he’ll be doing more limping just like in this contest.

Cleveland had no trouble with the Bucs except on the play that Josh McCown was nearly killed by Bucs linebacker Kwon Alexander.

No RGIII. He has been demoted though. Cousins is going to be the starter week one. Cousins wasn’t Joe Montana in this game, but he wasn’t RGIII running for his life either. He went 20-27 for a buck 90.

The game wasn’t close but there was some coach on coach crime to add drama. Steve Smith got ejected and finished the game watching from the stands with his kid. That is a first as far as I know. Probably got kicked out on purpose, but not before toasting the Ravens’ young bucks for 63 yards and the score.

Bears fans best get used to ugly games from Jay Cutler like this one. He has few weapons to choose from so the offense is going to be mediocre at best.

Andy Dalton did his job for the Bengals, going 6 for 6 before leaving with a sore neck. That may be code for “I’ve had enough for this meaningless game coach.”

No Aaron Rodgers and that’s smart. No need in getting another star hurt….well that didn’t work. Randall Cobb went down with a shoulder sprain. However it looks like he may start in week one.

Sam Bradford had about as good a game as a QB can have. 10 for 10 and three touchdowns. Kid was on. Marc Sanchez had similar numbers in relief.  Tebow, not so much. The so called two point specialist was 0 for 2 on two point attempts.

It’s hard to watch Seattle’s offense each week. Do they even have an offensive coordinator? Wilson is going to be worn out from all the scrambling he is doing.

At least the punt return team showed promise. Tyler Lockett sprinted his way to a 67 yard touchdown that gave the Hawks the lead for good.

Melvin Gordon had 34 yards for S.D.

Odd seeing Andre Johnson catch a pass from Luck, but that combo could stretch the former Texans receiver’s career a few more years.

The Rams are going to be a different team when Todd Gurley gets on the field. Hide and watch.

We know. Peyton can’t feel his fingers. Me either sometimes. It sux. He still hit on 14 of 21 attempts so he is fine.

Colin Kaepernick was pressured much of the time he was under center. He did manage a 19 yard run and another one of 34 yards. He’ll need those runs all year long just to keep his team close.

The Texans are doing OK without Andre Johnson. They have DeAndre Hopkins who is coming into his own and should fill that void left by Johnson.

New Orleans will look to feature Brandin Cooks this year at wideout. He should get plenty of looks with no Jimmy Graham in the Superdome.

I like John Brown a whole lot. This little guy can get open and knows how to hang onto the ball. Even with his QB Carson Palmer playing like he was drunk (8 of 22), Brown had a big 39 yard catch.

Amari Cooper had a couple great catches from Carr. These two are going to stretch the field all season long. Carr threw the ball 34 times in this one for 213 yards. There are some big gains in that mix considering he only connected on less than half those passes.