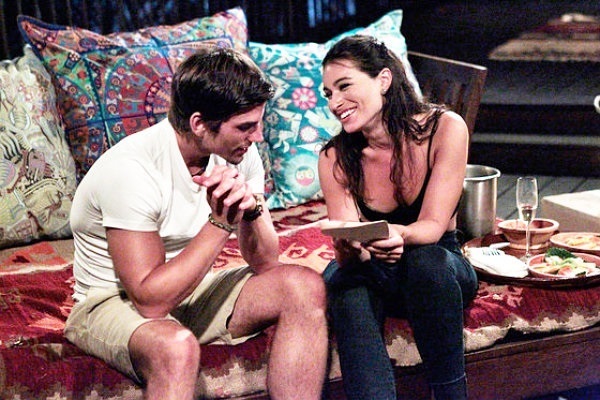 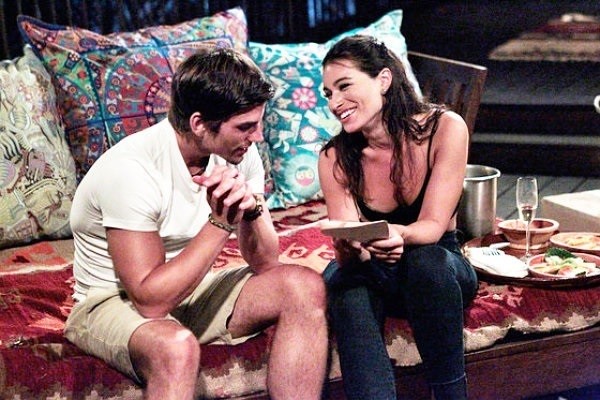 The second part of this week’s Bachelor in Paradise throws audiences into the madness right away – as Juelia gets Tenley to pee on her foot, which was stung by a jellyfish.

Right off the bat, it is clear that the rest of the crew are still not over the fact that Samantha saved Dan and sent Joe packing at the rose ceremony last night.

At first it seems Carly’s plan to get Samantha out is working, as Chelsie is seen talking with Dan. However, shortly afterwards Chelsie ends up asking Nick on her date and allows for the Dan-Samantha relationship to potentially flourish.

Everyone else is nervous that Ashley S. is going to go crazy when she finds out Nick is going on a date with Chelsie. Therefore, Nick goes to Ashley’s room and tries to smooth things over with her.  He begins by asking her if she is okay and tells her she “smells like a brewery,” which was probably not the best way for him to approach the situation. After Nick tells her that he didn’t feel a connection with her, she tells him she feels the same way, but to the one-on-one camera she confesses she feels “let down.”

Shortly after, McKenzie from Chris Soules’ season arrives in Paradise. Right away, Ashley I. embraces McKenzie (they were friends from Chris’ season) and gives her the lowdown on what’s been going on. Ashley makes a point to tell McKenzie that she is “obsessed” with Jared and pretty much marks him off limits. Ashley suggests that McKenzie ask out Justin on her date, as not only is he single but he also has a kid like McKenzie.

McKenzie ends up asking Justin, which seems like a good fit as they two bond right away over their children. They go on a romantic date together, where they end up in some kind of spiritual ritual conducted in Spanish. They end up covering each other in mud and being told they were now “married.”

Although the two seemed to enjoy themselves, Justin mildly freaks out as he tells the camera, “Something tells me [McKenzie] actually thinks we got married.” Back at camp, Justin makes it very clear he isn’t all too interested in the relationship as he confesses he will be looking for someone to “divorce” him from her right away.

Also on a date this episode was Chelsie and Nick, who end up on a private yacht. The two engage in good conversation but Nick notes that he didn’t necessarily feel a “romantic connection and spark” with her.

Later in the day, Jacqueline arrives to paradise and right away the girls note that she has a reputation for being a “tough b**ch.” Immediately, Jacqueline makes it clear she doesn’t care about current relationships in Paradise and expresses interest in Jared.

Seeing that Jacqueline is a potential threat to her relationship with Jared, Ashley I. seeks the help of host Chris Harrison. She asks Chris to give her a date card, as well as an overnight stay in the fantasy suite.

Ashley confesses, “I want an overnight date with Jared because there is just no more time to, like, mess around.”

Ashley I. returns to camp and interrupts Jared and Jacqueline’s conversation, asking Jared if he would join her on a date, followed by an off-camera night in the fantasy suite. To many of the fellow cast members’ surprise, Jared says yes.

Jacqueline is not impressed with being cut off, and tells the one-on-one camera, “No guy this age wants to take somebody’s virginity still.” (Note: Ashley I. has made it public knowledge that she is still a virgin)

However, if things go Ashley’s way, the fantasy suite date with Jared will secure her relationship with him and keep Jacqueline away.

Unfortunately, we will not find out till next week whether Ashley I.’s plan will be successful and whether a fantasy suite is truly the way to Jared’s heart.

In the two-night finale, we get to see what happens during Ashley I.’s impromptu overnight date with Jared. In addition, there seems to be some serious trouble in paradise for power couple Jade and Tanner. And it looks like there is a proposal at the end of this whole charade (most likely Kirk and Carly).