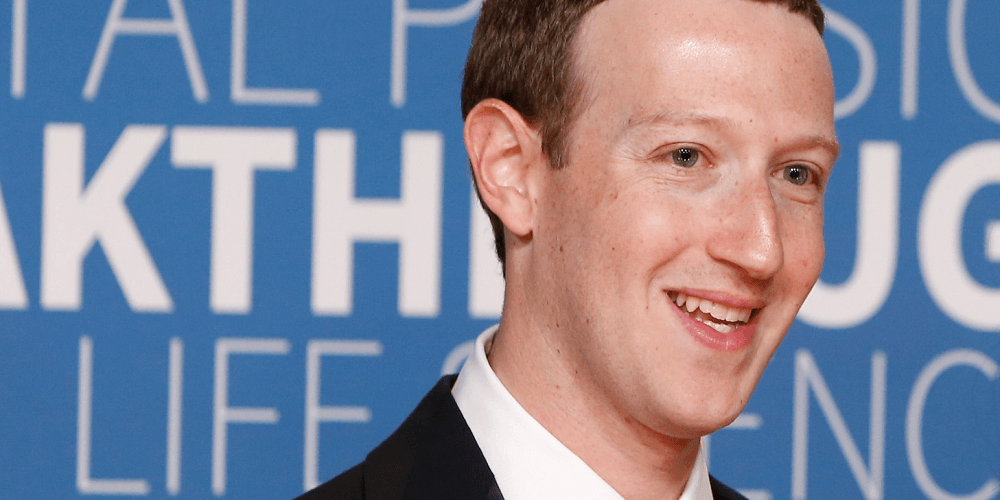 Mark Zuckerberg‘s Facebook just can’t stay out of trouble as it’s been revealed that the social media titan does actually use users data in ways they have no idea about. They work hard to weaponize our data while making sure we have no idea how it’s being used.

Internal Facebook documents released by a U.K. parliamentary committee offer the clearest evidence yet that the social network has used its enormous trove of user data as a competitive weapon, often in ways designed to keep its users in the dark.

Parliament’s media committee accused Facebook on Wednesday of cutting special deals with some app developers to give them more access to data, while icing out others that it viewed as potential rivals.

In other documents, company executives discussed how they were keeping the company’s collection and exploitation of user data from its users. That included quietly collecting the call records and text messages of users of phones that run on Google’s Android operating system without asking their permission.

The U.K. committee released more than 200 pages of documents on the tech giant’s internal discussions about the value of users’ personal information. While they mostly cover the period between 2012 and 2015 —the first three years after Facebook went public — they offer a rare glimpse into the company’s inner workings and the extent to which it used people’s data to make money while publicly vowing to protect their privacy.

The company’s critics said the new revelations reinforced their concerns over what users actually know about how Facebook treats their data.

“These kinds of schemes are exactly why companies must be required to disclose exactly how they are collecting and sharing our data, with stiff penalties for companies that lie about it,” Sen. Ron Wyden, an Oregon Democrat, said in a statement.

Facebook called the documents misleading and said the information they contain is “only part of the story.”

“Like any business, we had many internal conversations about the various ways we could build a sustainable business model for our platform,” the company said in a statement. “But the facts are clear: We’ve never sold people’s data.”

In a Facebook post, company CEO Mark Zuckerberg sought to put the documents in context. “Of course, we don’t let everyone develop on our platform,” he wrote. “We blocked a lot of sketchy apps. We also didn’t allow developers to use our platform to replicate our functionality or grow their services virally in a way that creates little value for people on Facebook.”

The U.K. committee seized the documents from app developer Six4Three, maker of a now-defunct bikini-picture search app. Six4Three acquired the files as part of a U.S. lawsuit that accuses Facebook of deceptive, anti-competitive business practices. The documents remain under court seal in the U.S.

In a summary of key issues pertaining to the documents, the committee said Facebook “whitelisted,” or made exceptions for companies such as Airbnb and Netflix, that gave them continued access to users’ “friends” even after the tech giant announced changes in 2015 to end the practice.

“Facebook have clearly entered into whitelisting agreements with certain companies, which meant that after the platform changes in 2014/15 they maintained full access to friends data,” the committee said in a statement. “It is not clear that there was any user consent for this, nor how Facebook decided which companies should be whitelisted or not.”

The documents “raise important questions about how Facebook treats users’ data, their policies for working with app developers, and how they exercise their dominant position in the social media market,” said committee chair Damian Collins. “We don’t feel we have had straight answers from Facebook on these important issues, which is why we are releasing the documents.”

Collins said the emails raise important issues, particularly around the use of the data of Facebook users. “The idea of linking access to friends’ data to the financial value of the developers’ relationship with Facebook is a recurring feature of the documents,” Collins said.

The committee’s summary said Facebook collected data about the mobile apps its users favored to help it decide which companies to acquire. It also said Facebook knew that an update to its Android mobile app phone system — which allowed the Facebook app to hoover up user call logs and text messages — would be controversial.

“To mitigate any bad PR, Facebook planned to make it as hard as possible for users to know that this was one of the underlying features of the upgrade of their app,” the summary said.

In a post Wednesday, Facebook continued to stand by its stance that the feature was “is opt in for users and we ask for people’s permission before enabling.”

The Android data collection practice was unearthed in April as the Cambridge Analytica scandal roiled Facebook. The data mining firm, employed by the 2016 Trump campaign, exploited lax Facebook data-sharing policies to obtain data on millions of users without their consent.

Facebook executives clearly understand the material is valuable. An unsigned memo setting policy for a system upgrade known as “Platform 3.0” laid out a case for shutting out any app developer who could be construed as a competitor.

“There are a small number of developers whom no amount of sharing to FB or monetary value can justify giving them access to Platform,” the memo said. “These developers do not want to participate in the ecosystem we have created, but rather build their own ecosystem at the expense of our users, other developers and, of course, us. That is something that we will not allow.”

The documents also suggest Facebook would jealously safeguard its interests. In a January 2013 email exchange, Zuckerberg signed off on cutting access to Twitter’s Vine video-producing app, which had allowed users to find their friends on Vine by pulling in data from Facebook.

“Yup, go for it,” Zuckerberg replied.

“There’s a big question on where we get the revenue from,” Zuckerberg said in one email. “Do we make it easy for (developers) to use our payments/ad network but not require them? Do we require them? Do we just charge a (revenue) share directly and let (developers) who use them get a credit against what they owe us? It’s not at all clear to me here that we have a model that will actually make us the revenue we want at scale.” 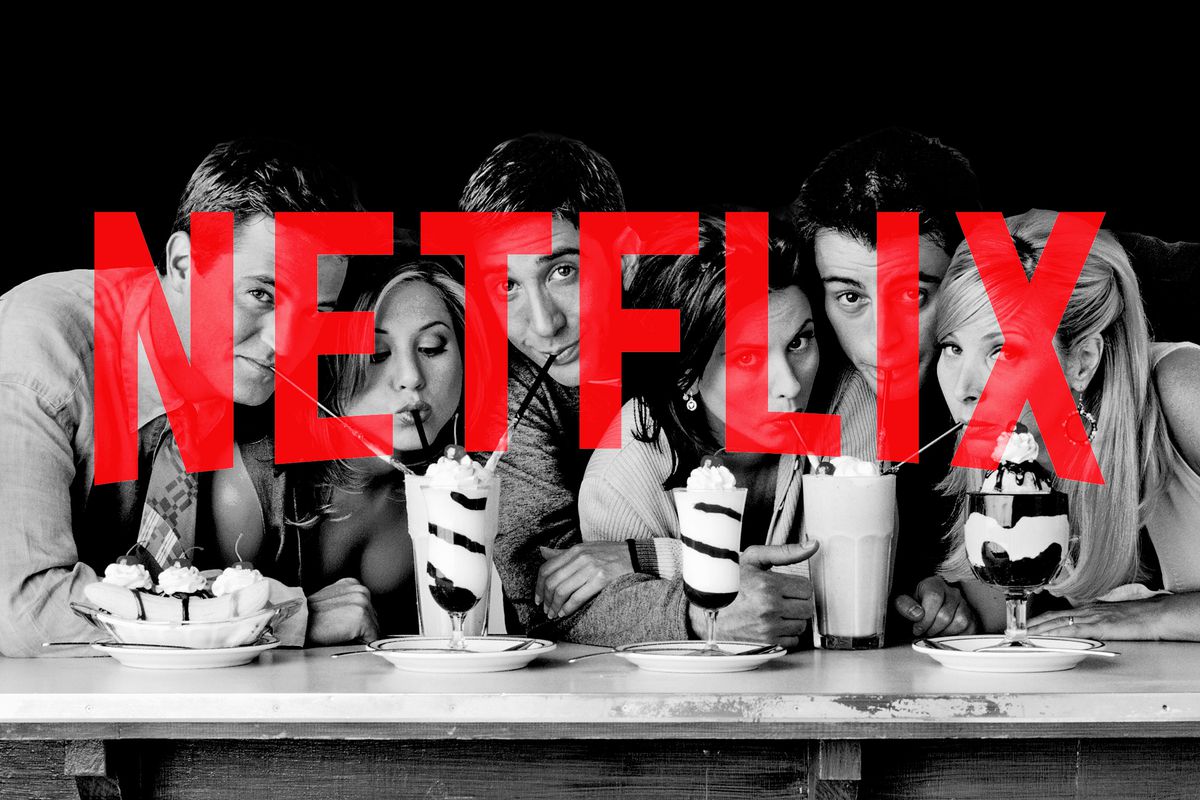 “Friends” Come At A High Price For Netflix

Netflix will still be there for fans of the old TV series “Friends,” but maintaining the relationship will come at a steep price.

The video streaming service paid $100 million to keep showing “Friends” in the U.S. through 2019, according to a report in the New York Times. That’s more than triple the $30 million a year Netflix had been paying for the long-running TV series about six 20-something friends in New York. The report cited two unidentified people with direct knowledge of Netflix’s deal with the series’ rights holder, AT&T.

Netflix’s willingness to pay so much for a series that ended in 2004 is the latest sign of intensifying competition in video streaming.

Besides current rivals such as Hulu and Amazon, Netflix is also facing a significant threat next year when Walt Disney Co. plans to roll out a video streaming service featuring its popular movies and TV shows. As part of its move into streaming, Disney will be pulling much of the entertainment that it has licensed to Netflix for years.

That setback may have figured into Netflix’s calculations about how much “Friends” is worth to its service. But Netflix is still spending far more on original programming such as “Stranger Things” and “The Crown” to distinguish itself from its rivals. The strategy has forced Netflix to take on billions of dollars in debt to pay for the programming, but it has helped the company build the world’s largest video streaming service with 137 million subscribers.

AT&T also is planning to offer a video streaming service, and there is nothing in its deal with Netflix that prevents it from featuring “Friends” on that service beginning in 2020, according to the Times.

Lyft is another step closer to becoming a publicly traded company.

The San Francisco ride-sharing service said Thursday that it confidentially submitted a draft registration statement for an initial public offering of shares with the Securities and Exchange Commission.

The number of shares to be offered and the price range for the proposed offering have not yet been determined. The company was valued at just over $15 billion earlier this year.

Uber, Lyft’s fiercest competitor, is planning its own IPO next year. It’s well-documented problems have left it vulnerable to challenger Lyft.

Uber’s attempt to develop self-driving cars have also been bogged down during the past year amid allegations that it stole technology from a Google spinoff, as well as a fatal collision involving one of its robotic cars.

Both companies have been diversifying in an attempt to provide whatever sort of transportation people might want.