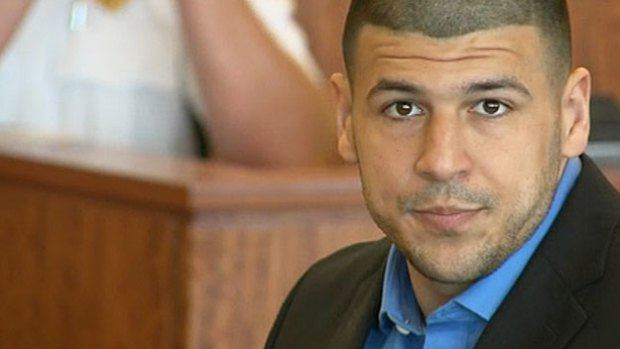 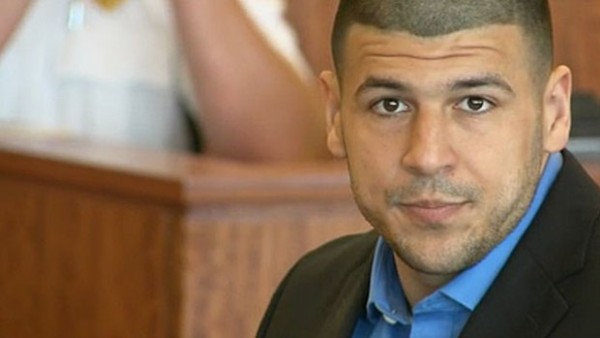 What is Aaron Hernandez going to do when all the press attention stops as his murder cases come to their obvious conclusions and he becomes a Jeopardy question? Now that Hernandez’s legal team is trying to get a new trial due to possible ‘jury corruption’, prosecutors are jumping in quickly to stop the former New England Patriots players ‘tortured legal gymnastics’ as they put it. They’re requesting that a Superior Court judge not reduce the former tight end’s sentence.

McCauley’s filing argues that Hernandez bears the “considerable” burden of proving that no reasonable jury could have convicted him of shooting and killing 27-year-old Odin Lloyd in North Attleborough in 2013. He was given a mandatory life sentence, which, under Massachusetts law, triggers an automatic appeal. 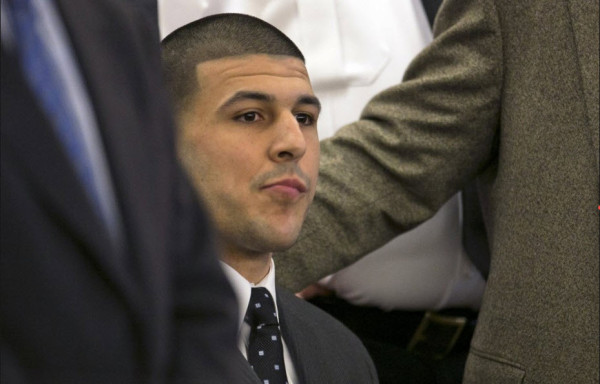 Pointing out that Hernandez was prosecuted under the state’s joint venture law, McCauley said there was no need to prove he shot Lloyd or even handled a gun in order to get a murder conviction. Two friends from the athlete’s hometown of Bristol, Conn., Ernest Wallace and Carlos Ortiz, also are charged in Lloyd’s death; so far, prosecutors have not said who they believe fired the fatal shots.

The document filed on Thursday further makes the case that Hernandez acted maliciously, planned the crime with his alleged co-conspirators, helped them flee law enforcement afterward, and worked with his fiancée to destroy evidence. It also fires back against the defense’s claims that using a gun does not constitute “extreme atrocity or cruelty” under the law, citing a Supreme Judicial Court case which found even a single blow from a baseball bat could meet that standard.

On Friday, GateHouse Media urged a judge not to allow another of Hernandez’s legal moves. His lawyers want to conduct a “post-verdict inquiry” about a juror’s possible exposure to matters not in evidence, and seal all the documents and hearings from the public. Judge E. Susan Garsh, who presided over the trial, did not immediately rule.

“It’s an attack on the media that doesn’t go anywhere. I think it ignores the First Amendment role of the media and press on behalf of the public to investigate the criminal judicial system,” said Zack Kleinsasser, an attorney for newspaper publisher GateHouse Media.

Hernandez lawyer James Sultan recently filed papers under seal requesting an inquiry into a juror’s “exposure to significant extraneous matter.” Sultan hasn’t disclosed details about what the issue is, and prosecutors haven’t either.

Hernandez was convicted in April of first-degree murder in the 2013 killing of Odin Lloyd, who was dating the sister of Hernandez’s fiancee. He was sentenced to life in prison with no possibility of parole.

Kleinsasser told Superior Court Judge Susan Garsh that the criteria for sealing documents had not been met in this case and that the defense had not offered any adequate alternatives, such as redacting the documents.

A spokeswoman for the Bristol County district attorney’s office said it wouldn’t comment on the case until the judge had issued a ruling.

Sultan told the judge that he and the other lawyers for Hernandez believe he did not receive a fair trial. He said he has requested that his filings be temporarily impounded until a factual investigation is completed.

Garsh suggested that, given the intense media interest in the Hernandez case, it might be fair to assume that if a juror’s identity were revealed, the media would attempt to interview that juror, which could interfere with an evidentiary hearing.

But Kleinsasser argued that that was an assumption and that the burden of proof is “not on the media” but “at all times rests on the defendant.”

Garsh took the arguments under advisement.

Meanwhile, prosecutors filed a document Thursday in Bristol Superior Court opposing Hernandez’s motion for a required finding of not guilty, a procedural step that Hernandez must take before any appeal.