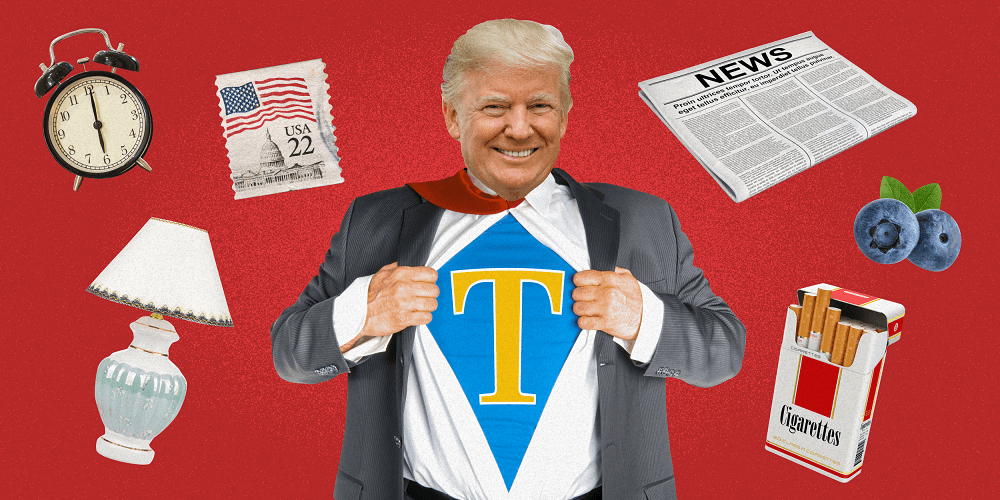 Donald Trump introduced the world to his alter ego superhero in the form of Tariff Man. No, it’s not really a superhero, but it’s the latest nickname Trump has assigned to himself that trended quickly on Twitter. The only problem is that superheroes pretty much know what their superpowers really do, but not so in the case of the president.

His biggest superpower proved to be causing the stock market to nosedive on Tuesday afternoon as investors began to reconsider the trade war ceasefire the White House claimed to have reached with China. Tariff Man was clear that he intended to keep using tariffs as a negotiating tactic if he could reach a set deal with Beijing.

Almost all economists say the president is wrong. That’s because tariffs are taxes on imports. They can cause higher prices, reduce trade among countries and hurt overall economic growth as a result.

The president’s tweet on Tuesday followed an announcement that the U.S. would not increase a 10 percent tariff on $200 billion of Chinese goods in 2019. The two largest countries are in the middle of negotiating their terms of trade, after Trump said cheap imports from China were impoverishing the United States.

After Trump announced steel and aluminum tariffs earlier this year, the University of Chicago asked leading academic economists in March whether Americans would be better off because of import taxes.

Not a single economist surveyed said the United States would be wealthier.

Nobel Prize-winning economist Richard Thaler answered the survey by saying, “In net we want more trade not less. This is unlikely to help and runs the risk of starting a trade war. SAD.”

TRUMP: “I am a Tariff Man. When people or countries come in to raid the great wealth of our Nation, I want them to pay for the privilege of doing so. It will always be the best way to max out our economic power. We are right now taking in $billions in Tariffs. MAKE AMERICA RICH AGAIN.”

THE FACTS: Trump seems to be claiming that tariffs are some kind of a membership fee for foreign companies to trade in the U.S. economy.

They’re not. Tariffs are a tax, per Article I, Section 8 of the Constitution.

The costs of this tax are borne by U.S. consumers and businesses, often in the form of higher prices. Foreign companies may end up selling fewer goods and services if the United States imposes high tariffs. So they pay a price, too.

In the past, White House aides have insisted that Trump’s tariff hikes are a negotiating ploy. Yet the president offered no such qualifications on Tuesday.

Tariffs are not seen as some easy way of generating massive wealth for an economically developed nation. Nor do the budget numbers suggest they can come anywhere close to covering the costs of the federal government.

Trump is correct that tariffs did generate $41.3 billion in tax revenues last fiscal year, according to the Treasury Department. But that is a pittance in a federal budget that exceeds $4.1 trillion.

The taxes collected on imports were equal to about 1 percent of all federal spending.