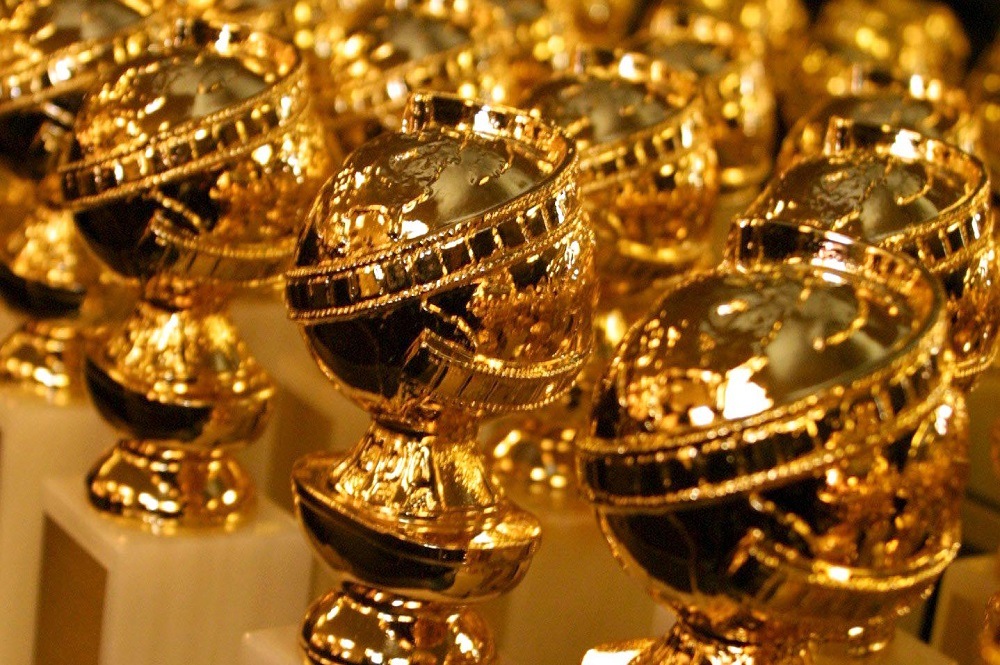 Dick Cheney is alive and well for the 76th Golden Globe Awards nominations as Adam McKay’s dark satire scored the most nominations at six alongside Bradley Cooper‘s “A Star Is Born,” followed closely by the interracial road-trip drama “Green Book” and the period romp “The Favourite.”

“Vice” topped all contenders Thursday in nominations announced at the Beverly Hilton Hotel in Beverly Hills, California, including best picture, comedy and best actor nominations for Christian Bale’s nearly unrecognizable performance as the former vice president. It also earned nominations for Amy Adams’ Lynne Cheney, Sam Rockwell’s George W. Bush and both the screenplay and direction by McKay, the veteran comedy filmmaker who once skewered politicians as a “Saturday Night Live” writer.

For even the often-quirky selections of the Hollywood Foreign Press Association, a collection of 88 mostly less-known freelance film journalists, the strong support for “Vice” (which arrives in theaters on Dec. 25) was a surprise. Even its categorization of the film — a highly critical portrait of Cheney as a power-hungry, behind-the-scenes tyrant — as a comedy raised some eyebrows, just as Globes recent comedy selections “Get Out” and “The Martian” did.

“It’s a movie that’s a lot like the times we live in. there’s part of it that’s absurdist and comedic and then there’s another part of it that’s darkly tragic and dramatic, but they are definitely both there,” said McKay by phone from London. “But I do know I’m glad we’re in that category because we will take ‘Mary Poppins’ out. I’m not competitive with the other movies but I am competitive with ‘Mary Poppins.’ Dick Cheney is going for her.”

But it was far from a runaway win for “Vice” since the press association typically spread its awards around. Oscar front-runners “A Star Is Born,” ″Green Book” and “The Favourite” trailed close behind with five nominations each.

On the television side, awards were even more widely dispersed among the likes of “The Americans,” ″Barry,” ″Homecoming,” ″The Kominsky Method” and “The Marvelous Mrs. Maisel.” Leading all small-screen nominees was the FX anthology series “The Assassination of Gianni Versace: American Crime Story” with four nods.

For the first time, FX bested heavyweights like HBO, Netflix, and Amazon with a network-best 10 nods, even though the exalted second season of its “Atlanta” received only a single nod for Donald Glover’s acting.

All earned nods in other categories, too, including Rami Malek’s prosthetic tooth-aided performance as Mercury, and the leading turn by John David Washington in “BlacKkKlansman,” who said his father, Denzel, woke him up for the nominations announcement.

“I had flashbacks when I was watching the (NFL) draft when they never called my name,” said Washington, a former football player. “When I heard them say my name, it happened in slow motion.”

While Sam Elliott’s supporting performance in “A Star Is Born” was unexpectedly overlooked, the Warner Bros. hit (which elected to compete on the more hefty drama side of the Globes despite its many songs) earned the expected nods for Lady Gaga, Bradley Cooper, as both actor and director, and the song “The Shallow.” 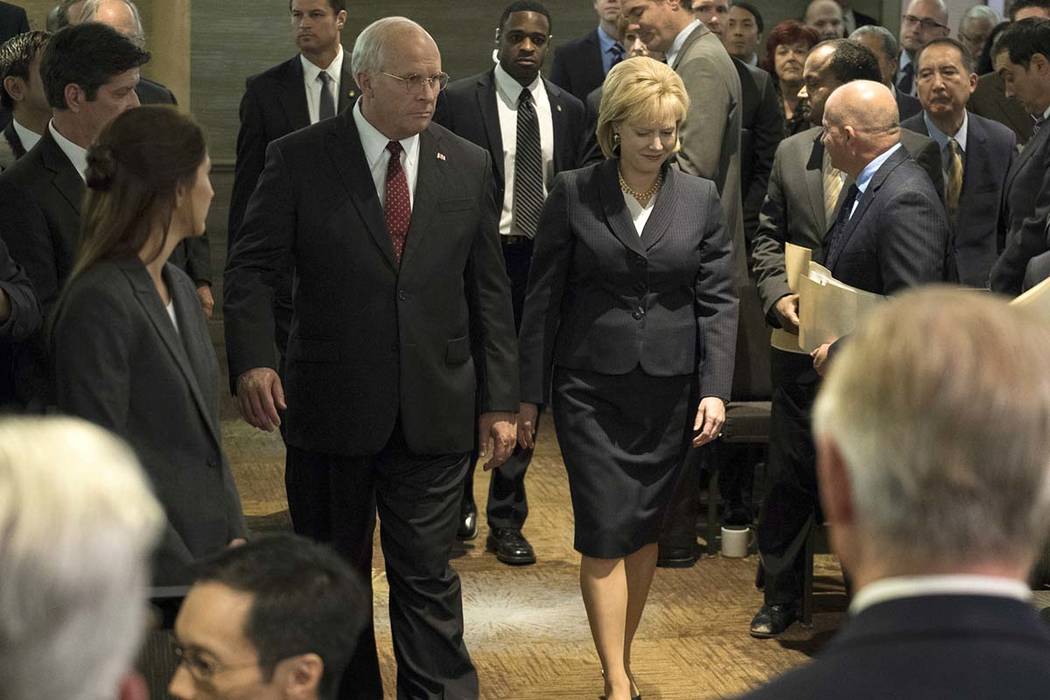 The Oscar path for both “Green Book” and “The Favourite” appeared to be solidified, with nods for all of the leads for each: Viggo Mortensen and Mahershala Ali for “Green Book”; and Olivia Colman, Rachel Weisz and Emma Stone for “The Favourite.”

While some critics have taken issue with “Green Book” for relying on outdated racial tropes, the uplifting drama’s once flagging Oscar campaign has lately received a boost with both better ticket sales and accruing awards love. Farrelly, best-known for broader comedies with his brother, Bobby, like “There’s Something About Mary,” also received a best director nod for his first dramatic film.

Performers like Constance Wu (“Crazy Rich Asians”), Regina King (“Beale Street”), Ali and Washington, insured a somewhat diverse field of nominees. Spike Lee was nominated for directing “BlacKkKlansman,” three decades after last being included in the category for “Do the Right Thing.”

“The first word that came to mind was ‘BOOM SHAKALAKA,’” Lee said in a statement.

But the Globes also didn’t nominate any of the year’s acclaimed female filmmakers for best director, and none of the 10 best picture nominees were helmed by a woman. At the previous Globes, presenter Natalie Portman pointedly introduced the “all-male” directing nominees.

Damien Chazelle’s Neil Armstrong biopic “First Man,” which has seen its awards hope wane in recent weeks, failed to liftoff, scoring neither a best film nod, nor one for Ryan Gosling’s leading performance. (It did land nominations for Claire Foy and its score.) The news was worse for Steve McQueen’s heist thriller “Widows,” which was shut out entirely.

Also left out, to gasps heard across social media, was Ethan Hawke’s performance as an anguished pastor in “First Reformed” and Pawel Pawlikowski’s Polish stunner “Cold War,” his follow-up to the Oscar-winning “Ida.” (The nominees for best foreign language film alongside “Roma” were “Capernaum,” ″Girl,” ″Never Look Away” and “Shoplifters.”) Some of the TV snubs — “Atlanta,” ″This Is Us,” ″Better Call Saul” — were even more surprising.

But the Globes also handed nominations to some up-and-comers, including Lucas Hedges (“Boy Erased”), Timothee Chalamet (“Beautiful Boy”) and Elsie Fisher, the 15-year-old star of the coming-of-age tale “Eighth Grade.” ″WHAT,” said Fisher on Twitter. When reached by phone Thursday morning and told she was trending, Fisher — whose character is a little-liked YouTuber — replied “Hell yea!”

And the press association made room for one old favorite: Robert Redford, in what he has said may (or may not) be his final acting performance, received his 10th Globe nomination for “The Old Man & the Gun.” He was given the group’s Cecil B. DeMille achievement award in 1994.

Glenn Close, nominated for her performance in “The Wife,” said Thursday morning she had done two performances of the off-Broadway play “Mother of the Maid” the day before and said her voice was “gone.”

“Maybe today it’ll be tequila,” she said of her celebration plans. Or maybe not. “I have a show tonight. And I’ll probably have to go back to sleep at some point today.”

The nominees for best animated film were: “Incredibles 2,” ″Isle of Dogs,” ″Mirai,” ″Ralph Breaks the Internet” and “Spider-Man: Into the Spider-Verse.”

Though the major studios like Disney (“Black Panther,” ″Mary Poppins Returns,” ″Incredibles 2″), Warner Bros. (“A Star Is Born”) and Universal (“Green Book”) are more in thick of awards season than usual, indies carried the day. Annapurna Pictures (“Vice,” ″Beale Street”) and Fox Searchlight (“The Favourite,” ″Can You Ever Forgive Me?) led the studios with 10 nods apiece, especially welcome news for billionaire heiress Megan Ellison’s Annapurna, which struggled through financial difficulties this fall.

Still, Disney could in, a way, claim supremacy. Its soon-to-be-finalized acquisition of Fox would make its nominations tally 21. The nod for its “Black Panther” marked Marvel Studios’ first best picture nomination at the Globes, a feat it is hoping to repeat at the Academy Awards.

The ratings for last January’s broadcast, hosted by Seth Meyers and graced with an impassioned speech by Oprah Winfrey, dipped 5 percent with approximately 19 million viewers. As the first major award show following the Harvey Weinstein revelations and subsequent launch of the #MeToo movement, the usually more frivolous ceremony had an atypical edge of seriousness. In a demonstration organized by the then-just-founded Time’s Up, many women wore black on the red carpet.

Whether this year will return the Globes to their more lighthearted celebrations will rest partly with its unexpected pairing of Andy Samberg and “Killing Eve” star Sandra Oh, who on Thursday was nominated for best actress in a TV series drama. They were announced as hosts to the Jan. 6 ceremony, to be broadcast live on NBC.