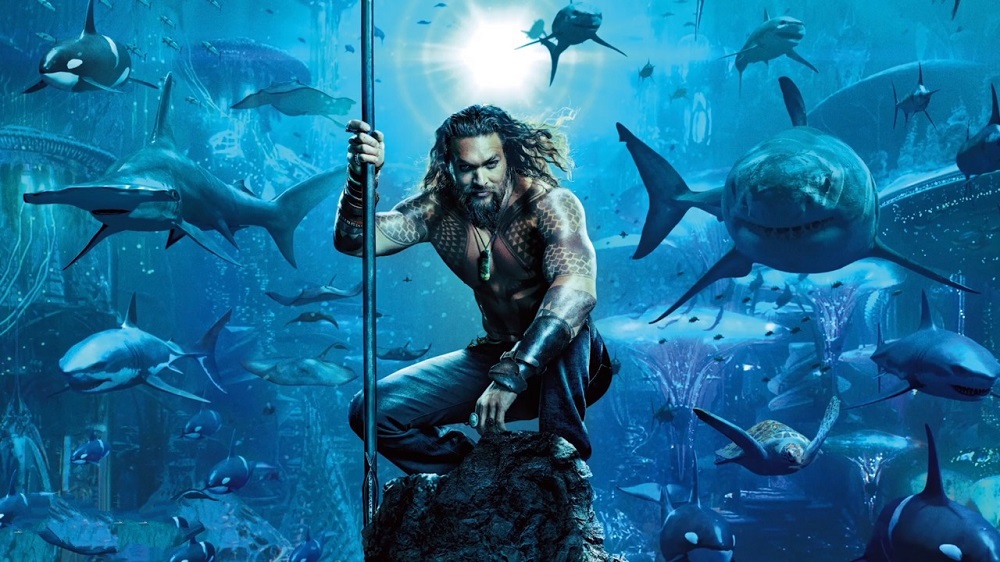 It might have been a quiet weekend at the box office, but Jason Momoa‘s “Aquaman” is riding a huge wave heading the Christmas melee as “Ralph Breaks the Internet” took a third week topping the box office charts.

The upcoming DC Comics superhero film “Aquaman” arrived with a titanic sized splash in Chinese theaters letting us be ready to the typhoon it will be bringing to North America. Warner Bros. was validated by this risky plan to open there rather than everywhere at once.

Hollywood has learned a lot about Chinese moviegoers in recent years, but releasing films in the country — the world’s No. 2 market behind the United States — remains a crapshoot for American studios. Warner and other Hollywood companies cannot distribute their own movies in China; they must rely on the state-owned China Film Group. Chinese censors often do not clear American films for distribution until the relative last minute, hindering marketing efforts.

And Chinese audiences have grown more selective about Hollywood movies, at times displaying a new preference for locally made movies like the extravagant “Operation Red Sea,” directed by Dante Lam, known as the Michael Bay of Asia.

The upshot: “Aquaman,” starring Jason Momoa as the DC Comics superhero and directed by James Wan, could have easily flopped in China, which would have left a stink on the movie ahead of its global rollout. “Aquaman,” which cost an estimated $350 million to make and market worldwide, will arrive in 40 more countries on Friday. Audiences in North America will have the chance to see it starting on Dec. 21.

Warner decided to pursue an early release date for “Aquaman” in China to avoid the country’s traditional end-of-year blackout period for American movies. Opening first in China — where Wan has a following, having directed the smash hit “Furious 7” — would also allow Warner to limit the impact of piracy, which is rampant in the country. Piracy was a major factor in the recent failure of Warner’s “Crazy Rich Asians” at the Chinese box office; the romantic comedy’s release in China came three months after its rollout elsewhere in the world.

Why didn’t Warner just release “Aquaman” this weekend in North America as well?

The two weekends after Thanksgiving in the United States are typically among the slowest moviegoing periods of the year, as holiday shopping and related festivities (school pageants) take priority.

So, for the second week in a row, no new wide releases opened in North American theaters, allowing Disney’s animated sequel to again lead domestic ticket sales with $16.1 million, according to studio estimates Sunday.

The top six films at the box office were all unchanged. Universal’s “The Grinch,” still a major draw in its fifth weekend, trailed in second with $15.2 million.

But the weekend’s biggest new arrival was in China, where Warner Bros.′ “Aquaman” debuted with $93.6 million in ticket sales. That marked a new opening-weekend record for both Warner Bros. and DC in China. Considering the recent checkered history of DC films (“Justice League,” ″Suicide Squad”), the big launch in China was a promising sign for the spinoff starring Jason Momoa.

“Adding to the success of ‘Wonder Woman,’ this is a really solid performance and portends big numbers for North America in two weeks when it opens,” said Paul Dergarabedian, senior media analyst for Comscore. “This is a movie, along with ‘Mary Poppins Returns’ and ‘Bumblebee’ and other movies, that’s going to give December that boost that a ‘Star Wars’ movie would give us.”

“Aquaman” will expand to 40 international countries next week and arrive in North American theaters Dec. 21.

“Aquaman” wasn’t the only big-budget holiday season release receiving a lift this week. Paramount’s “Transformers” prequel “Bumblebee” played a one-night sneak preview in 326 theaters nationwide ahead of its Dec. 21 release.

Disney’s “Mary Poppins Returns,” due out Dec. 19, also helped its cause with four Golden Globe nominations Thursday, including best picture, comedy or musical, and acting nods for Emily Blunt and Lin-Manuel Miranda.

The feel-good interracial road trip period tale “Green Book” fared even better at the Globes (five nominations, including best picture, comedy or musical, and acting nods for Mahershala Ali and Viggo Mortensen) and had good results at the box office to show for it. In its fourth week of release, “Green Book” held with a rare 0 percent drop, earning $3.9 million in 1,181 theaters. It has grossed $20 million in total.

A more traditional royal drama, “Mary Queen of Scots,” also opened strongly in limited release. The Focus Features title, starring Saoirse Ronan as Mary Stuart and Margot Robbie as Elizabeth I, debuted in four theaters with a robust $50,045 per-theater average. Lis Bunnell, president of distribution for Focus, said the film’s modern spin “made it resonate with audiences in a powerful way paralleling so much of what is still going on today for women.”

Also opening in limited release were “Ben Is Back,” the family addiction drama with Julia Roberts and Lucas Hedges (a $20,243 per-theater average in four theaters), and the caustic pop music critique “Vox Lux,” with Natalie Portman (a $27,000 per-theater average in six theaters). This is one of the worst big screen debuts every for Julian Roberts, who stars in the film as  Mother of a drug-addicted son, played by Lucas Hedges (who we interviewed here).

To commemorate the 25th anniversary of Steven Spielberg’s “Schindler’s List,” Universal re-released the Holocaust epic in 1,029 theaters. But it failed to turn out large crowds, grossing a modest $551,000.

Next weekend, the box office is expected to be significantly busier with the release of “Spider-Man: Into the Spider-Verse,” ″Once Upon a Deadpool” and Clint Eastwood’s “The Mule” and “Mortal Engines.”