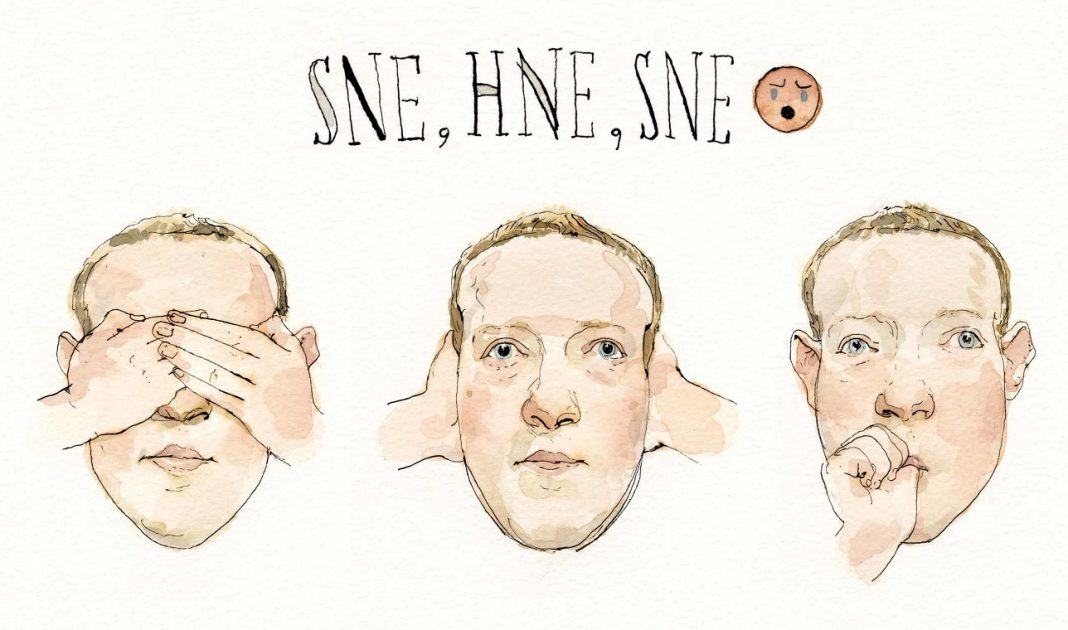 Mark Zuckerberg’s Facebook empire was once the darling of Washington DC politicians on both sides of the aisle, but in the past couple of years, his social network in our nation’s capital is shrinking. Once a supporter, Hillary Clinton stated that the social media titan “should pay a price” for what he has done to democracy. She is now expressing doubts as to whether free and fair elections are even possible in 2020 as Facebook has chosen not to fact check political advertising.

Bipartisan hostility against Facebook has been building for months, fueled by a series of privacy scandals, the site’s role in Russian meddling in the 2016 presidential campaign and accusations that Facebook crushes competitors.

Now, with the 2020 elections approaching, Democrats especially are homing in on the conduct of the social media giant and its refusal to fact-check political ads and remove false ones.

“When you’re the No. 1 monopoly, people are going to come after you,” says John Feehery, a veteran Republican communications strategist. The challenge for Democrats, as he sees it: “They’re facing a base that is very angry and restive. So they have to be much more aggressive in taking on corporations.”

Zuckerberg enjoyed a cozy relationship with the Obama administration. But in the face of growing public outrage, the co-founder of the upstart born under the motto “Move fast and break things” is learning the art of smoothing over and piecing back together.

His new strategy: a personal blitz featuring serial private meetings in Washington with key lawmakers of both parties and President Donald Trump; small, off-the-record dinners at his California home with conservative journalists and opinion makers; and the occasional public address or TV interview.

The Rev. Al Sharpton said last week that Zuckerberg would meet with him and others to discuss concerns such as Facebook’s handling of political messages. Misinformation on the platform can contribute to the suppression of voting by African Americans and other minorities, civil rights leaders say.

Zuckerberg has become lobbyist-in-chief for a tech giant that has about 60 people officially playing that role. The company spent an estimated $12.6 million on federal influencing last year.

The political ad issue hits close to home for Democrats. Facebook, as well as Twitter and Google, refused in September to remove a misleading video ad from Trump’s reelection campaign that targeted top-tier Democratic candidate Joe Biden. Sen. Elizabeth Warren, another top Democratic contender, chose to hit back by running her own ad and making it personal by falsely claiming that Zuckerberg had endorsed Trump for 2020.

Warren, who has called for breaking up Facebook and other tech giants, acknowledged the ad’s deliberate falsity to make her point.

Then came Zuckerberg’s speech last month at Georgetown University in which he promoted free expression as the foundation for Facebook’s refusal to take down content it deems newsworthy, even if the material violates company standards. The next week, during prickly questioning by Democratic lawmakers at a televised House hearing, Zuckerberg dug in on not fact-checking politicians’ speech and the handling of hate speech and potential incitements to violence.

“This really is not about money,” Zuckerberg insisted. “It is important that people can see for themselves what politicians are saying.” Facebook says political advertising accounts for less than half of 1% of its total revenue.

Separately from political advertising, Facebook has policies and improved technology that it says now enables it to more efficiently detect terrorist content in many languages. Following the mass shooting in New Zealand last spring, for example, Facebook now prohibits livestreaming by people who have violated rules covering organizations and individuals deemed dangerous and potentially violent.

In the lambasting from Democrats, Rep. Joyce Beatty of Ohio, the vice-chair of the Congressional Black Caucus, focused on Facebook’s track record on civil rights and diversity. She told Zuckerberg that he had “ruined the lives of many people, discriminated against them.”

As part of a legal settlement with civil rights groups, Facebook changed its ad-targeting systems this year to prevent discrimination in housing, credit and employment ads. It previously had allowed such ads to be targeted to people based on age, sex or race, which is illegal.

At some points, friendlier Republican members of the House Financial Services Committee asked Zuckerberg how he was holding up through the six-hour hearing. “I’m doing OK,” replied the 35-year-old co-founder, chairman, and CEO. He’s one of the world’s richest individuals, with a net worth currently estimated at $71 billion.

Summing up, Rep. Maxine Waters, the California Democrat who leads the committee, told Zuckerberg, “You have opened up a discussion about whether Facebook should be broken up.”

A mandated breakup would be the worst-case scenario for Facebook and the other big tech companies. Facebook says splitting up large tech corporations would make the election system more vulnerable to interference because the companies wouldn’t be able to work together to prevent it.

For Zuckerberg and the Democrats, “it may be a nasty divorce,” said James Thurber, a professor of government at American University who founded its Center for Congressional and Presidential Studies. “He clearly has taken a stand that’s really quite unpopular.”

“You’ve got to be very careful about that, if you think you can do it yourself,” he said.

Rep. David Cicilline, a senior House Democrat who leads the Judiciary Committee’s investigation into the market dominance of big tech companies, is working on legislation that may target the profits made by Facebook from political ads it knows are false. The measure likely would also apply to social media rivals Twitter and Google.

Last Wednesday, Twitter made the unexpected announcement that it will ban all political advertising from its service.

“This is a good first step,” Cicilline tweeted. “Your move, Google/Facebook.”

Zuckerberg’s quick riposte, during Facebook’s quarterly conference call on earnings, was to reaffirm the company’s commitment to the value of free speech, including for politicians.

It’s a sharp reversal of fortune for Facebook from the days of the Obama administration, when the company was hailed as an exemplar of innovation and an engine of economic growth. Campaign money flowed to the Democrats from big tech companies.

At an employees’ town hall at Facebook’s Silicon Valley headquarters in April 2011, President Barack Obama said: “My name is Barack Obama and I’m the guy that got Mark to wear a jacket and tie.”

As they removed jackets and ties in unison and rolled up their shirt sleeves, Obama enthused, “Being here at Facebook is so exciting for me. You guys are at the cutting edge of what’s happening.”

Zuckerberg also isn’t planning on giving up on his Libra currency any time soon either. He claimed that he wouldn’t continue without politician’s support, but it should come as no surprise that he will continue on.