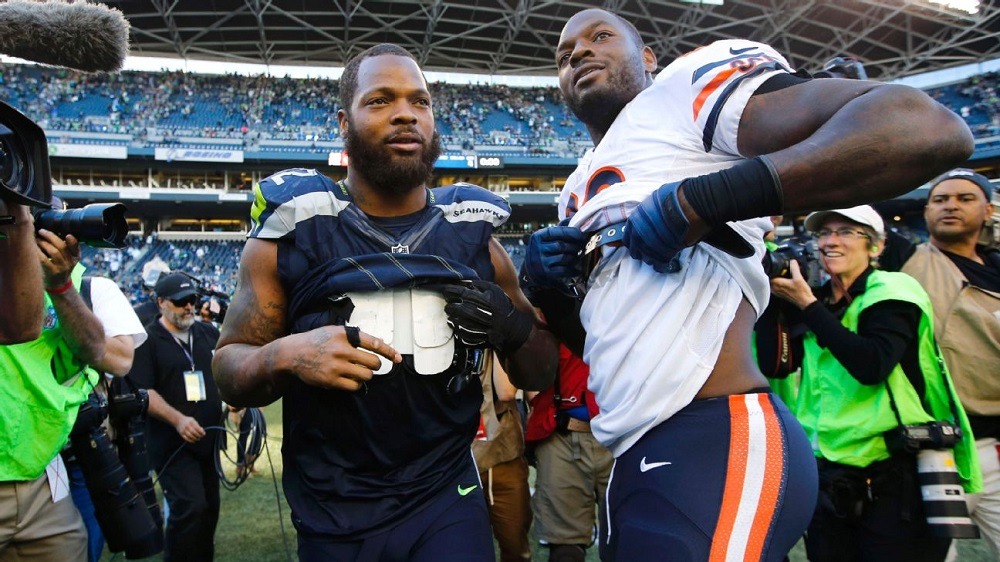 The Bennett Brothers Hold Nothing Back Jay Cutler, Eli Manning, Other NFL Stars, Advise Emerging Players to Be Themselves

New England Patriots tight end Martellus Bennett and Seattle Seahawks defensive end Michael Bennett have never been afraid to speak their mind. Earlier this week, Michael ruffled some feathers by calling out Carolina Panthers quarterback Cam Newton for collecting a nice paycheck and not standing up for change in the world.

ESPN the Magazine recently did a feature story on the brothers, in which writing Mina Kimes followed the pair around for a few days and got their uncensored thoughts on players and figures within the NFL circle.

Their opinions are well documented. They don’t care what you or anyone else thinks.

“I’d be open, and he’d throw into double coverage,” said Martellus, who spent the last three seasons with the oft-criticized quarterback.

“Eli?” said Martellus when asked about another former quarterback of his, New York Giants superstar Eli Manning. “He’s cool. He’s like a normal white guy you see at the park trying to teach his kids how to play soccer and you know he can’t really play soccer himself.”

When asked about Sam Bradford, the two brothers smiled at each other before calling him the greatest and likening him to Joe Montana while holding back laughter.

After some good-natured ribbing, the Bennett’s got serious when addressing young, emerging football talents.

“When we’re done, we can’t get jobs,” said Martellus, citing that most players he talks to have no concern with anything outside of the sport. “We don’t know shit. We don’t have interests; we don’t have passions. Football is the only thing we’ve done our entire lives.”

Athletes—your whole life you’re pointed a certain way,” agrees Michael. “You don’t know who you are.”

The brothers stress the importance of finding yourself away from the game. Personally, they’re working on a TV show.