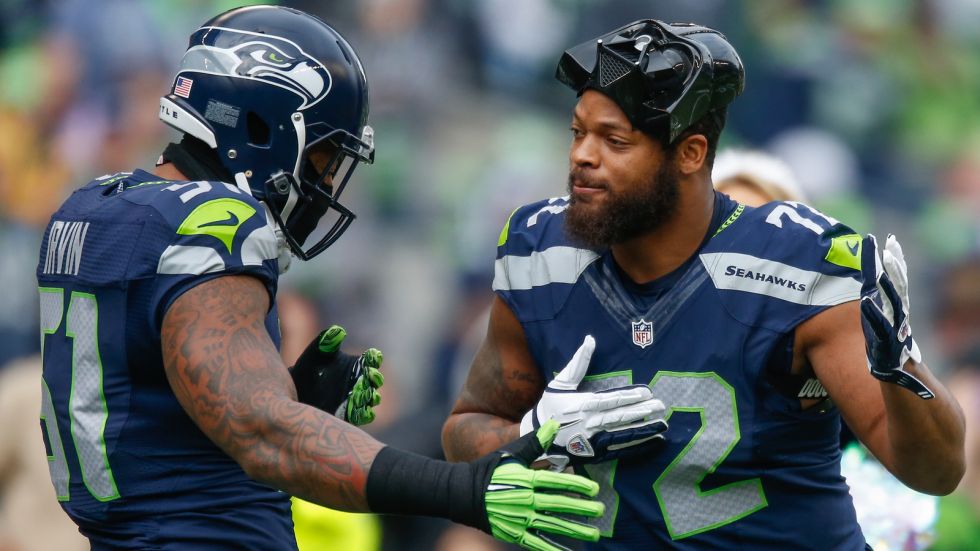 Michael Bennett Calls Out NFL Players, Cam Newton for Failing to Take a Stand Then Clarifies

Seattle Seahawks defensive end Michael Bennett is rarely at a loss for words. Whether he’s addressing problems within the league, his contract situation, or political issues, his stances are well documented.

At training camp Saturday, Bennett addressed reports in a Black Lives Matter shirt, complaining about his fellow professional football players, saying they don’t do nearly as much as the NBA and WNBA in terms of promoting change. Specifically, Bennett isn’t happy with Carolina Panthers quarterback and reigning NFL MVP Cam Newton.

“Our great players are sitting back just taking the dollars, whether it’s Cam Newton, all these guys,” said Bennett. “They’re not really on the forefront of trying to change what’s going on.”

Newton, however, wasn’t the only quarterback to feel Bennett’s rage off the field for a change.

“But a lot of things in the NFL are so broken,” continued Bennett. “You don’t see a lot of great players talking about things socially, whether it’s Peyton Manning or Aaron Rodgers, all of these guys, they’re white. They don’t have to deal with the things that we deal with as black players, so it’s not as many.”

Bringing race into anything right now is a slippery slope, but Bennett is fed up. While the NBA is always promoting change, NFL stars seem lackadaisical on the matter.

Of course, getting into politics can be a slippery slope. It’s very easy to alienate fans, especially in the current state of divisiveness in America. At the same time, things are going downhill quickly, and professional athletes do have the prominence and following to get their message out there.

Unfortunately, talk doesn’t solve anything. Short of refusing to play (like athletes did back in the day), you won’t accomplish much but fire up some arguments.

Personally, I think everyone should stick to their jobs. Lawyers do law, accountants balance check books, and football players play football. Leave the politics on Facebook; that’s where everyone spouts off, anyways.

Naturally, reaction was pretty strong from all sides, so Bennett quickly got with the media to ‘clarify’ what he meant by his statements. Pro Football Talk first reported that Bennett called Newton directly before addressing the media.

“I just said that I’m not trying to make a division within the community of NFL players,” Bennett said. “I’m just trying to bring unity, basically. Sometimes you read things, and it comes out like I’m saying that that’s the main person. But I’m just saying that we need to work together to come together with what’s going on and figure a way, how can we be better? How can we be better influencers?

“Just want to work well with all the players together. It takes a village to do something like this. It’s not going to be one player. It’s going to be a group of players. I just want to emphasize that to a lot of the players.”