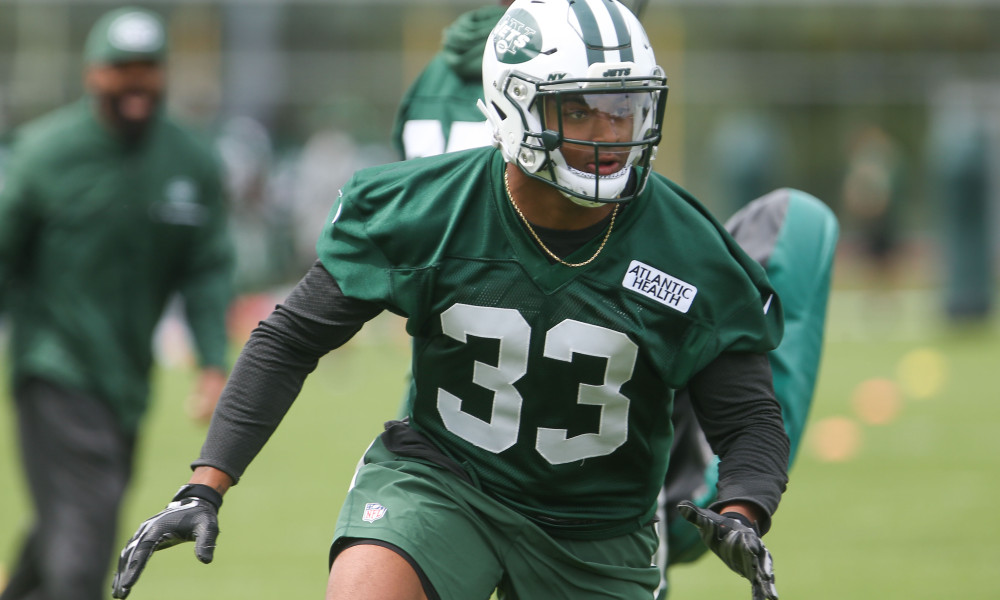 Would you die for your job? I imagine most people would rather just kill their boss.

What about your favorite team? Would you put the “die” in “die-hard fan” for them?

I’d have to give both a hard pass. I’d like to think my life has a bit more meaning than that. But hey, I guess for some people, that’s their calling. New York Jets rookie Jamal Adams seems to believe, for example, that that’s what he was put on this earth for. While speaking to fans at an event, Adams noted that he loves the game so much that he would be okay with literally dying on the field.

“I can speak for a lot of guys that play the game,” said Adams. “We live and breathe it. This is what we’re so passionate about. Literally, if I had a perfect place to die, I would die on the field. And that’s not a lie. There’s so much sacrifice that we go through as a team, and just connecting as one and winning ball games. There’s nothing like playing the game of football. But again, I’m all about making the game safer.”

Yes, making the game safer is definitely a good thing. While Adams may insist that he is willing to die for this sport, I’m sure he would prefer not to. Still, young players shouldn’t say stuff like that, especially with all the CTE and brain injury issues clouding around the league today.

“I think fans understood the emotion of what he was saying,” said Goodell. “Which is: We love the game. I think they love the game. But I don’t think anyone took it [literally].

Green Bay Packers tight end Martellus Bennett wasn’t nearly as forgiving, lashing out over Twitter at the foolishness of a statement such as that.

“I hope All these young cats that are willing to die for the game of football find a higher purpose in life,” Tweeted Martellus.

Bennett loves football as much as the next guy, but he also knows there’s more to life.

“Look football is great but I ain’t dying for this s–t. Lol,” said Martellus in a follow up Tweet.

If Adams was joking, he didn’t pick an opportune time as players not much older than him are retiring over concussion fears. If he isn’t joking…well, see Martellus’s Tweets.

On Tuesday, Adams was quick to clarify what he actually meant by his statement. After the CTE study hit recently, you can be sure that Roger Goodell had someone speak to the rookie to change his choice of words.

And that’s exactly what happened. He said that he was speaking about his passion for football and not about willing to succumb to brain injuries to play in the NFL.

Adams said he was surprised his comments — which he made while responding to a fan’s question about the degenerative brain disease chronic traumatic encephalopathy (CTE) — sparked such a firestorm.

“Honestly, I really didn’t see it getting that far,” he told reporters after practice. “I was speaking about being passionate about the game that I love. I understand that some families were affected by this disease. I definitely didn’t mean it in any type of way.”

Adams said he decided to address it because coach Todd Bowles told him to “clear it up.” He also spoke with his father, former NFL player George Adams, but declined to say what his father told him.

“When you see something that’s blown up, that’s on First Take and ESPN, I think it should be addressed,” Adams said.

“My words were simply that I’m very passionate about what I do,” he said. “I said at the beginning [of the forum] … I’m all about making the game safer. I understand CTE and the symptoms and whatnot, and how families are affected by it, but it’s simply about passion.”

On Monday, the Jets conducted a fan forum with about 150 season-ticket holders. Commissioner Roger Goodell sat alongside Adams in the front of a packed auditorium. The issue of player safety and the recent CTE study came up.

“Literally, if I had the perfect place to die, I’d die on the field,” Adams said.

Many in the crowd applauded the remarks. On Tuesday, Adams addressed the applause, saying, “I can’t control what people … how they viewed it.”