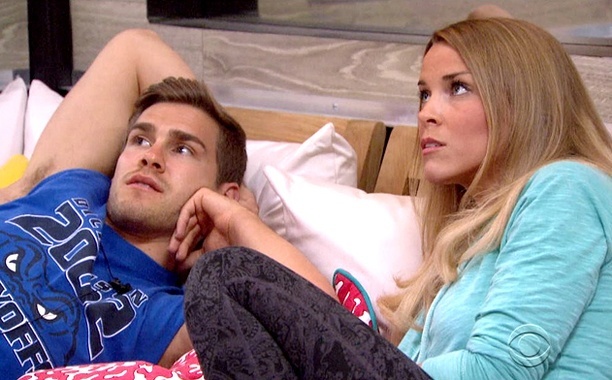 Audrey said James winning head of household was scary for him. Shelli said she believed James would keep his word to her to keep her in the game and that she thought he was smart enough to stick to what he promised. Liz said she was freaked out about her and Julia’s safety in the game because she never bonded with James. Meg said James winning was like a win for her too. Vanessa said she was nervous about who James would nominate for eviction this week. Julia said Austin told the enemy what her real name was and that she needed to talk to Liz to get to the bottom of this. Austin said that Jason got what he deserved last week and Julia went after Austin for talking about her behind her back. Austin tried to do damage control with Julia. Julia said she didn’t trust a word Austin said. She said she would forgive what he said about her but never forget it.

Shelli told Vanessa she couldn’t win head of household again because it would make her a huge target. Vanessa said she was afraid she wasn’t important to Shelli in this game. Austin said he was frustrated because Julia was still mad at him. He asked Clay and Shelli to talk to Julia on his behalf.

James said Shelli was his target because she is the queen of the house and is doing all Clay’s work. Becky asked Shelli and Clay to win Power of Veto in the house for this week. Clay then told Shelli they had to go talk to James. Shelli said she was pissed off because she thought she was better off not winning head of household but now she is not so sure about that. Vanessa admitted to James she dropped the ball last week when she put Jason up for eviction. Vanessa told James it would be smarter for him to make a big move as head of household. Vanessa said she was so vulnerable this week she had to look out for herself in the game. James called Vanessa a straight shooter and said she might be able to win head of household for the third time. Clay told James he and Shelli felt like they were being targeted in the game. James said Clay and Shelli wouldn’t own up to their part in getting Jason sent home last week. James said he was weighing his options and he had a big decision to make. He said he wasn’t scared to get blood on his hands in this game.

James began the nomination ceremony and chose Clay and Shelli. He said they blindsided him last week and he had to take her out now. Shelli called James out on making a deal with her and  not sticking to it. She said she and Clay had nothing to do with Jason getting evicted last week. Clay said it was stupid for James to nominate him and Shelli for eviction. Vanessa said this was a bad game move on James’s part. Shelli said it was more important than it ever had been before for herself or Clay to win power of veto this week.