Home TV Show Recaps Ballers BALLERS 106: Everything Is Everything & Other Clichés 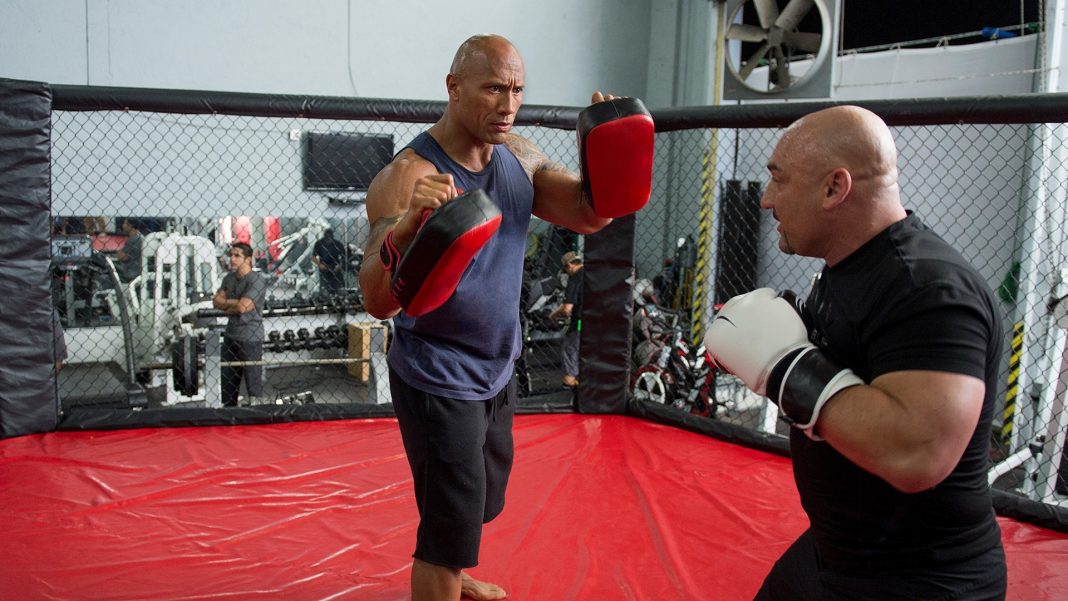 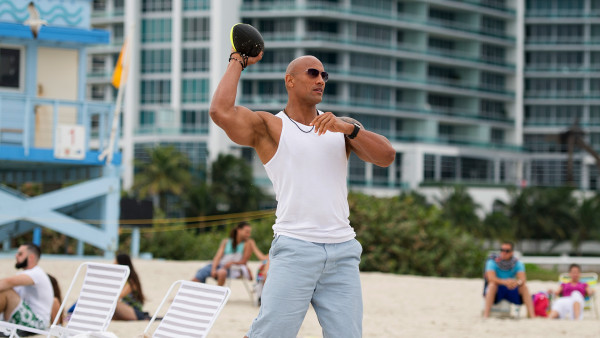 The title of this week’s “Baller’s” episode is one of the worst clichés ever. “Everything is Everything,” is the same as saying nothing at all. Just like, “it is what it is.” Athletes love to use both those little idiotic phrases and I will even self-report using them in the past. I did so until I realized how dumb these little catch phrases sounded. The fact that Reggie said it, confirmed just how ridiculous it sounded in my own head.

OK, Spencer gets the cold shoulder from his lady friend about missing his MRI. He is simply scared of the possible results. We see a bit of rage come out on the beach as Spencer is hit in the head by a kid tossing a football with him. I doubt that is from past head trauma. Who wouldn’t be pissed at getting tagged in the dome while not looking? 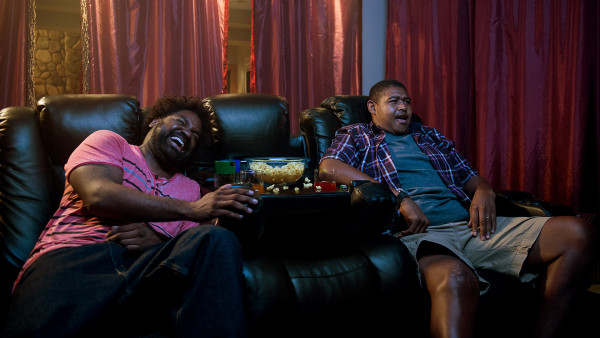 What could be worse for a marriage than a visit to Ricky Jerret’s fun house? A live in hooker? Swingers parties? A nymphomaniac for a housekeeper? Even thick headed Ricky realizes this den of iniquity is no place for Charles Greane. But the big guy indulges nonetheless. He does try to avoid the pool that Jerret has sent billions of little swimmers into though.

The tabloid news folks have gotten hold of the dirt on Ricky and Alonzo’s mom. It was a matter of time. Can’t hide a damn thing in today’s connected world. Ricky thinks he can smooth this over with his GM, Larry Seifert. Larry tells him he best get to cleaning this mess up before it gets even worse.

Once again Reggie is being a pain in the ass. He tries to make Spencer look guilty since he is acquainted with the lady selling the photos of Vernon. What the hell would Spencer have to gain from jacking up his own client? Reggie is just plain stupid and I’m still hoping he gets whacked before the season finale.

We see more of Spencer talking over his rescheduled brain scan. The show is making a serious point about NFL head injuries. It will be interesting to see how far they go with it toward the end of this season and the eventual series finale. 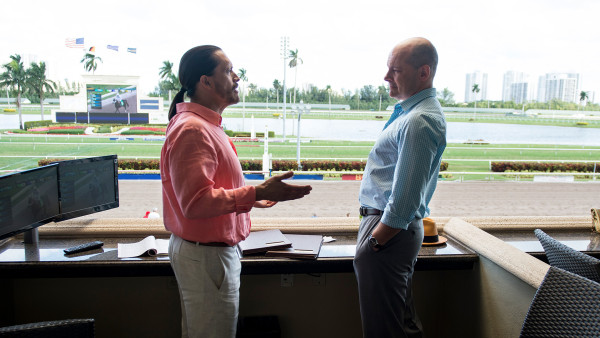 Joe did a good job with Maximo Gomez. He got the guy to go for a much lower number from Vernon to get the photos. $150K might do the trick. That’s a big leap from half a million and all it took was a visit to the race track and some intern banging tips from Joe.

The highlight of this week’s show was the cameo by one Jay Glazer. I’m a huge fan of this MMA training, ESPN beating, bald headed dynamo. Guy gets great info before the evil four letter network all the time and seems like a regular guy who just grinds like crazy at his job. Spencer offers Ricky up for an exclusive interview. Glazer isn’t interested at first until Spencer says he can have full access and control over the interview. No filters! Sounds disastrous for a guy like Ricky. 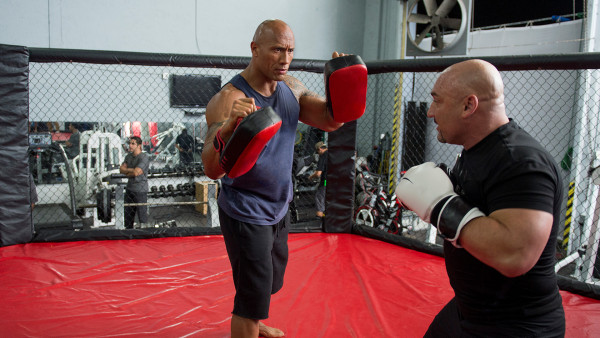 While Ricky is trying to hide in the bathroom before the interview, Charles is tracked down by his lovely wife. The man is scared to death of her and tries to flee the scene. He is caught of course. How’s a 300 pound former lineman gonna get away from a fit 120 pound woman? She shoves him in the STD laced swimming pool as a minor punishment, but she looks to be pretty forgiving. 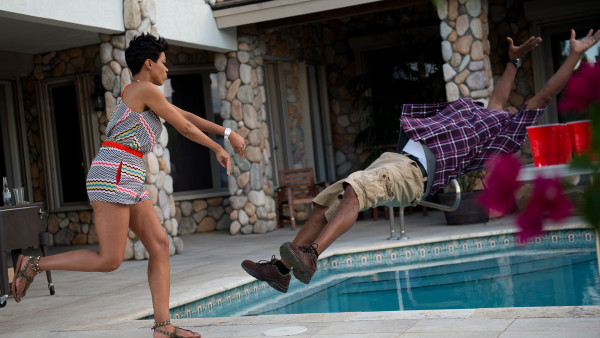 Spencer gives Ricky some great advice. He wants him to show the world who the real Ricky Jerret is. “That’s the only card left to play,” Spence told his boy. He mentioned all the nice things about Ricky that would resonate with the public. Sure he had sex with a teammate’s mom, but he isn’t an evil guy. The world needs to see that. Viewers of Ballers needs to see that also. Knowing the guy helped a stranger through college and likes to read Harry Potter books made him more real to me and not just a typical pro football player. Maybe that was the plan of the show runners, to paint Ricky as kindofadick, then slowly transform him into a sympathetic character.

The interview went well and he revealed the reasoning behind his love for the #18. His dad played in The League, wearing #81, a fact that even Glazer didn’t know about. Ricky’s dad wanted nothing to do with his kid, even when he attained success in football. That made Ricky want to be the opposite of his old man, thus reversing his dad’s number.

Ricky was real with Glazer and that should go a long ways toward repairing his image. It was a nice story and one that fits a lot of pro athletes who had no dad around. It explains a lot about how these athletes live their lives as adults after having no positive father figure around. Ricky isn’t exactly living in direct opposition to his dad. The womanizing lines up with a guy that would bounce on his kids eventually, but the heart of the interview was sound. Ricky’s girlfriend Bella wasn’t as pleased with it as she never got an apology for his fling with Ms. Cooley. She finally had enough and headed out the door…..what she should have done a long time ago.

I came away from this episode liking Ricky Jerret a tiny bit more than I did prior. Maybe the show runners can make him into a hero of sorts while Spencer’s story continues. Time will tell, but they have to make it happen fast before the show runs out of time. Season two is already scheduled, but HBO doesn’t have to put up with poor performing shows. They are not known for low quality stuff and can replace this show in a hurry after next year if need be. I don’t want to see the Rock fail in this TV show so maybe it keeps getting better over the next four weeks.