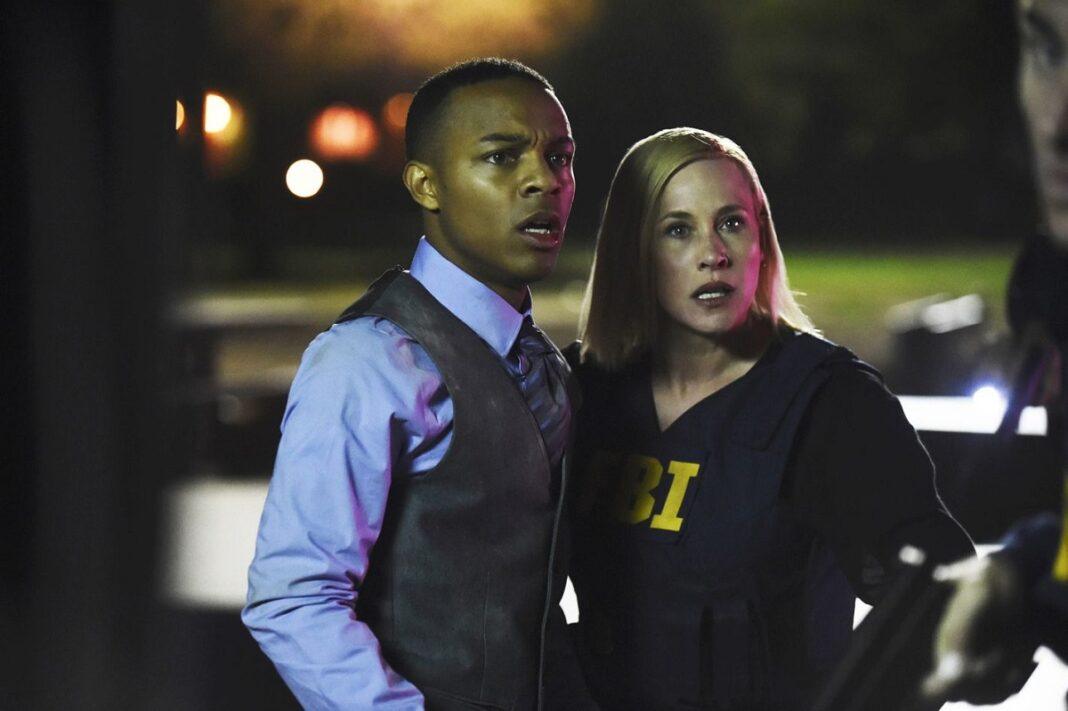 On this week’s episode (Fire Code Ep 104) of CSI: Cyber in Louisville, Kentucky a coffee maker was hacked into and turned on in the middle of the night. Then the TV came on and the homeowner’s alarm clock began beeping. The homeowner watched the channels being changed on her TV. She suspected someone was in her house so she grabbed a large knife from her kitchen and went to investigate. She opened a door in her apartment and there was an immediate explosion that caused the whole house to catch on fire.

A black hat informant named Rusty was then chased through the streets by Agent Mundo and kept running into he smacked face first into a car door the car’s driver had just opened, which happened to be Agent Ryan’s car. The agents had gotten a tip that the man was bragging about being an informant for the FBI. The black hat informant then told the agents that he had gotten possession of a flash drive that contained firmware.

Then Agent Mundo and Agent Ryan went to the house in Louisville to search for clues as to what happened. Agent Ryan told the woman and her roommate that the FBI needed a list of anyone in their life who is tech savvy because this happened after someone hacked into their router.

Nelson went to visit two black hat informant friends living in Baltimore, Maryland. He told them if they got busted hacking they might end up like Nelson has.

Agent Mundo arrested a suspect that was linked to a video of the Louisville house catching on fire. Agent Ryan then surmised that the suspect is a pyro that gets sexually excited watching things catch on fire.

Back at headquarters Nelson talked to Agent Ryan and told her he knew the person who had written the code for the firmware program that caused the Louisville fire. Nelson said that years before he started working for the FBI he had shared that particular code on several online forums. He surmised that someone may have taken his code and expanded on it.

Agents Mundo and Ryan went to Atlanta to keep working on the case. Since Agent Mundo was distracted with some personal business Ryan told him to head back to D.C. and deal with his business. They tracked down a man who hacked into a community college’s computer system and caused a fire just like the one in Louisville and they confronted him over the fact that the community college had recently fired him from his job as an IT professor. Agent Mundo then arrested the man.

The agents started to figure out that the person behind these incidents were actually a type of arsonist. They then set out to determine exactly which devices could be hacked into and used to start a fire. Nelson and Daniel then worked together until they get one of their electronic devices to catch on fire, which they quickly extinguished. They determined that laptop computers can easily be manipulated so that they will overheat and catch on fire, which is what hackers count on happening.

After Nelson left FBI headquarters quickly and unexpectedly Agent Ryan asked Daniel to disable Nelson’s computer because he hadn’t returned her calls since he left unexpectedly and she was suspicious of his behavior. She then found out Nelson sent a message to this black hat friend and told him to avoid Agent Ryan and her team.

Agents Ryan and Mundo then showed up at the home of Nelson’s black hat friends and arrested them. Meanwhile, Nelson was in a park meeting up with another black hat friend, the one he had warned to avoid the FBI. Years before, Nelson and his friend had begun a hacking project which they never finished, yet Nelson’s friend set out to finish it on his own and earned $10 million doing so. Nelson asked him if he was going to have that money deposited into his bank account. He then said that his friend was guilty of using his hacking skills to do wrong instead of right, so the FBI wanted to apprehend him. Nelson begged his friend to confess to what he did and give back the $10 million. His friend then tried to give Nelson $2 million of that $10 million for his part in helping to start the project. After arguing with his friend, Nelson apologized before punching him in the face. His friend got up and tried to run away but Nelson tackled him to the ground anyway. The friend then laid out Nelson and ran off, at which time Nelson turned on his cell phone so Ryan and Mundo could track him down. They knew this meant Nelson wanted the agents to find him so they rushed to his location.

Mundo and Ryan had previously discussed the fact that a former hacker they had worked with had been found guilty of illegal hacking while working for the FBI and that he was afraid the same thing was going to happen to Nelson.

After rescuing Nelson, Agent Ryan said that he was a part of their team but that everyone on the team needed to be on the same page. Nelson then watched his hacker friend get caught and led to Agent Mundo’s car.

Back in DC, Mundo met up with his ex-wife to get back together with her.