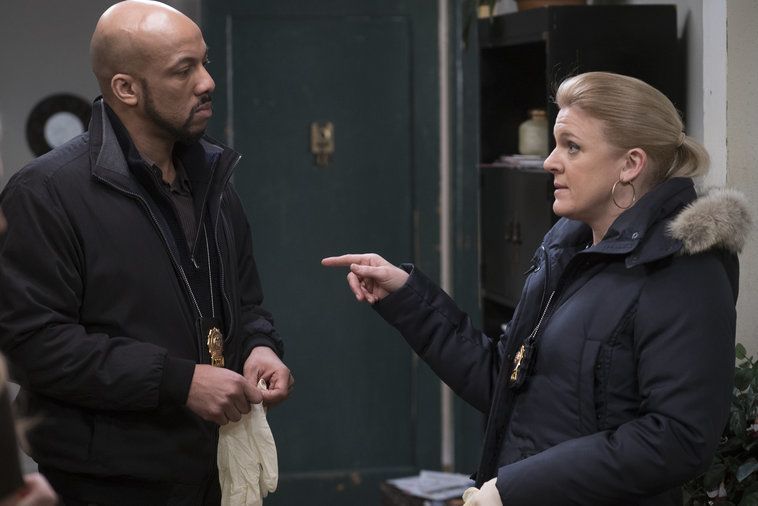 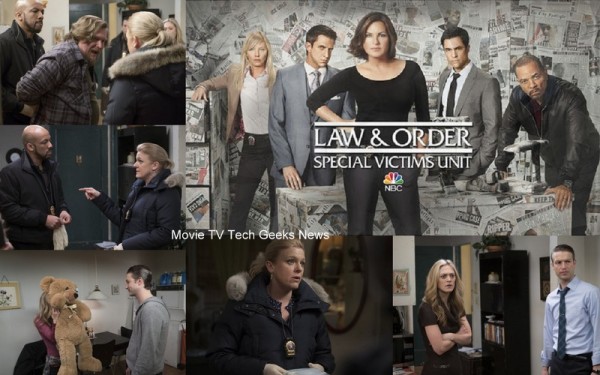 On this week’s episode of Law & Order: SVU Tommy Sullivan showed up at his parole officer’s office and told her that he was late for their appointment because he was at a doctor’s appointment with his pregnant fiancé, Bella (sister of Detective Sonny.) His PO named Donna Marshall then told him if his fiancé was pregnant then he should be willingly to easily consent to giving a urine sample to prove he hasn’t used alcohol. She told him if he refused to give her the urine sample she would have him sent back to prison. 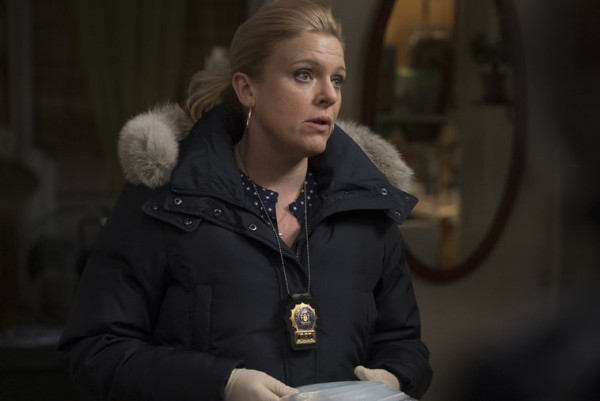 The next day at the precinct, Bella showed up to tell her detective brother that Tommy hadn’t come home the night before and she hadn’t seen him since they parted ways after her doctor’s appointment. Detective Sonny then went out and found Tommy at a nearby jail after having been busted in a drunken bar fight the night before. Tommy told Sonny that Marshall was the one who had forced him to drink alcohol the night before and pulled a gun on him when he tried to refuse. She also forced him to have sex with her at gunpoint. 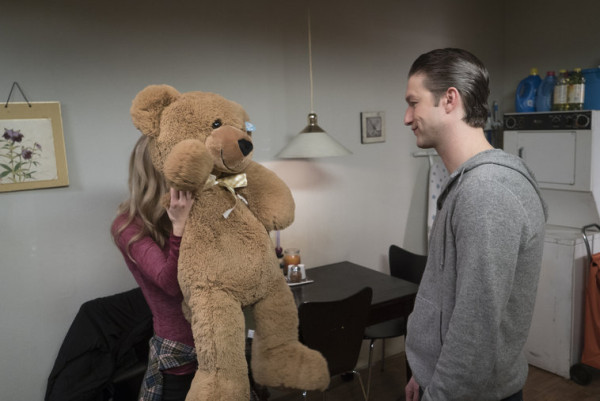 Detective Sonny told Olivia that Tommy had always been a major disappointment and that it seemed like whenever he was about to have his life back on track something bad happened to them. Olivia defended Tommy by saying that victims aren’t perfect and they do make mistakes. Sonny then told Olivia that Tommy had previously spent three years in jail on a charge of possession of marijuana and that Sonny’s sister waited those three years for Tommy to get out of prison. After Sonny confessed that Tommy was forced into sex by Marshall, Olivia told Sonny that Tommy had been sexually assaulted and raped.

Olivia and Amaro then went to talk to Tommy at work. Tommy said he wanted to pretend that what happened between him and Marshall did not actually happen. He also said that all Bella knows is that Tommy went out drinking and screwed up. Olivia then gave Tommy her business card and asked him to come into the precinct the next day with the clothes he was wearing the night of the rape and give them his official statement on what happened.

Olivia then brought Tommy’s parole officer’s boss into the precinct to question him. When the man was told that the person Marshall had assaulted was a man, his only reaction was to laugh. He said that Donna Marshall was a professional who did nothing but work and that he couldn’t see her sexually assaulting anyone. Olivia told the man he needed to cooperate in their investigation and the response she received was that he just needed the name of the man that was making up these accusations’ against Marshall. Olivia then dismissed the man from her office.

Sonny and Tommy told Bella what happened and Bella became angry at Tommy for having sex with Marshall. Bella insisted that Tommy must have come on to her and Tommy said that if he had done that he wouldn’t tell Bella he had. Marshall then showed up at Tommy and Bella’s apartment to do an inspection to ensure Tommy wasn’t violating his parole. Bella then went into Tommy’s bedroom and came out with bags of Oxycodone. He was then arrested for drug possession with the intent to sell.

At the jailhouse Detective Amaro confessed to Tommy and Sonny that Marshall probably went after him because Amaro and Olivia had spoken to her boss and this angered Tommy. Amaro and Sonny told Tommy he needed to move forward with charges of rape and sexual assault because that would give Marshall motivation to frame Tommy as a drug dealer. 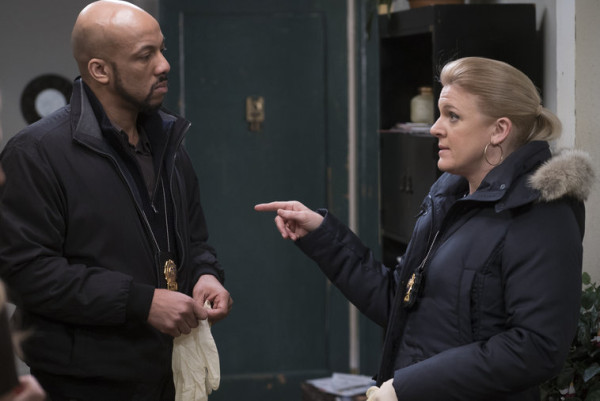 Back at the precinct, Rollins said that Tommy looked guilty whether he actually was or not and that some people who have a history of legal trouble create more because they need the drama. Rollins then said someone involved in the case was lying and they had to figure out who was doing so. Amaro then got a call from the lab and was told Marshall’s saliva was found on the clothes Tommy was wearing the night of the rape. When Sonny told Bella the news she said she was thinking about terminating her pregnancy because she didn’t want to raise a baby alone.

RELATED NEWS
'The Boys' Season 2 Finale: What I Know ended with a big bang for FangasmSPN 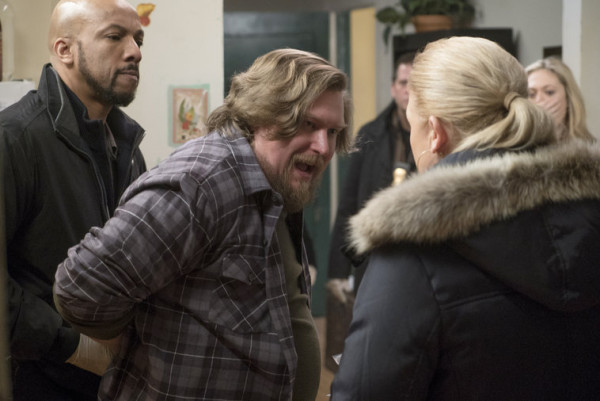 Olivia then brought Marshall in for questioning. She blamed the incident between her and Tommy on a moment of weakness and said she had made a mistake. Marshall also said that Tommy knew she had a long day and offered her a massage that led to him kissing her. She denied she had assaulted Tommy at gunpoint.

It was then determined the drugs found in Tommy’s apartment were linked to another drug dealer who also had Donna Marshall as his parole officer. Rollins went to the drug dealer’s apartment searching for evidence.

Olivia invited Bella to her apartment to talk to her about the case. She tried to explain to Bella that Tommy did not want anything sexual to happen between himself and Marshall. 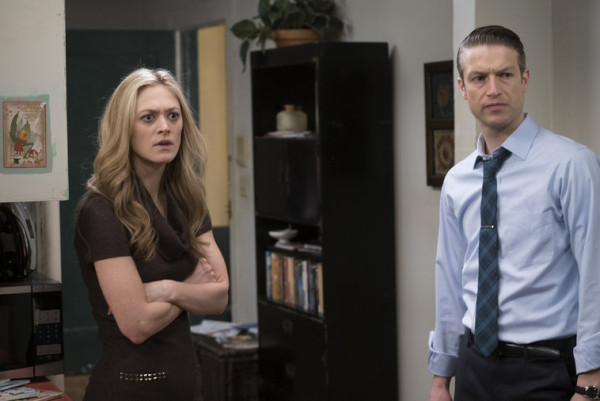 In the courtroom Sonny took the stand to defend Tommy and state what he knew about Marshall. Her lawyer then questioned Sonny about the fact that Tommy only confessed to Sonny what happened because Sonny is a cop. The lawyer also said that the SVU detectives had convinced Tommy that Marshall was guilty of sexually assaulting Tommy. Afterwards, Tommy took the stand and admitted that Marshall raped him.

During a break from the proceedings the drug dealer who also had Marshall as a PO went out for a cigarette and disappeared. The next morning Marshall’s lawyer said the drug dealer claimed SVU coerced him into lying. He ended up taking the stand for the defense.

In the end Marshall told Olivia that all her parolees damaged her emotionally and mentally. Marshall was given no jail time but became unemployed.