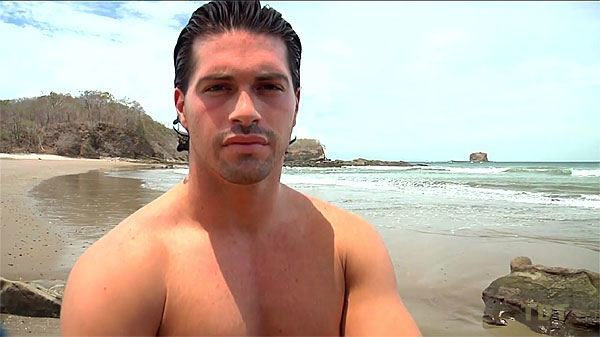 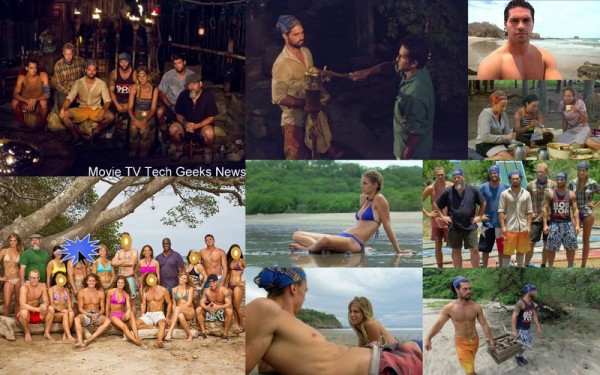 On this week’s episode of Survivor: Worlds Apart, Shirin said she was shocked Max had gone home because he was her ally. She stated that this blindsided her and broke her heart. Shirin said that she never fit in with her peers growing up and she wanted to fix that for this game.

Rodney complained that the other tribe members were telling the same stories repeatedly and he was getting tired of it and wanted to mix things up. He said he was looking for a “homey to chill with” but that he hadn’t found one. He did say he liked Joaquin and that they had similar interests. 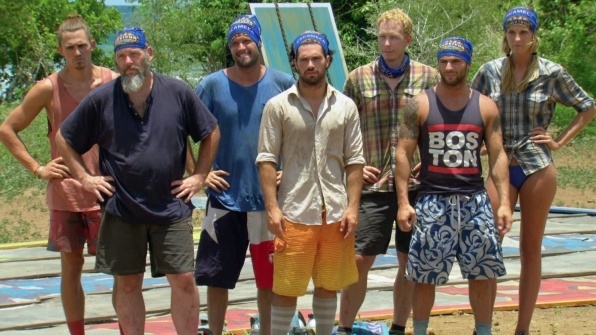 For this week’s Reward Challenge Jeff Probst announced that the tribes would have to navigate an obstacle course and hit six targets. Whichever tribe achieved this first would get a view of turtles migrating from the water to the beach as well as be treated to a feast of foods including beef stew.

As the winning tribe arrived back at camp they got the first glimpse of their feast. Shirin said she was excited about the tribe bonding over a meal and surmised that maybe they would all get sick together from the food. 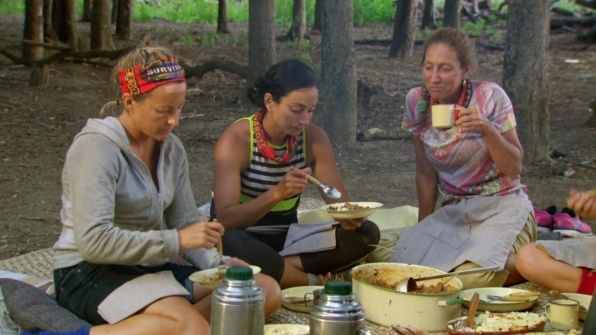 After their feast the tribe got to watch the turtles arrive at their camp. An animal expert was there to teach the tribe about these turtles and the eggs that they lay.

Back at camp, Sierra said that Joaquin was someone she felt comfortable with and that she felt he was trustworthy. Sierra then said that Rodney was annoying and she didn’t know if she wanted to play the game with him. Rodney said he didn’t care about anything negative Sierra had to say about him. He also said he was in a good position in the game and he felt very confident. 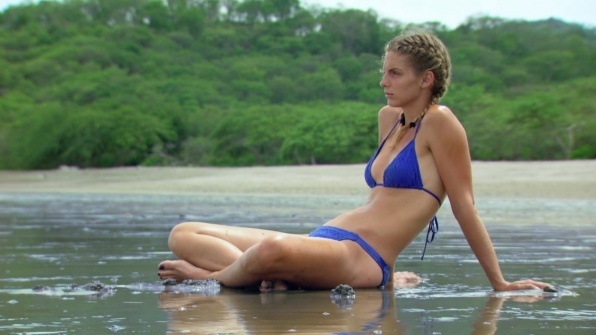 Rodney discussed with Mike trying to get Joe sent home this week. Mike said his real alliance was with Kelly because he felt like she was a fighter. He talked about throwing some challenges in order to keep Kelly safe.

For this week’s Immunity Challenge Jeff announced a memory game featuring a series of items. The tribes had to memorize the order the items were lined up in and then recreate the order. This process had to be repeated three times with every try worth one point. The first tribe to get three points would win the challenge. Members of each tribe went head to head until everyone had competed. Mike and Kelly were the last two to compete and both got their order of their items wrong. They had to try again, this time with a lineup that included one less item. The second time around Mike was still wrong but Kelly was right, winning the challenge for her tribe. After they returned to camp Kelly said that she knew Mike intentionally lost the challenge to give Kelly an advantage in the competition and that she had never trusted anyone more than she trusted him now. 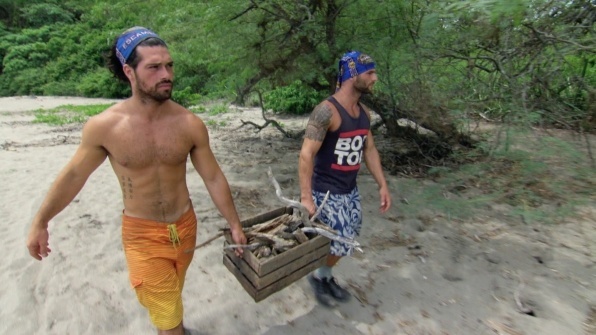 Mike said a little part of him had died because he had intentionally lost the challenge for his tribe. Rodney said that Mike had looked like an idiot and Rodney thought that was hilarious, but stated that everything had worked out well. He also said that he now considered Mike a threat and Mike had to go home. Joaquin said it had been him and Tyler against the world but that now Rodney was his right hand guy. He also said that Sierra owed him one for what he had done for her. Mike said that the next step in the game was to get rid of Joe. Then Joe said his options were limited and he was just going to do what he could. Mike suggested they keep Sierra around and get Joaquin sent home. Dan admitted he and Sierra hit a rough patch and that he knew he had screwed up. He also said that Rodney and Joaquin had to be separated. Sierra said her old tribe had hurt her but now some of them needed her. She said that no one wanted to keep her around and that they were just using her. She also said she didn’t know who would be good to her later in the competition and didn’t know the route she was going to take to be able to keep competing on Survivor. 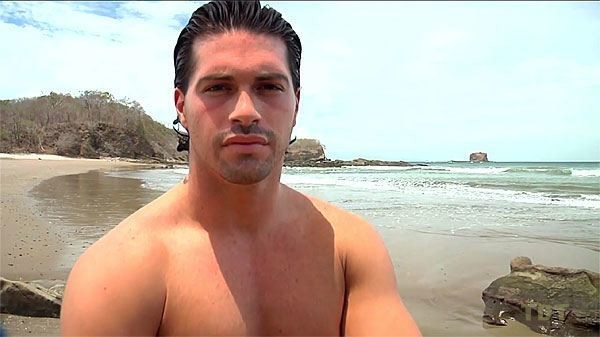 At this week’s Tribal Council Jeff said that after last week the tribe sitting before him included one person from the no collar tribe and multiple people from the red and blue collar tribes. Joe said on the surface the blue collars seemed like one big happy family but that there were feuds and cracks within the group of blue collar tribe members. Dan said that the tribe was dysfunctional at times. 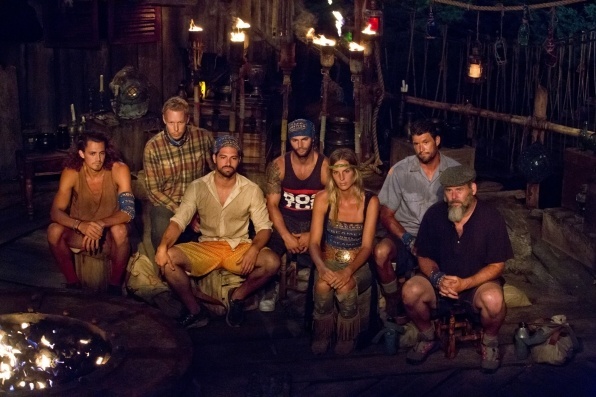 Tyler said a lot of the bad blood in the tribe seemed to revolve around Sierra. She then said that the other tribe members picked on her for anything they could think of. Jeff said Dan, Rodney and Mike would be in big trouble if Sierra switched allies. Joaquin said he didn’t think their tribe was going to end up at Tribal Council this week. Joe said he had no one in the tribe and that at least Joaquin had Tyler. Sierra said when they returned to camp everyone attacked her and that she couldn’t trust anyone as a result. Mike said he hoped Sierra could believe in the people she trusted in the beginning of the competition. He also said you never know who you can trust until you leave Tribal Council and that it was a scary predicament. 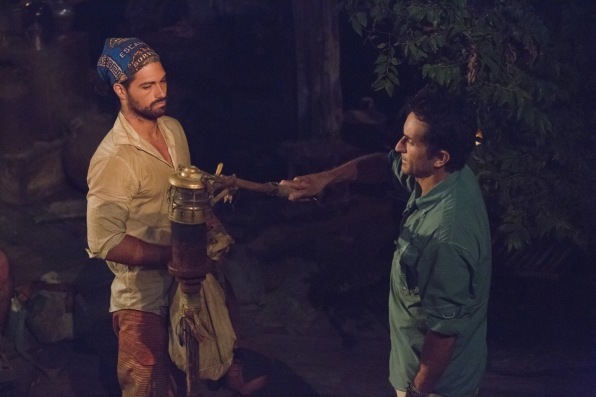 Jeff then announced that it was time for the tribe members to cast their votes for who gets sent home this week. He then tallied the votes and announced that Joaquin was being voted off and would have to extinguish his torch and leave the Tribal Council to go home defeated on day 16. 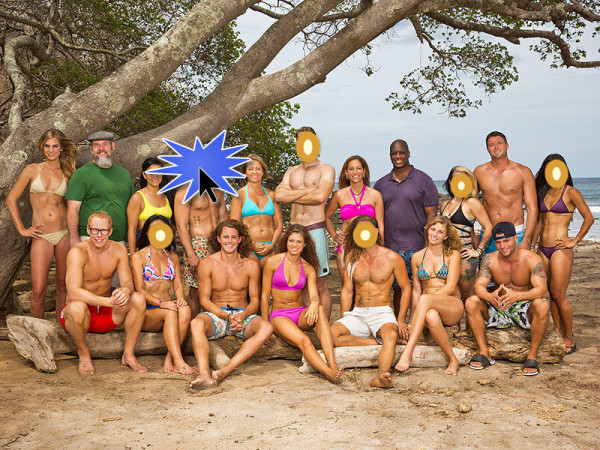