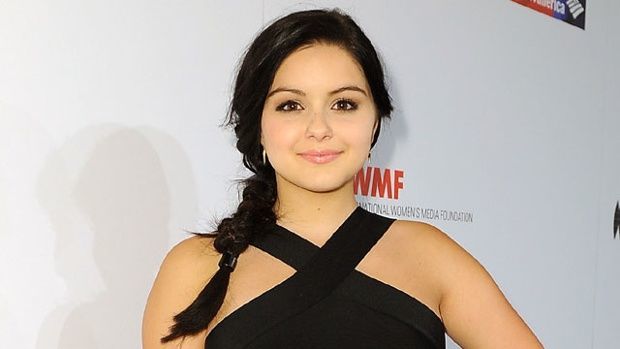 Celebrity Gossip For The Week Of November 16th

Kicking off this week’s celebrity gossip, Modern Family actress Ariel Winter is lashing out at the Internet in the wake of comments made regarding pictures she recently posted in which she is with her two nieces. For some strange reason, the picture of the three of them in bathing suits on a boat was inappropriate in the minds of many of her Instagram followers. The controversy surrounds the fact that in some of the pictures she posted women’s legs had words written on them like “provocative.”

Winter then went on to say that what a female wears does not indicate what she is asking for (i.e. sexual activities.) She said females choose what to wear in order to express themselves and they don’t deserve any negative consequences stemming from what they choose to wear. Winter has also recently slammed the idea of body shaming, saying women should support each other and make each other feel beautiful.

Christina Aguilera recently hosted a party for the Verizon Hopeline Program in West Hollywood. The party was to help raise awareness of the cause of domestic violence. During the party, Aguilera was asked what she thought of the budding romance between Blake Shelton and Gwen Stefani (whom she has worked with as a judge on NBC’s The Voice,) and she said that they are good people who deserve happiness.

Though fans seem to love the idea of Blake and Gwen dating, there has been much speculation as to what ended Gwen’s marriage to Gavin Rossdale. A source that knows Gwen and Gavin has stated that the reason they divorced is because Gavin cheated on Gwen with their family nanny. The family reportedly shared an iPad on which the couple’s maid found explicit photos of Gavin and the nanny as well as explicit conversations between them and showed the evidence to Gwen, who traced it back to Gavin’s cell phone. There has been no confirmation as to whether or not this is true.

Even though they are a brand new couple, Blake and Gwen are shooting down rumors that they are already expecting a baby together. Using Twitter, Blake told all of his followers the rumor is untrue. He also quoted Brad Paisley when he said the more the media gets his name out there, the more money he commands in Hollywood.

Still nursing a presumably broken heart, for the first time in years Justin Bieber has chosen to skip attending the annual Victoria’s Secret fashion show. The reason he chose to skip it is that the show booked his ex-girlfriend Selena Gomez to perform a number. During a recent interview, Bieber also said that over the course of the past year he has gained more confidence. He cited staying out of trouble to avoid making the news as a turning point for him. In another interview he recently gave, Bieber said that the media has always held him to different standards than all other celebrities thanks to the perception of the brand his name represents. He said the media ripped him apart because he started out as a wholesome pop star.

In other Justin Bieber news he has announced that starting in March of 2016 he is embarking on a U.S. tour that will include 58 performances throughout Canada and the United States. The final concert of the tour will take place in July of 2016 at NYC’s Madison Square Garden.

Ellen Degeneres recently celebrated the 200th episode of her daytime talk show with special surprise guests Justin Timberlake and Jennifer Aniston. Other guests included Kerry Washington, who showed up with a bottle of red wine for the host and even Warner Television’s CEO, who renamed the show’s soundstage after its iconic host.

In tragic news, fans of the ABC daytime soap One Life To Live mourned the death of 40-year-old Nathaniel Marston. The former soap actor was involved in a serious car accident leaving him with injuries he couldn’t recover from. According to the actor’s mother, he died in her arms. She stated that if he had lived he would have been a quadriplegic and would never be able to speak again. Sympathies go out to his family, friends and fans.

Karlie Kross is now supporting a campaign run by the Wall Street Journal. The “Make Time” campaign She went on to say that the Wall Street Journal has greatly influenced her career and that she has a copy of it on her at all times when she travels around the world for her fashion career. She said she uses the Wall Street Journal to interact with professionals in many fields.
Last week in NYC Shai LeBeouf attended a movie marathon of every movie he has appeared in. He made news for offering to have any of his fans come to the theater and watch his movies with him without having to pay a dime to do so. For those who couldn’t make it in person, the movie marathon was streamed online.

Country singer Jason Aldean has come under fire for dressing as rapper Lil Wayne for Halloween. His costume included fake braids designed to look like dreads as well as paint on his face that made him look like a black man. Apparently Aldean’s fans are unhappy with him over his choice in costumes.

In a recent appearance on The Tonight Show Starring Jimmy Fallon, Harry Potter star Daniel Radcliffe challenged Fallon to perform the famous (or infamous, depending on your viewpoint,) Gangnam Style dance after a fan in the audience challenged him to. Speaking as Harry Potter, Radcliffe told Fallon he didn’t swim to NYC from England to not get to see him do the dance. Fallon, being the good sport that he is, then performed the dance as requested.

Wrapping up this week’s celebrity gossip, Gisele Bundchen has admitted that her marriage to Tom Brady has been a struggle in the past. She said despite the challenges; they have always supported each other.