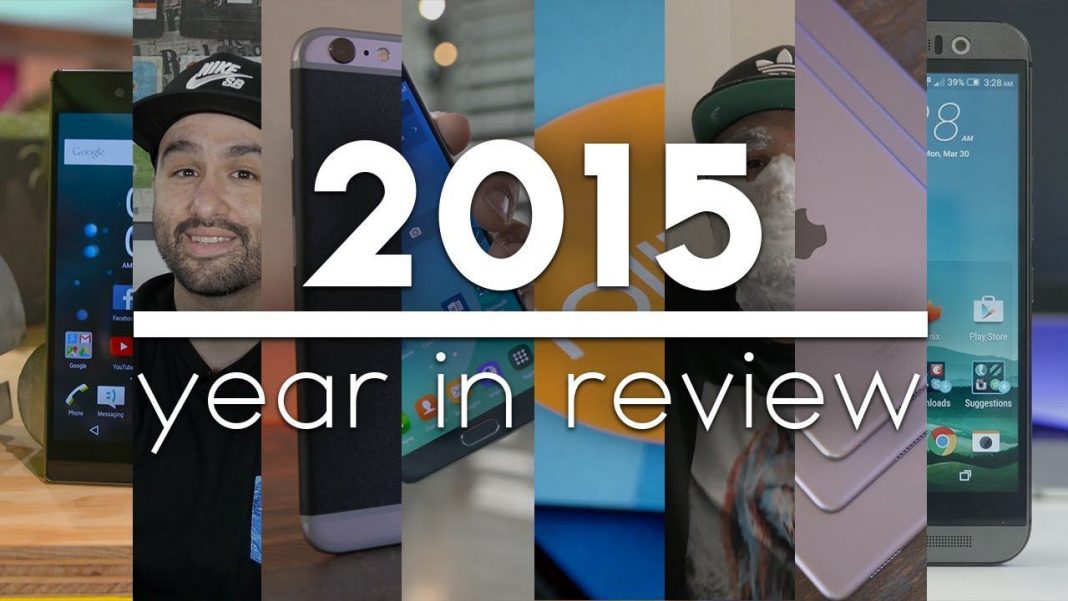 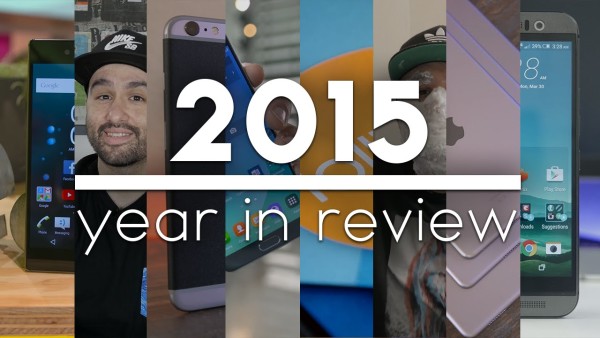 Time flies but time flies much faster in the tech world. That iPhone 6 Plus you bought last year will feel like a relic once the iPhone 7 gets released come 2016. For many, Microsoft’s surprising Windows 10 conference last January still feels like yesterday. Microsoft was a company known for leaks the size of Niagara Falls but was actually riding the augmented reality bandwagon with Windows Holographic, an even better AR implementation than Google Glass. Microsoft could actually hold a secret which it would repeat later this year. But a lot has happened since then, and it’s already almost the end of 2015. 2016 is just around the corner fuelling people with as much anticipation for upcoming tech as the next Captain America movie. But 2016 is another story in the making so let’s look back at some tech highlights of 2015.

Windows 10 – Microsoft drew in a lot of flak from consumers and power users because of radical changes brought about by Windows 8 like full-screen apps and the loss of the Start Button. It was Windows Vista all over again for Microsoft, and they needed a quick fix. Unlike Windows Vista though, Window 8 wasn’t a resource hog. But change isn’t always a welcome guest. It could be Hugh Jackman or Angelina Jolie at the door, but you’d still be terrified if they were dressed as Pennywise the Clown from ‘It‘. Windows 10 was first officially announced on September 2014 with the first public beta release on October 2014 through Microsoft’s Insider Program. But the first highlight of Windows 10 came on January 2015 when they demonstrated Cortana integration, the new Spartan browser, and the top-secret Windows Holographic project or Microsoft Hololens. There’s also the announcement that Windows 10 will be free for existing users of Windows 7 and Windows 8.1. Microsoft finally released Windows 10 on July 29, 2015 and as of now, there are more than 110 million users. Hololens is a technology with high potential. It remains highly anticipated until now but is still at the works with development kits ready to ship on 2016.

Apple Watch – was also announced on September 2014, the Apple Watch was released on April 2015. The Apple Watch was Apple’s first foray into the wearables business. Unlike the company’s previous offerings, Apple decided to skip the long lines and offered to sell the watch online while units were put up for demonstrations and tryouts to potential buyers. Many expected Apple to reinvent the smartwatch but it still failed to distance itself from the competition mostly due to pricing and the very limited battery life. Apple describes Apple Watch sales as successful but remains mum on figures. Apple did put some cool tech on the Apple Watch such as Force Touch and given the crown plenty of functions. What Apple did with the watch crown, Samsung and other manufacturers did with the bezel. People often fooled around with watch bezels on their diver’s watches that would never see the ocean floor. Watches like Samsung’s Gear S2 gives the bezel more purpose to select a watch app or function. It seems more fun than fooling around with a fragile crown.

Splitsville – 2015 also saw the splitting of several major companies in order for them to focus on products and services accordingly. Google announced that it will create a new holding company known as Alphabet Inc. on August 10, 2015. Former CEO Larry Page would be handling Alphabet while former Google Product Chief Sundar Pichai would be handling Google. Alphabet will initially consist of Google, Google X, Calico, Nest Labs, Google Ventures and Google Capital. Other divisions are expected to follow and become their own companies. Microsoft has also split itself into several major segments to handle major divisions especially its new hardware division. Microsoft now consists of More Personal Computing which handles Windows, Bing and Surface; Intelligent Cloud, which handles Azure and Windows Server licensing and Productivity and Business Processes which will handle Office and Dynamics products. HP has also split itself into two companies, HP Inc. (HPQ) and Hewlett-Packard Enterprise (HPE). HP Inc. will handle the PC and printing business while Hewlett-Packard Enterprise will focus on industrial-grade servers, networking equipment and software. Whether these split-ups will give us better products this coming 2016 remains to be seen.

The Surface Book – Microsoft’s success with the Surface Pro 3, a tablet for the enterprise, has gone to its head. That success has also developed a positive rapport with the tech community that has begun to anticipate Microsoft’s next big thing as much as they do Apple’s. Microsoft surprised the world again when they released their first official company-produced laptop on October 2015 alongside the new Surface Pro 4. The October Window Devices event focused on the Surface Pro 4, but no one knew of the company’s plan to create their own laptop. The Surface Pro family functioned as tablet-first ultra-portables, but the Surface Book was a laptop-first device with a detachable screen, a dedicated GPU and extra power at the keyboard base with a revolutionary hinge. Meanwhile, the success of the Surface Pro 3 has given rise to several Surface clones which saw release on 2015 including the Dell XPS 13 which is rated as the best Surface clone.

iPad Pro – Apple isn’t to be outdone when it comes to having tablets in the enterprise. Rumors were out early 2015 of a 12-inch iPad which were confirmed by Apple come September 2015. The iPad Pro was released on November 11, 2015 and featured a 12.9-inch retina display. The screen size and iOS 9 allowed for multitasking with two open screens that simulated two iPad Minis side by side. The iPad Pro, however, remains un-expandable with models that have 32GB and 128GB of storage. It was announced with two accessories, the Smart Keyboard a dock which features magnetic connection akin to the Microsoft Surface and the Apple Pencil which acts as the unit’s stylus. Aside from the stylus, other moves which would make Steve Jobs tumble in his grave include deals with Microsoft and IBM to push the iPad Pro into the enterprise. To Tim’s credit, Steve’s been known to cave in when times get tough.

Tech Toys – It’s 2015 and playtime has never been different. Skates and Blades are now making way for hot hoverboards. Not the floating kind but two-wheeled mini Segways with no handles such as the Swagway X1 and the ChicSmart C2. These toys are hot in more ways than one. Balancing on two wheels has never been as awesome and widespread since the bicycle was invented. Best of luck buying them online because hot as they are, they’re not available on Amazon because poorly made ones can literally burst into flame. Another immensely popular toy is the drone which come in many sizes and configurations. The most popular ones are those manufactured by DJI like the DJI Phantom 3 Standard. They’re not for everyone because basic flying lessons are required to really enjoy them and there’s that government registration thing. But many choose to ignore warnings like parents buying Lego Creator for kids below three. And lastly, Star Wars fever has brought us the Sphero BB-8 remote-controlled droid that really moves like the original. The Sphero BB-8 can be controlled via Bluetooth through an Android or iOS device. The best of playtime is yet to come in 2016 when VR fever goes full swing.

Samsung Galaxy S6 – no year passes by without some new phone innovation from Apple or Samsung. Just when you think Samsung can’t cram any more features and changes into their smartphones, they come up with the Samsung Galaxy S6 and Samsung Galaxy S6 Edge. Both were announced at the Mobile World Congress on March 2015 and released on April 2015. The Edge is the first phone to feature a curved display along with customary improvements on the processor, memory and cameras. The S6 also makes the departure from plastic cases and now makes use of a unibody aluminum alloy. Unfortunately, replaceable batteries depart as well.

Apple iPhone 6S – Apple also makes its customary iteration to the iPhone 6 and iPhone 6 Plus. The iPhone 6S adds improvements to processor and RAM. It uses the faster A9 SOC and now has 2GB RAM. The iPhone 6S also comes with iOS 9 and has a force-sensitive touch screen which allows for various force-sensitive functions. The phone also allows users better after-dark selfies with retina-flash. The screen itself functions as the camera flash. Though critics and many people say that the iPhone 6S hasn’t brought any real change to the table, Apple says that “the only thing that’s changed is everything.”

Security, Encryption, Privacy and Malware – are news we can never get enough of for the past couple of years. Paranoia continues to sweep not only the tech industry but the rest of society. Let’s see, when it comes to security, there’s ton of hacking news out there. One of the high-profile hack attacks involve the Office of Personnel Management last June with China as the prime suspect. Hacktivists like Anonymous and Impact Team have had a busy 2015 hacking Ashley-Madison for spreading immorality, the Ku Klux Klan for advocating racism and ISIS websites and online accounts as retaliation for the Paris attacks last November. And since ISIS communicates on social media for recruitment and use channels that use encryption for more clandestine operations, there’s now an ongoing debate whether encrypted communications providers should allow backdoor access to law enforcement. But doing so would undermine everyone’s privacy and security as the government can’t be trusted in keeping its own secrets. Funny how well the existence of aliens is still kept under wraps while China allegedly now knows everyone who’s worked at the White House for the last 25 years.

Still on backdoors, our trusted hardware vendors and security providers have been intentionally or inadvertently been giving backdoors all over the place in the form of malware and security certificates. Lenovo had been giving us malware for years in the form of Superfish, which was deemed dangerous by the Department of Homeland Security last February. A similar problem was just recently found in Dell computers known as eDellRoot. Google also recently outed Symantec for unauthorized releases of SSL certificates to various domains. Such certificates could be used by unscrupulous people to remotely gain access to all computers that have them. The companies involved promised appropriate measures to prevent repeats from happening.

When it comes to technology, there’s a ton more to cover in a year which may even be more interesting than everything touched in this piece. Let’s just say that it’s been an interesting year and we could expect an exciting 2016 if our respective governments can keep us all in one piece.