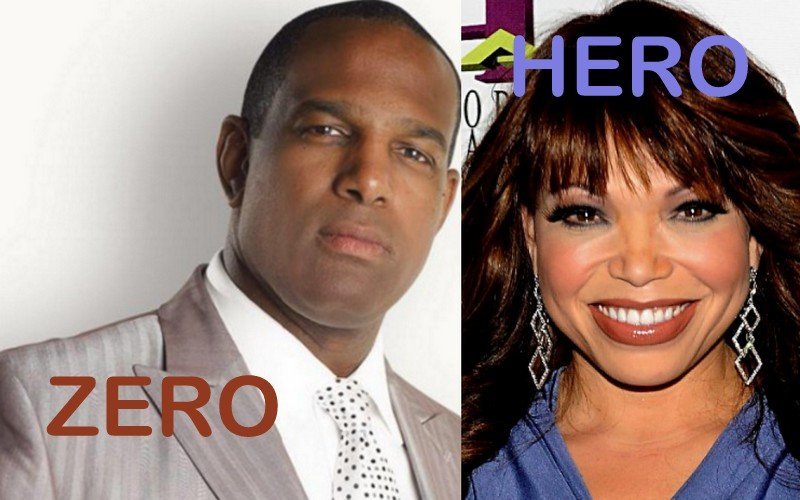 This week’s Hero is a friend that anyone would be happy to have in their corner, and the Zero is the man she had to check. 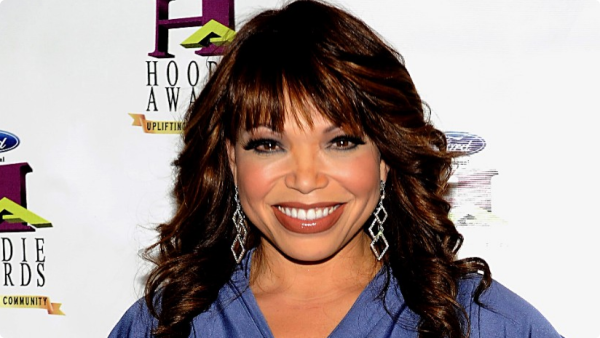 Friends are so important throughout the entirety of our existence. We have childhood playmates, high school homies, college pals and grown up girlfriends (guy friends) that will go to war for us. Even when it’s sometimes hard to makes meaningful relationships in adulthood, we become all the more thankful when those in our corner go to bat for us when we fall victim to some of the darkest times in our lives.

Tisha Campbell-Martin showed up for fellow actress Tasha Smith in a big way this week. Smith, known for her parts in Tyler Perry movies (mostly) went through an ugly divorce from a man that turned out to be a fraud. In fact, the judge presiding over their divorce was so applauded at Keith Douglas’ behavior that he granted an annulment after Douglas and Smith had been married for five years.

Douglas, who is supposed to be a “man of God,” said some pretty nasty things about Smith on his Facebook page in a rant that was so messy, anyone would question what God, exactly does he serve. You know how the overly religious people do. They take every situation, even the ones in which they are wrong, and frame it like Jesus delivered them from something so horrible.

Tisha caught wind of what Douglas said, went in on him, and it was everything. She had Tasha’s back unapologetically, and that means something in the world of women. Too many times, females’ first response to hearing salacious news or rumors about another woman is to talk about the person at the center of the scandal. Even “friends” show their true colors in these kinds of situations, so it’s refreshing when women conduct themselves as such and can still hold each other down when bullcrap happens.

Along with defending her friend, Tisha laid out some deets that wasn’t previously made public, and you can tell that she was deep in the heat of the moment. I am not ashamed to say that I was and am here for all of it.

Tisha Campbell-Martin was telling it like it is, calling out Keith Douglas, and publicly standing by her friend makes her a hero in my book. 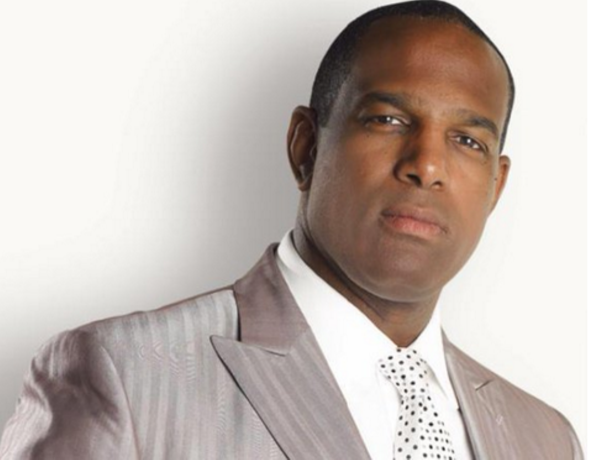 When you are a professing Christian, I am sorry, there are just some things that us sinner expect or don’t expect for you to do. Keith Douglas, the ex-husband of actress Tasha Smith, showed his ass this week when he said some pretty nasty things about his ex-wife on Facebook after the finalization of the ending of their marriage. His total lack of sympathy and his need for people to support his messed up actions makes him the ultimate zero.

The thing about him and people like him, for me, is that they use this notion that so many people believe in, and they exploit it. According to statements contained in documents and from what went on in court, Tasha Smith was lead to believe that his lifestyle was in accordance to that of a godly man. But after everything came out during the proceedings, he proved to be something different.

Douglas was found to be a fraud and because of that, the judge annulled their five-year marriage. Yes, legally and in the eyes of the court, his and Smith’s marriage NEVER existed. That’s a big deal.

He represents the kind of people who feel that they are the victim in most situations; In particular, in situations where they create unfavorable conditions. The fact that he doesn’t see anything wrong with not telling his wife that he had children or a certain amount of children or that he was married five times before speaks to a character flaw that a lot of religious, not spiritual, but religious people have. And that’s a kind of entitlement that they believe they possess over people who are less religious than they present themselves to be to the world.

This Christian man led a double life not consistent with godly standards. His lack of personal responsibly in the situation is disgusting and a bad example for “unbelievers.” That, plus the way he spilled very personal information about a woman he once loved equals zero.