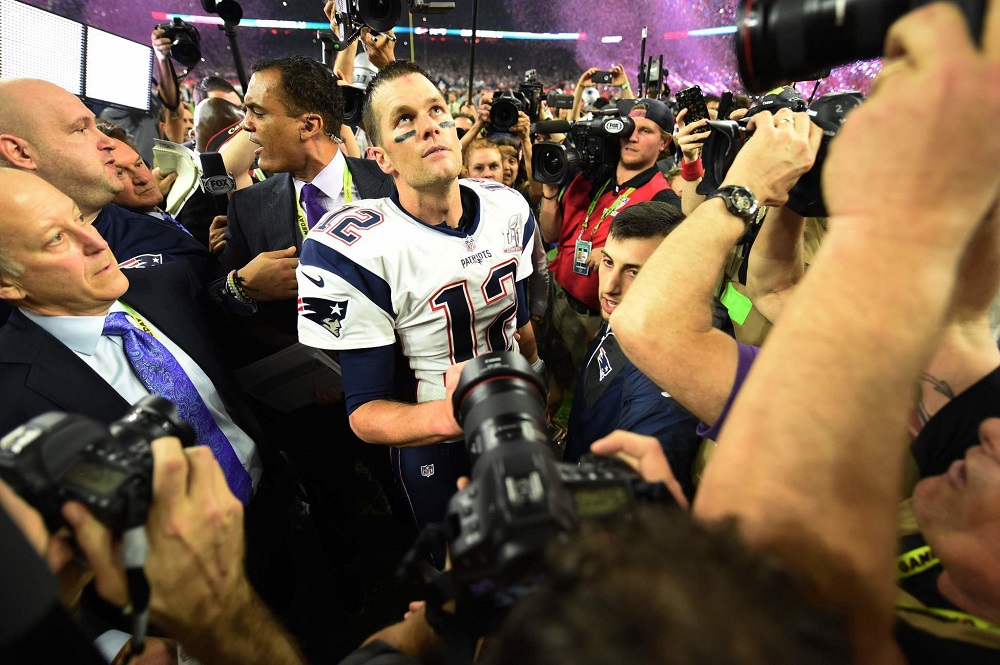 Tom Brady‘s stolen Super Bowl jersey is just another conspiracy to keep the NFL story lines rolling. I’m not saying Roger Goodell is the shady figure from The X-Files smoking cigarettes and hating on the Buffalo Bills of the 90s.

But it sure appears someone in the upper levels of the League wants to keep the Super Bowl the main story weeks after it ends each year.

Or maybe it’s just a big coincidence that so many conspiracies arise at the end of every season.

– The blackout that happened when the Harbaugh Bros went at it in the Super Bowl. An intriguing story to ponder after a pretty boring championship game.

– Peyton Manning was accused of taking PEDs during the 2015 season. That story followed him into and out of Super Bowl 50, as the pizza peddler rode off into the sunset.

– I hate to bring up DeflateGate. Yet that story kept going long after Super Bow 49. It actually had more staying power than the boneheaded call from Pete Carroll that allowed New England to win their fourth SB.

– Now we could be dealing with TB12’s hijacked game-worn jersey for the next 12 months.

It would be nice if the jersey thief would just mail the thing back to Patriots headquarters. Then all this would go away so we can focus on the upcoming combine.

I get it. The most precious piece of Super Bowl history is missing. So for some that is much juicier than watching college kids run through cones and test their vertical leap.

Now, if the NFL would televise the wonderlic testing for incoming rookies, that would replace the need for drummed up conspiracies. We would love to see sweat beaded up in the foreheads of guys who haven’t been awake in a classroom since their freshman year.

Even though these conspiracies are getting old, I must admit it is a shame that a jersey of this magnitude is missing.

If it truly was stolen; which I’m not so sure about.

The only QB to win five rings deserves an entire wing inside the Hall of Fame. That #12 jersey belongs as the centerpiece.

If Robert Kraft ever gets his stolen SB ring back, a section of the HOF could be set aside for rescued artifacts. Perhaps President Trump could send in a Black Ops Force to retrieve that piece of jewelry from Vladimir Putin.

I can’t wait to see what the League has in store for Super Bowl 52. If the Pats make it back, perhaps we will witness the jersey thief (patsy) return the item during the halftime show.

If that’s the case, be on the lookout for a Jack Ruby type to whack the thief just as he’s taken into custody. 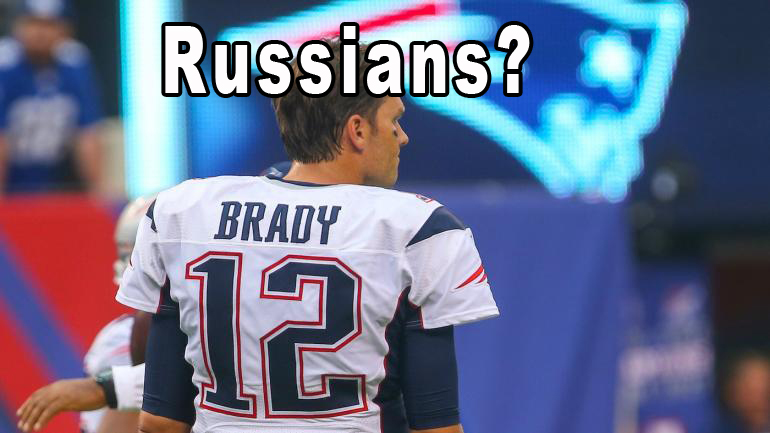