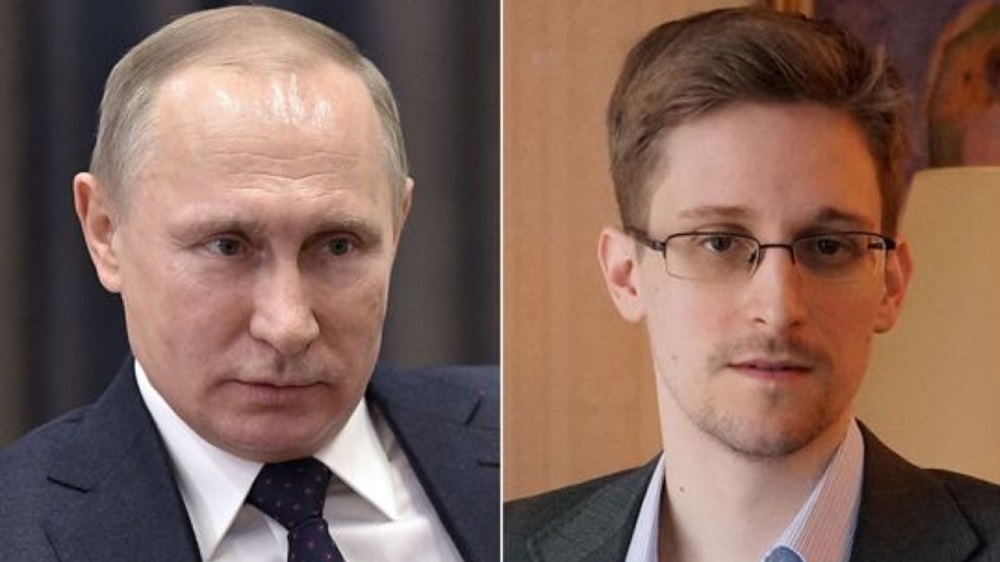 Does Russia want to get more cozy with Donald Trump by sending him a gift in the form of a traitor that should be executed the moment he sets foot in the US? That traitor referred to is Edward Snowden. As if Russia isn’t cozy enough already with the current president of the United States. It is alleged that Trump’s victory was in part aided by Russia’s keyboard warriors. The rumor of Snowden’s extradition, according to NBC News is from an unnamed US official within the Trump administration. But according to one of Putin’s interviews in Russia:

It’s kind of weird and funny hearing those words from Putin given Russia’s old reputation, but in that interview, he’s been joking quite a bit. The US is divided about Snowden whether he’s a traitor or a hero. Those who think the latter want him welcomed with charges dropped and with honors for uncovering what kind of surveillance state the US has become. Conspiracy theorists said that terabytes of data are collected daily by the NSA from monitoring of phones and messages of ordinary US citizens. This was confirmed by Snowden along with other scandalous info. Others have come forward to say that the NSA wouldn’t have gone to such lengths if they chose much better systems that actually track real persons of interest.

If Putin is serious about his previous statement, then he thinks Snowden is some sort of hero. Or perhaps he just granted the man asylum to troll on the US. Snowden has been in Russia since June 2013 and his asylum is only up to four years and the clock is ticking for the notorious whistleblower.

Now Trump thinks otherwise. In his campaign trails, he thinks that Snowden should be executed for his crimes. If Snowden does get caught, he could face a minimum 30-year prison sentence for two counts of espionage. Putin said that Snowden could be rotting away in a zindan (a dark room somewhere in Central Asia) if the US caught him before getting to Russia.

If the rumor is true, Russia might be thinking of booting out Edward Snowden when his asylum expires. Snowden is currently busy asking for asylum in other non-extradition countries just in case. But the rumor isn’t true as Russia extended Snowden’s stay for two more years.

“The funniest thing is that the former deputy director of the C.I.A. !!! does not know that Snowden’s residence permit in Russia was just extended for a couple more years,”

The unnamed official according to the spokesperson is said to be the former acting director of the CIA, Michael J. Morell. According to him, if Russia wants better ties, they should send Snowden over with a bow to Mr. Trump’s doorstep.

What concerns many citizens whether or not they consider Snowden as a hero, is that he may already be passing important information to Russia as a reason for extending his asylum. Snowden refutes this as well as Putin who jokingly thinks that he should be giving at least something for his stay but he manages to transmit things in channels known only to the whistleblower. Below is Snowden’s tweet on the matter.

BREAKING: Russia eyes sending Snowden to the US as a 'gift' to Trump, official tells @NBCNews https://t.co/3rQDdZY7rc

“Finally: irrefutable evidence that I never cooperated with Russian intel. No country trades away spies, as the rest would fear they’re next. https://t.co/YONqZ1gYqm”

As per Snowden, the US has nothing to worry about, but while Trump is technically in the White House, he’s not going home anytime soon. Here is the fun YouTube video about Putin’s thoughts on Snowden.