Nowadays, a lot of people covet having an iPhone. Back then, one would want a Nokia particularly a 3210 or a 3310 because of their durability and lack of a protruding antenna, then later those phones that begin with an 8 because of their stylish designs and compact size. Back then, I had a 3310 which replaced my very much dated 5110. Now there’s not much one can do with these phones. They’re very easy to use, and the novelty for phones back then were the included games. The 3310 had four which I enjoyed; Snake II, Bantumi, Pairs II and my favorite, the Gradius-like Space Impact. The 3310 became a very hot phone known for those games and its durability plus it’s lighter than its equally popular predecessor the 3210. 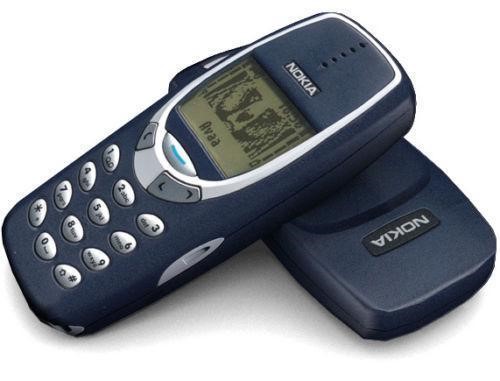 Again, it was the early age of cellphone gaming. By today’s standards, phone games were like those that could be found in an Atari 2600. They were simple but they serve their purpose in killing time while bored, travelling or waiting in line. I had great fun playing Space Impact which even had boss battles and marveled at how they stuffed it in that tiny phone.

As mentioned, it was one of those hot phones in the Philippines when anyone who was someone had one. I bought mine after I got a company loan, not to join the bandwagon but to replace my aging 5110. Also, when it came to Nokia’s old phones, one can personalize them with new external casings and keypads. No wallpapers yet but believe it or not, one can do so by taking the phone to a technician and place a translucent graphic printed on a transparent sheet of acetate on the bare screen. Everyone loves a Nokia but I became disillusioned with the brand because it was so hot on the eyes. Mine was stolen during a bus ride home and I was still paying for the loan I bought the unit for. One can get murdered back then for one of these units. They were at the time so expensive and loved that some would risk getting stabbed or shot by thieves. The one stolen, picked from my pocket, was actually my second 3310 unit which replaced my first that was also lost during a commute. So I stayed away from Nokia until the widely popular 6600.

Now the 3310 is might just make a comeback. It’s to be shown by Nokia phone maker HMD Global at the next Mobile World Congress in Barcelona, Spain this 26th of February. It’s good news for people who want durable, and compact feature phones with maybe a few modern trappings like Bluetooth, play FM radio, the ability to play MP3s and snap 5-megapixel pics at most. Stuff the original 3310 couldn’t do. If the new phone could have the same old look and have those features, it would be awesome. Plus, it has the Nokia brand name attached to it. Others might look down at the brand because of its association with Microsoft and the lackluster Lumias but after Nokia’s disassociation with Microsoft and joining with the Android platform, fans of the brand now have renewed hope, and those fans are many. After all, Nokia was the biggest before Apple entered the market and changed phones forever.

The new 3310 will be shown along with the previously reported Nokia 6. Plus, two other phones will be announced called the Nokia 5 and an entry level Nokia 3. According to The Verge, the Nokia 5 will be the same as the Nokia 6 except for its lower 2GB RAM, 720p screen and a 12-megapixel camera. There’s not much known about the Nokia 3 except that both the Nokia 5 and 3 will run Android Nougat. Hopefully, the expected lower specs on the Nokia 3 wouldn’t cripple the OS and ruin the experience.

Nokia is just rising from the dead and still checking its footing, so it’s reasonable for it not to have a flagship yet. The highest level phone, which is the Nokia 6 would be a mid-range unit by today’s standards, but if they do get much attention in MWC and China, we could expect more. The rumored 3310 will be priced at around $63USD, while the Nokia 5 and 3 will be around $211USD and $158USD respectively.