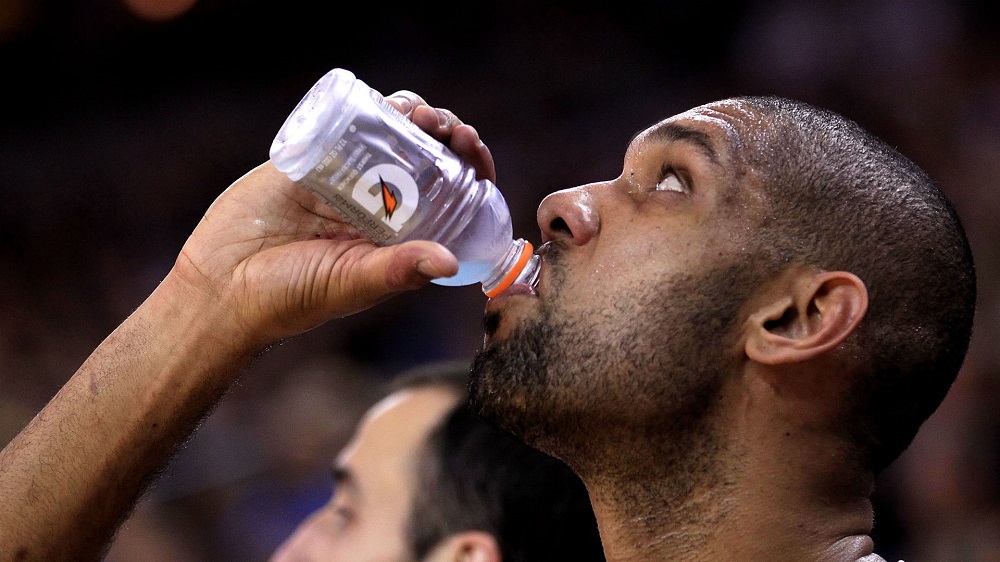 If you’re ever looking for an NBA Developmental League game (which you probably won’t be) and you’re having trouble finding it, that’s because the NBA’s minors are now playing under new branding: the NBA Gatorade League.

That’s right, the NBA D-League is now the NBA G-League. As part of the sports drink company’s new deal with the NBA, they get the official naming rights for the league’s significantly less talented little brother. They also get their logo on everything. Everything.

“As part of the partnership, the NBA and Gatorade unveiled a new NBA G-League logo that will be featured across all game balls, team jerseys, on-court signage, and league digital assets,” said the NBA in its official press release.

And they get to use the NBA G-League players as guinea pigs for new drinks and supplements.

“Additionally, Gatorade will incubate its latest products and equipment innovations into NBA G-League locker rooms, and teams will have the opportunity to collaborate with Gatorade to help players maximize their athletic potential and on-court performance.”

Finally, through the Gatorade Sports Science Institute (GSSI), Gatorade will collaborate with the players on enhancements in performance and recovery for basketball in general, similar to how the company got its start helping athletes at the University of Florida stay hydrated and recover.

“Since 1985, GSSI has helped athletes optimize their sports performance and well-being through research, education, innovation, and providing high-caliber sports nutrition science services. GSSI scientists will partner with the NBA G-League on player nutrition and training programs, incorporating the newest technology and innovations in Gatorade testing, product, and equipment.”

Gatorade has been the official sponsor of the NBA since 2015 when it replaced Coca-Cola. I imagine it had something to do with the health perception of Gatorade (especially versus soda), but I think NBA Coca-Cola-League has a bit of a ring to it.

I also feel like Gatorade is too big to be chasing small fish like the D-League. They need to go right for the NBA itself. How does the National Gatorade League sound? Or maybe the Gatorade Basketball League?