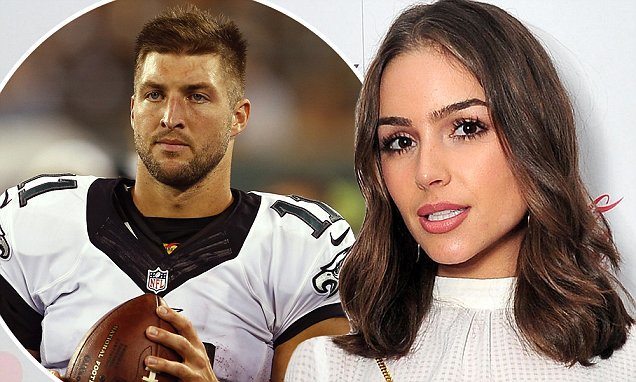 Kicking off this week’s celebrity gossip, Vin Diesel recently paid tribute to the late Paul Walker, who passed away two years ago while filming the latest in the Fast and the Furious franchise. The two starred together in the movie and during his tribute, Diesel referred to Walker as his brother. Tyrese Gibson also paid tribute to Walker on Gibson’s Instagram page.

In couples’ news, Olivia Culpo, a former Miss Universe, allegedly broke up with boyfriend Tim Tebow after he refused to sleep with her. His Christianity leads him to live a life of chastity unless or until he gets married. An insider of Culpo’s has told the media that Tebow still loves her and that he always sent her love letters while they were dating. Of course, it’s coming out that the two never dated keeping the ole Tebow playing for his own team rumors at bay.

“Law & Order: SVU” star Ice-T and his wife Cocoa became parents last week when she gave birth to their first child together, a daughter they named Chanel Nicole. The proud parents have already posted pictures of baby Chanel on Instagram.

In other baby news, Anne Hathaway is pregnant with her first child with her husband of three years, Adam Shulman. In the past, Hathaway had said she wants to have as many children as she can afford and that she wants to adopt as well.

Also welcoming a new baby recently was Kristen Cavallari and her husband. She announced the birth of the couple’s third child on her Instagram page. Newborn daughter Saylor joins her two older brothers.

This month’s Vanity Fair magazine features Chris Hemsworth on the cover. In the accompanying article, he stated that he followed in his older brother’s footsteps in becoming an actor, and his little brother has followed his. Hemsworth also commented that Hollywood turns actors into narcissists and causes them to lose touch with reality.

Despite the fact that they are divorced, Chris Martin and Gwyneth Paltrow spent the Thanksgiving holiday together with their children and close family friends. Gwyneth shared family photos of their Thanksgiving celebration on her Instagram.

Khloe Kardashian divided her Thanksgiving holiday celebration between her family at home and Lamar Odom’s hospital room. She gave a touching speech to the media about how she has been blessed throughout her life, and she has a lot to be thankful for.

In a refreshing piece of celebrity news, Brad Pitt told reports with “Extra” that he was prepared to roll his sleeves up in the family kitchen and prepare a Thanksgiving dinner with his own hands. He prepared the meal for his wife Angelina Jolie and the couple’s six children.

Dwayne Johnson a.k.a. “The Rock” donated money to help treat a dog whose name happens to be Dwayne. The dog was in an L.A. shelter after having been severely neglected and tortured. The money was donated through a GoFundMe campaign designed to raise funds to treat the suffering dog.

“Les Miserables” actor Eddie Redmayne recently told Details magazine that he has considered quitting being an actor. This came on the heels of Redmayne having won a SAG award, an Oscar and a Golden Globe.

In exciting news for Bindi, the daughter of the late Steve Irwin, has won this season of Dancing With The Stars. She was trained by choreographer Derek Hough. The pair was favorites among the fans of the show and the judges themselves.

Katy Perry is appearing in the holiday commercial for H&M. She is featured in the ad wearing a holiday fair costume. The ad includes a performance by Perry of a pop song written specifically for H&M.

Kevin Bacon will be starring in a new TV show based on the movie, Tremors. He will also be one of the show’s executive producers. Last week Bacon started advertising the show on his social media pages.

Kaley Cuoco, who has reportedly just divorced husband Ryan Sweeting, had her wedding date to him tattooed on her back. She recently went to a tattoo parlor in California and had them cover the wedding date tattoo with a tattoo of a butterfly instead. She posted a photo of her getting the new tattoo on her social media accounts.

Gigi Hadid reportedly isn’t sitting around mourning the end of her relationship with Joe Jonas. She has been spotted with Zayn Malik recently. Sources close to the couple claim that they are in the very early stages of dating. An insider that is privy to Hadid’s thought has stated that she is not looking to jump into another relationship right now.

In a promotional stunt for the upcoming “Star Wars” movie, Harrison Ford recently appeared on Jimmy Kimmel Live and was reunited with Chewbacca. While Kimmel was doing his monolog at the beginning of the show, he exited the building to see Chewbacca threatening to jump off of it until Harrison Ford came to his rescue.

An all- star cast is bringing the classic 1978 movie Grease to life. The live TV performance of Grease will star Vanessa Hudgens and Julianne Hough as Rizzo and Sandy. Carly Rae Jepsen, of Call Me Maybe fame, is also in the performance, which will air live on NBC on January 31, 2016.

Former “The View” Conservative bullhorn Elizabeth Hasselbeck is leaving her position on Fox & Friends. No word on why she is leaving the show or what she plans to do afterward.

Wrapping up this week’s celebrity gossip, former “Magic Mike” co-stars Channing Tatum and Alex Pettyfer weren’t exactly friendly to each other during the filming of the movie. In a recent interview, Pettyfer said that Tatum doesn’t like him, but that is Pettyfer’s fault. He said when they were on set he was insecure and scared to speak up, which led to his costars to think very little of him.