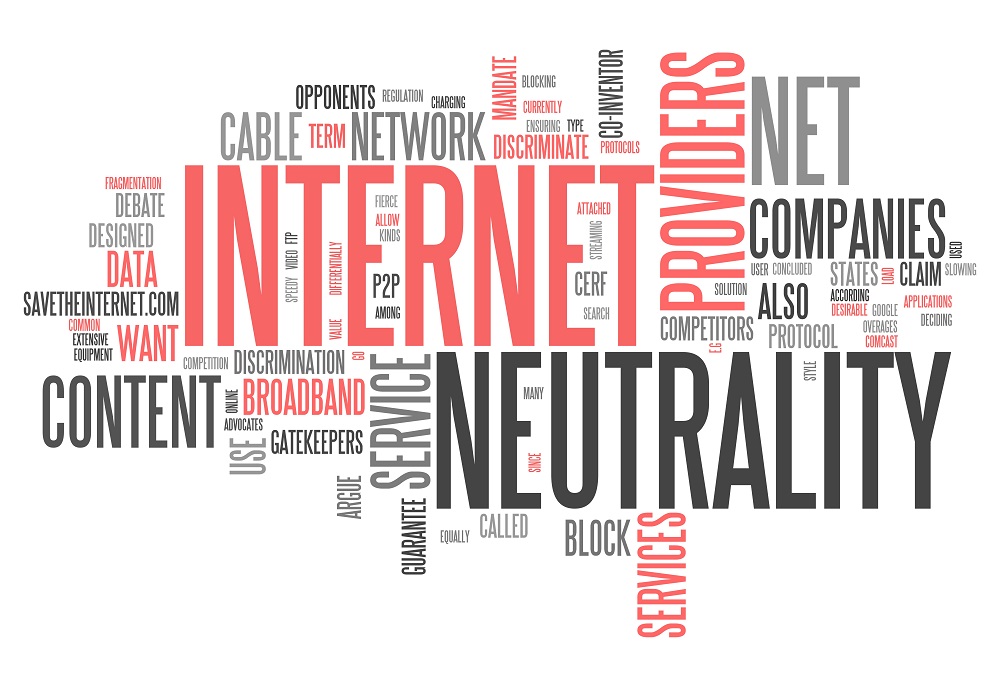 Net neutrality sounds good, but most people still don’t understand what it’s actually about, but FCC Chairman Ajit Pai wants to end it next week.

We published an article recently breaking down exactly what net neutrality is in simple terms for those that might want to help save it before it’s gone. It is one of those things that many people take for granted (like Obamacare) but will notice when it’s taken away.

Claiming to dispel “myths” about net neutrality, the Trump administration’s telecom chief instead put out his own incomplete and misleading talking points when he suggested that internet providers had never influenced content available to their customers before neutrality rules took effect in 2015.

Iffy claims have come from the other side of the debate, too, such as the notion that federal regulators had never stepped in to make those providers change their service plans. Although no such cases were brought, the Federal Communications Commission was possibly on track to do so when the new administration stopped the investigation.

The debate is over Obama-era rules that the FCC chairman, chosen by President Donald Trump, wants to roll back. The rules prevent phone and cable companies from favoring certain websites and apps and give the FCC more oversight over privacy and the activities of telecom companies. AT&T, Comcast, and Verizon are among the service providers that have opposed the FCC rules, as have many Republican officials, saying they hurt investment in internet infrastructure and represent too much government involvement in business. Internet companies, consumer-advocacy groups, and Democratic officials have generally been in favor of net-neutrality rules.

A look at a few of the arguments and the facts behind them:

Net-neutrality supporters warn that without these rules in place, service providers could block any website or app they want, or degrade service so much that it doesn’t work well. They could also charge extra to use certain apps or websites.

FCC Chairman Ajit Pai says there’s no reason to worry about service providers blocking websites or charging extra for certain content. “This didn’t happen before the Obama Administration’s 2015 heavy-handed Internet regulations, and it won’t happen after they are repealed,” his office said in a document last week attempting to bust myths.

THE FACTS: His statement was silent on blocking apps and services. There are a few instances of broadband companies interfering with such services, which the FCC notes in its own proposal to undo the net-neutrality rules. For example, The Associated Press in 2007 uncovered that Comcast was blocking or delaying file-sharing on the BitTorrent network. AT&T did not allow internet calling services like Skype on its cellular network for iPhone users until 2009.

Pai said that after repealing the net-neutrality rules, regulation of internet service and broadband privacy would shift from the FCC to another agency. In a speech last week, Pai said that “if companies engage in unfair, deceptive, or anticompetitive practices, the Federal Trade Commission would be able to take action.”

THE FACTS: Not so, if a court case now in motion blocks the trade commission’s ability to do so. By law, the FTC can’t take action against a common carrier — a provider of essential services such as landline or mobile voice service. Existing net-neutrality regulations also classify broadband data providers as common carriers, but that would change if the rules are repealed. But a 2016 federal appeals court ruling further restricted the FTC’s purview, saying it can’t regulate AT&T at all because it has common-carrier services, even if the service in question isn’t one. That could bar FTC oversight of not just AT&T, but also Verizon and Comcast, which offers mobile-phone service as well. The FTC could still have jurisdiction over Charter, at least until it launches a mobile-phone service planned for next year.

The appeals court reheard this case in September, setting aside the earlier ruling, and a decision is pending. If the court again rules against the FTC, that could mean neither the FTC nor the FCC can oversee broadband service from many companies once the FCC’s net-neutrality rules go away. The FCC and FTC both declined to comment on what would happen then.

In 2015, Pai said that the FCC gained a “mandate to review business models and upend pricing plans that benefit consumers.” He said the FCC was targeting plans with data caps and “sponsored data” plans that exempted some services from those caps. An example of such a plan: If an AT&T cellphone customer subscribes to AT&T’s streaming video service, DirecTV Now, watching DirecTV Now on the AT&T cellphone wouldn’t use up the customer’s data. Watching Netflix on that phone will — so Netflix effectively becomes more expensive to watch than DirecTV Now.

Democratic FCC Commissioner Mignon Clyburn, defending the commission from criticism that it had been overbearing, said in a document Thursday that it never “upended” service plans.

THE FACTS: True, but the net-neutrality rules give the FCC authority to take action against service providers that exempt certain apps from data caps in a way that hurts consumers or competition. The agency might indeed have done so had Democrats remained in charge.

In the final weeks of the Obama administration, the FCC criticized AT&T and Verizon for letting customers watch video services owned by the carriers without using up cellphone data. The FCC said this could hurt video services that weren’t owned by the carriers. Pai scrapped the investigation soon after he took office. It’s not clear if the FCC would have tried to stop AT&T’s and Verizon’s plans had Hillary Clinton won the election.