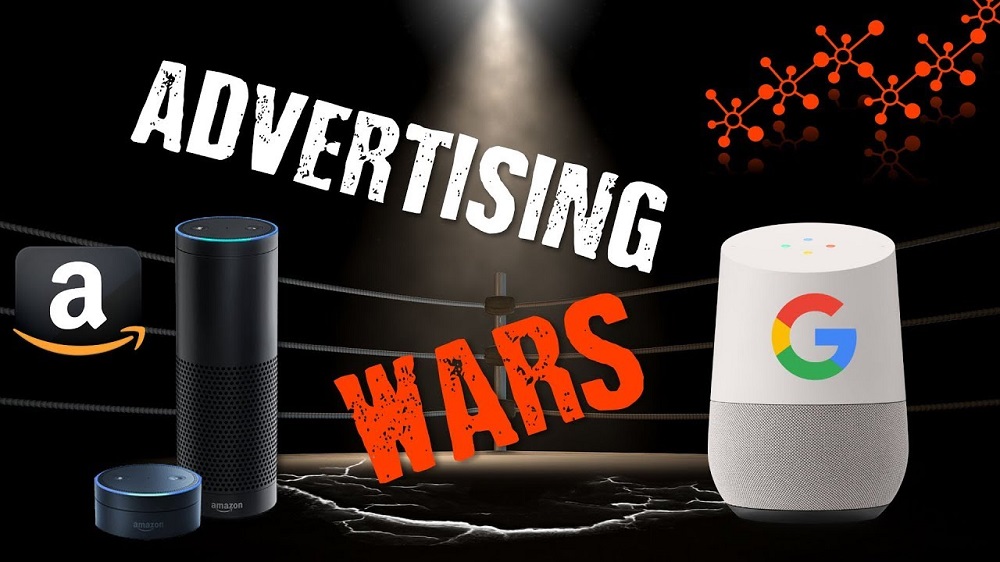 You can buy virtually everything and anything on Amazon, but many who tried to buy a Google Home or Chromecast during Black Friday and Cyber Monday noticed it’s absence.

It only makes sense for the online giant to decline selling the smart home device to compete with its own Echo and Alexa voice-driven devices, but Google isn’t so happy with their choice.

Google is pulling its popular YouTube video service from Amazon’s Fire TV and Echo Show devices in an escalating feud that has caught consumers in the crossfire.

The decision to block YouTube is retaliation for Amazon’s refusal to sell some Google products that compete with Amazon gadgets. That includes Google’s Chromecast streaming device, an alternative to Fire TV, and an internet-connected speaker called Home, which is trying to catch up to Amazon’s market-leading Echo. Amazon’s high-end Echo Show has a screen that can display video.

“Given this lack of reciprocity, we are no longer supporting YouTube on Echo Show and Fire TV,” Google said in a Tuesday statement.

Amazon didn’t immediately respond to a request for comment.

The battle highlights the power that the world’s major technology companies are gaining as they dominate important corners of commerce and communications. As the world’s largest online retailer, Amazon has tremendous sway over what people buy, while the results delivered by Google’s ubiquitous search engine often help determine what people do on and off the web.

Google is hoping to pressure Amazon into selling Google’s products by taking away access to the world’s most widely watched video service. Unless a truce is reached, YouTube will stop working on Fire TV on Jan. 1. YouTube was supposed to disappear from the Echo Show Tuesday, although Amazon has previously found ways to make unauthorized versions of YouTube available on that device.

The dispute between Amazon and Google mirrors the face-offs that occasionally crop up between pay-TV providers and TV networks when it comes time to renegotiate their deals.

But in this instance, the two tech heavyweights aren’t fighting over licensing fees. Instead, they are jockeying to position their gadgets and, by extension, their digital services into homes as internet-connected appliances and devices become more deeply ingrained in people’s lives.

The bickering between Google and Amazon has been going on several years as they have ratcheted up the competition with each other. One of the first signs that the companies were at odds came when Amazon redesigned Google’s Android mobile software for its Kindle tablets. Two years ago, Amazon ousted Chromecast from its store, even though that device had previously been its top-selling electronics gadget.

The latest standoff between Google and Amazon was ridiculed by a trade association of high-speed internet providers. The group, USTelecom, has been trying to persuade skeptics that internet providers will preserve equal access to all digital services, even if the Federal Communications Commission adopts a proposal to rescind current “net neutrality” regulations.

Internet providers are committed to “protections like no content blocking or throttling,” said USTelecom CEO Jonathan Spalter. “Seems like some of the biggest internet companies can’t say the same. Ironic, isn’t it?”

Besides withholding Chromecast and the Home speaker from its store, Amazon has also rankled Google by declining to sell an internet-connected thermostat made by Nest, which is owned by Google parent Alphabet Inc. Amazon also doesn’t allow its Prime video streaming service on Chromecast, an omission that Google wants to change.

For those willing to abandon Fire TV, just about any other device will play YouTube. Not all of them will play video from Amazon, although Apple TV just got Amazon’s app Wednesday.

Here are some reasons you might want to stick with Fire TV — and some you might not.

THE CASE FOR FIRE TV

YouTube was never the centerpiece of Fire TV to begin with. It’s not even a full-fledged app on Fire TV — just a link to a YouTube website designed for mobile devices which you can get here.

Fire TV itself is best seen as a companion to Amazon’s $99-a-year Prime loyalty program. Although Amazon has gotten better about promoting rival services, video available through Prime remains prominent.

The device has Amazon’s Alexa voice assistant built-in. In addition to weather, sports scores and stock quotes, it offers playback controls for some selected apps. That lets you ask Alexa to forward 30 seconds, for instance.

Amazon’s $40 Fire TV Stick is good for regular, high-definition TV sets. If you have a higher-resolution 4K TV, you’ll want the regular Fire TV for $70. There isn’t a lot of 4K video yet, but the price difference is small compared with what 4K TVs cost.

The current feud centers on Amazon’s refusal to sell some Google devices that compete with Amazon products. That includes Google’s Chromecast, a streaming device that’s cheap but slightly tricky to use, since you have to start video on your iPhone or Android phone and then switch the stream to the TV. You can check out the Chromecast here.

Plenty of video services work with Chromecast — but Amazon doesn’t let its video service work on the Google device.

Google offers other manufacturers its own software for streaming devices called Android TV. On those devices, Google’s YouTube and Play services often get prominent billing in search results, but at least you can get Amazon video. Again, no iTunes.

One of those gadgets is the Shield from Nvidia. It’s pricey, starting at $179, but comes with 4K and HDR. You get voice searches through Google’s Assistant — playback controls with some apps, weather info and some data you might never think to ask a TV, such as flight status.

Shield is powerful and designed with gamers in mind; one feature allows screen sharing of game play. A package that includes a game controller costs $20 more. The controller gives you a headphone jack for private listening and hands-free queries with Google Assistant.

PLAYING NICE WITH BOTH

Roku has one of the most complete channel libraries — more than 5,000, many of which you’ve never heard of. You can get YouTube, Google Play, and Amazon video, but not iTunes. Check out Roku here.

Roku’s Express sells for just $30. The $50 Streaming Stick gets you a remote with volume buttons and voice search — though we’re talking basic queries related to shows and apps, not playback controls or information such as weather. The $70 Streaming Stick Plus adds 4K and HDR. Bells and whistles in the $100 Ultra include a remote that will emit a sound to help you find it under your couch cushions.

The Ultra’s remote has a headphone jack, so you can watch TV without waking up roommates. For cheaper models, you can get that through Roku’s smartphone app. (With Fire TV and Apple TV, you can pair wireless headphones.)

Apple TV is the only device to support iTunes. It also has YouTube, but not Google Play. Amazon joined Apple TV on Wednesday, and you can check it out here.

Though an iPhone isn’t required, Apple TV will be most useful with one. The basic device is $149; a version with 4K and HDR costs $30 more. You’re paying for the experience — in particular, integration and syncing with other Apple gadgets. For instance, you can type passwords on an iPhone instead of navigating a keyboard on the TV.

Siri offers similar playback controls and information queries as Alexa and Google Assistant. The touchpad on the remote offers faster forwarding and rewinding than rivals.

And while all streaming devices offer more than just video, Apple TV goes much further in offering an iPhone-like experience on a big screen. You can browse Ikea’s catalog or order food from GrubHub, for instance.