Home TV Show Recaps Sense8 SENSE8 108 Recap: We Will All Be Judged 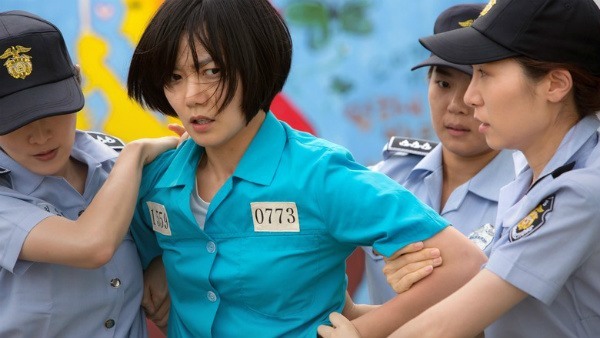 Although I have seen numerous episodes of the series, it still feels like I am just starting “Sense8.” The reason for that is that the underlying narrative has progressed little since I began watching the show. I began to realize that the show was not the sci-fi thriller I had hoped it would be a few episodes ago and now I am wondering what is left.

In the eighth episode “We Will All Be Judged by the Courage of Our Hearts,” the show continues to focus on the smaller details of the characters’ personal lives.

Sun is shown having a conflict with a fellow prison inmate. Yet again her martial arts skills are showcased, as she is able to defeat a fight that ends up being against multiple other women.

Meanwhile, Will has a “visit” from Riley as he is in his Chicago apartment. This leads to a steamy kissing scene between the two characters, which have seemingly had a connection in previous episodes. Although this does showcase the connecting abilities between the strangers, it isn’t really anything new or incredibly intriguing. At this point I would much rather see them sharing their intelligence or skills to get out of risky situations, not their ability to “visit” one another for date night. However, it was funny seeing Will’s police partner walk in on Will making out with the air in front of his apartment window.

Unfortunately, Lito doesn’t have as much happiness or humor in his storyline this episode. Hernando and Lito meet up with Daniela who is working on getting back her phone and the explicit pictures that her ex-boyfriend, Joaquin, is blackmailing them all with. She shows up with a severe black eye and explains to Lito and Hernando that she has agreed to marry Joaquin in exchange for his silence. Lito silently accepts this fate for her as he feels it is the only way to save his career in Hollywood.

Later in the episode, Hernando decides to visit Lito on set and expresses his concern for Daniela. He does not agree with Lito’s choice to let Daniela return to her abusive relationship with Joaquin. Hernando explains his inability to stay with a man who would willingly allow another person be hurt for his own interest. Lito is torn between Hernando, the love of his life and his movie career (and therefore maintaining his heterosexual image).

Will begins connecting with Nomi in an attempt to solve what is really going on with Whispers and Dr. Metzger’s various lobotomies. Together, Will, Nomi and Amanita discover that Whispers is part of the Biologic Preservation Organization and that they were paying Metzger to travel the world to lobotomize people, such as Nomi.

Shortly after this discovery, Whispers shows up at Amanita’s mom’s house where Nomi and Amanita are staying. Nomi is able to escape out the window while Amanita tries to distract Whispers and his crew, who are aggressively seeking Nomi throughout the house.

This brings us – finally – to one of the most action-packed scenes of the series. As Nomi is finally found and stopped by two of Whispers’ men at gunpoint, she cries out for help and sure enough Sun takes over and uses her martial art skills to allow Nomi to escape.

Nomi ends up finding herself a getaway car, where she tries to get away from a series of cop cars, which are now after her. Here, another connection is made as Nomi expresses that she cannot drive thereby tagging someone else to enter the ‘ring.’ In that instant Corpheus shows up with his established driving abilities and he’s able to lose both the police and the agents chasing Nomi.

The episode ends by jumping back to Kala’s story in Mumbai. She is with the father of her fiancé, Rajan, who is known as Papa-ji. He, Rajan’s father, is telling Kala to call off the wedding. As she tries to assure him she wants to be wed to Rajan, Papa-ji tells her he knows that it is not true and she should not wed Rajan if it is not what she feels is right. This conversation is abruptly ended when a group of masked men stab Papa-ji, out of nowhere, leaving Kala screaming in shock.

Although this episode had a few action scenes thrown in, the connections role seemed to play a very superficial part in them. The car chase was just that, with a few characters being thrown in and out as their skills are needed. For the most part, this episode once again was building the identity of the characters, instead of building the main narrative. Now with only four episodes left, I have a feeling Sense8 will end before it ever evolves into the true sci-fi series it seemed to be from the marketing.