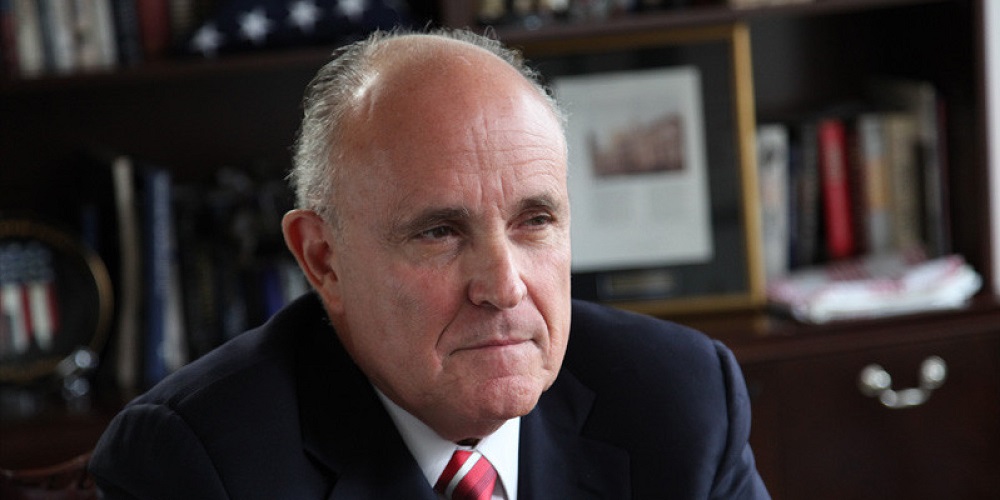 President-elect Donald Trump is working his way down to fill the top slots, and it’s looking like Rudy Giuliani may edge out John Bolton for the secretary of state spot.

Former New York Mayor Rudy Giuliani emerged as the favorite to serve as secretary of state in Donald Trump’s incoming administration; a senior Trump official said as the president-elect narrowed down his Cabinet picks.

The official said there was no real competition for the job and that it was Giuliani’s if he wanted it. The official was not authorized to speak on the record and requested anonymity.

Giuliani, a top Trump adviser, said Monday night at a Washington event sponsored by the Wall Street Journal that he “won’t be attorney general” in Trump’s administration – a job for which the former federal prosecutor had been seen as a top contender even before Trump’s election.

Giuliani said he thought John Bolton, the former U.S. ambassador to the United Nations, “would be a very good choice” for secretary of state. But asked if there was anyone better, he replied with a mischievous smile: “Maybe me, I don’t know.”

Trump was also considering Monday whether to inject new diversity into the GOP by recommending a woman to lead the Republican Party and an openly gay man to represent the United States at the United Nations.

The moves, among dozens under consideration from his transition team, follow an intense and extended backlash from Trump’s decision on Sunday to appoint Steve Bannon, a man celebrated by the white nationalist movement, to serve as his chief strategist and senior adviser.

“After winning the presidency but losing the popular vote, President-elect Trump must try to bring Americans together – not continue to fan the flames of division and bigotry,” said House Democratic leader Nancy Pelosi. She called Bannon’s appointment “an alarming signal” that Trump “remains committed to the hateful and divisive vision that defined his campaign.”

His inauguration just 66 days away, however, Trump focused on building his team and speaking to foreign leaders. He remained sequestered in Trump Tower in New York. 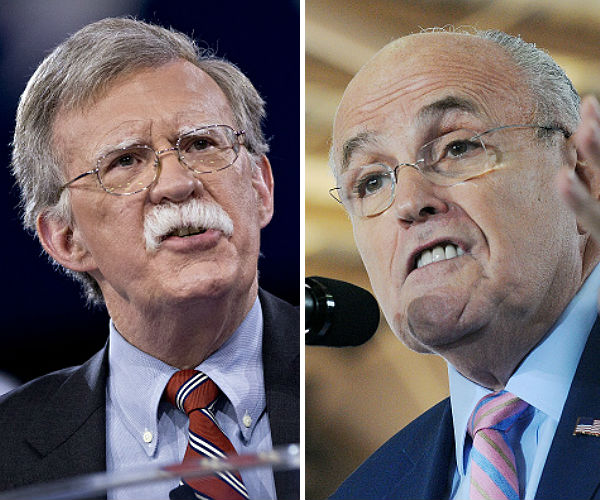 Inexperienced on the international stage, the Republican president-elect spoke to Russian President Vladimir Putin on the phone. His transition office said in a readout that “he is very much looking forward to having a strong and enduring relationship with Russia and the people of Russia.” Trump has spoken in recent days with the leaders of China, Mexico, South Korea and Canada.

At the same time, Trump was considering tapping Richard Grenell as U.S. ambassador to the United Nations. He would be the first openly gay person to fill a Cabinet-level foreign policy post. Grenell, known in part for aggressive criticism of rivals on Twitter, previously served as U.S. spokesman at the U.N. under President George W. Bush.

Trump was also weighing whether to select Michigan GOP chairwoman Ronna Romney McDaniel, a niece of chief Trump critic and 2012 presidential nominee Mitt Romney. She would be the second woman ever to lead the Republican National Committee – and the first in four decades.

“I’ll be interested in whatever Mr. Trump wants,” McDaniel told media outlets on Monday, adding that she was planning to seek the Michigan GOP chairmanship again.

Appointing McDaniel to run the GOP’s political arm could be an effort to help the party heal the anger after a campaign in which Trump demeaned women. The appointment of Grenell, who has openly supported same-sex marriage, could begin to ease concerns by the gay community about Vice President-elect Mike Pence‘s opposition to same-sex marriage during his time as Indiana governor.

The personnel moves under consideration were confirmed by people with direct knowledge of Trump’s thinking who were not authorized to publicly disclose private discussions. They stressed that the decisions were not final.

Internal deliberations about staffing come a day after Trump made overtures to warring Republican circles by appointing Bannon and RNC Chairman Reince Priebus as his White House chief of staff.

The former media executive led a website that appealed to the so-called “alt-right” – a movement often associated with efforts on the far right to preserve “white identity,” oppose multiculturalism and defend “Western values.”

Priebus on Monday defended the media mogul, saying the two made an effective pair as they steered Trump past Democrat Hillary Clinton and toward the presidency. He sought to distance Bannon from the incendiary headlines on his website, saying they were written by unspecified others.

“Together, we’ve been able to manage a lot of the decision making in regard to the campaign,” Priebus told NBC’s “Today.” ”It’s worked very, very well.”

President Barack Obama avoided any direct criticism of Trump’s personnel moves during an afternoon news conference, suggesting that the new president deserves “room to staff up.”

“It’s important for us to let him make his decisions,” Obama said. “The American people will judge over the course of the next couple of years whether they like what they see.”

The outgoing president encouraged Trump, however, to embrace a unifying tone.

“It’s really important to try to send some signals of unity and to reach out to minority groups or women or others that were concerned about the tenor of the campaign,” Obama said. “And I think that’s something he will – he will want to do.”