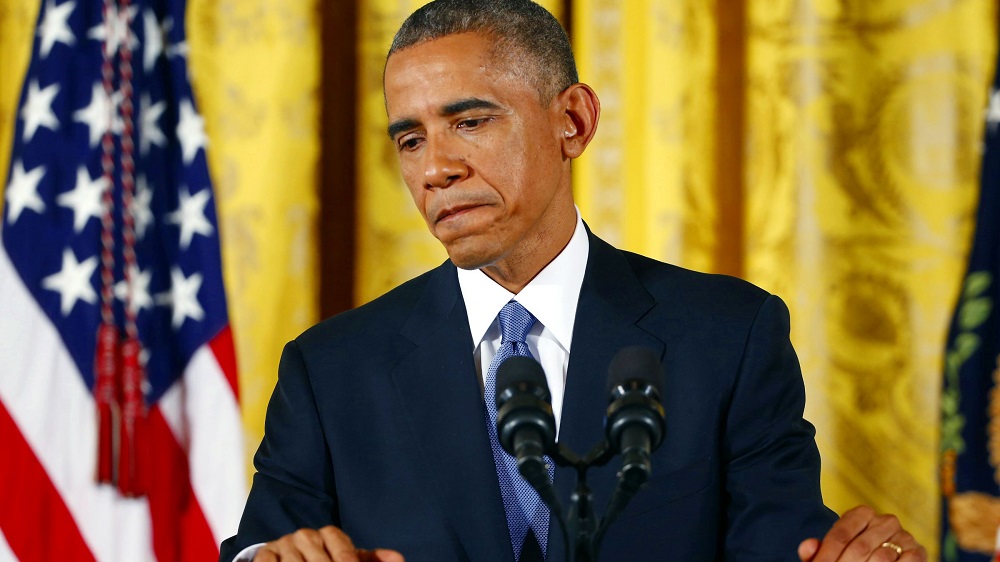 While campaigning for Hillary Clinton President Barack Obama was quite frank about Donald Trump and had no problems stating his case for how he was wrong for America.

Things have changed as he is now following his wife’s words about taking the high road and keeping his true feeling buried deep inside.

On Monday, Obama abandoned his dire warnings and dark predictions about his newly elected successor and urged Americans to give President-elect Donald Trump time to rise to the daunting responsibilities of the office, breaking sharply from his Democratic allies who have quickly condemned Trump’s first major decisions.

In his first extended remarks on the election that pounded his party and his legacy, Obama sought to reassure an anxious world and nation about his successor’s commitments to alliances, at times appearing almost sanguine about a future Trump administration.

Although he would not explicitly say Trump was qualified for the office, he said he believed the first-time officeholder would do his best to unite the nation, calling him pragmatic. He refused to wade into a political firestorm over Trump’s decision to name a far-right conservative media mogul as a top adviser. And he expressed hope that the weight of the presidency will force Trump to overcome his shortcomings.

“He has won. He’s going to be the next president and regardless of what experience or assumptions he brought to the office, this office has a way of waking you up,” Obama said. “And some of his gifts that obviously allowed him to execute one of the biggest political upsets in history, those are ones that hopefully he will put to good use on behalf of all the American people.”

Obama’s refusal to criticize his successor was a 180-degree reversal from the rhetoric of his campaign takedowns. Only a week ago, as he campaigned for Hillary Clinton, Obama said Trump was “woefully unprepared for the job” and couldn’t “handle the nuclear codes.”

Obama’s latest remarks bore little resemblance to the calls for resistance coming from other Democrats and many of Obama’s supporters. As they come to grips with Trump’s surprising win, many Democrats have seized on a call not to accept or “normalize” the actions of a man who ran a divisive campaign that included charges of racism, sexism and other offensive rhetoric and actions. 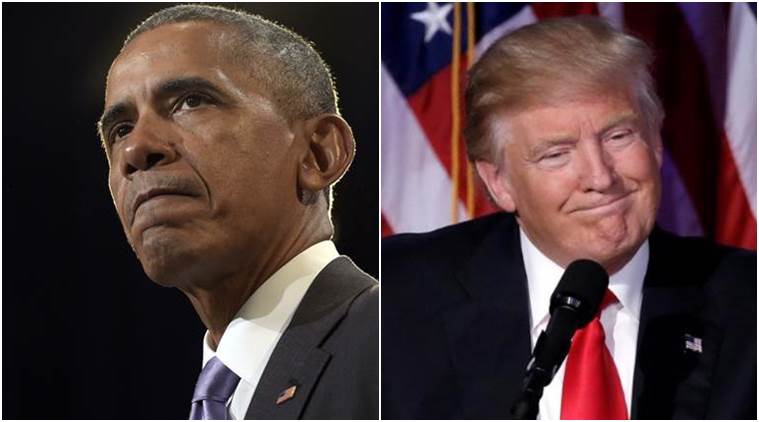 But Obama, who was the target of some of that rhetoric, has embraced the role of national hand-holder. Both in private and in a brief statement last week, Obama has suggested that Democrats should buck up and move on. He’s cast Trump’s election as in line with the usual zig and zag of politics.

On Monday, as he prepared to embark on a three-nation trip abroad, Obama went so far as to vouch for Trump and his foreign policies. Although Trump campaigned as a harsh critic of NATO, Obama said Trump sounded a different note when they met in the Oval Office last week.

Obama said the Republican “expressed a great interest in maintaining our core strategic relationships,” including “strong and robust NATO” partnerships.

“There is enormous continuity … that makes us that indispensable nation when it comes to maintaining order around the world,” Obama said. Relationships and policies go beyond presidents, he said, adding that military officials, diplomats and intelligence officers would cooperate with their foreign counterparts as before.

Obama acknowledged he had offered advice to Trump, saying he emphasized the need to shift from campaigning to governing, and the importance of resetting the tone after a contentious election.

“I don’t think he is ideological,” Obama said. “And that can serve him well as long as he has got good people around him and he has a clear sense of direction.”

Obama suggested he would continue to offer his advice. He said he would urge Trump “to think long and hard” before making good on his promise to upend Obama’s program that deferred deportation for hundreds of thousands of young immigrants who came to the country illegally as children.

Asked about one of Trump’s most contentious moves since his triumph, appointing Steve Bannon as chief strategist and senior adviser, Obama said it was up to the president-elect to appoint a team.

“It’s important for us to let him make his decisions,” Obama said of the choice of Bannon, a man celebrated as a force for the far right. But adding a hint of worry, Obama said he counseled Trump: “It’s really important to send some signals of unity.”

Whereas Obama hailed Trump’s “impressive” ability to speak to voters, he also delivered a subtle critique of Clinton’s campaign. He said Democrats must broaden their focus beyond just swing states after an election that left the Senate and House in Republican hands, as well as most of the nation’s governor’s mansions. He rejected the idea that demographic advantages would lead to all-but-assured victories for the party, saying it must rebuild at the local, state and national levels.

Clinton kept a relatively light campaign schedule until the final weeks of her campaign, mostly attending smaller events in battleground states. Her campaign focused heavily on motivating the Democratic base of female and minority voters, rather than swaying independents. “Good ideas don’t matter if people don’t hear them,” Obama said.

While Obama is in Germany, Greece and Peru, he said his team would accelerate efforts to ensure a smooth transition to the Trump administration.

He stressed that he would try to strengthen the American economy over his final two months, and all but acknowledged he would not take any dramatic action to close the prison at Guantanamo Bay, Cuba, in his final weeks in office.

“One of the things you discover about being president is that there are all these rules and norms and laws and you got to pay attention to them. And the people who work for you are also subject to those rules and norms, and that’s a piece of advice that I gave to the incoming president,” he said.