Home All News Sports Just how did that Aaron Hernandez murder conviction get erased? 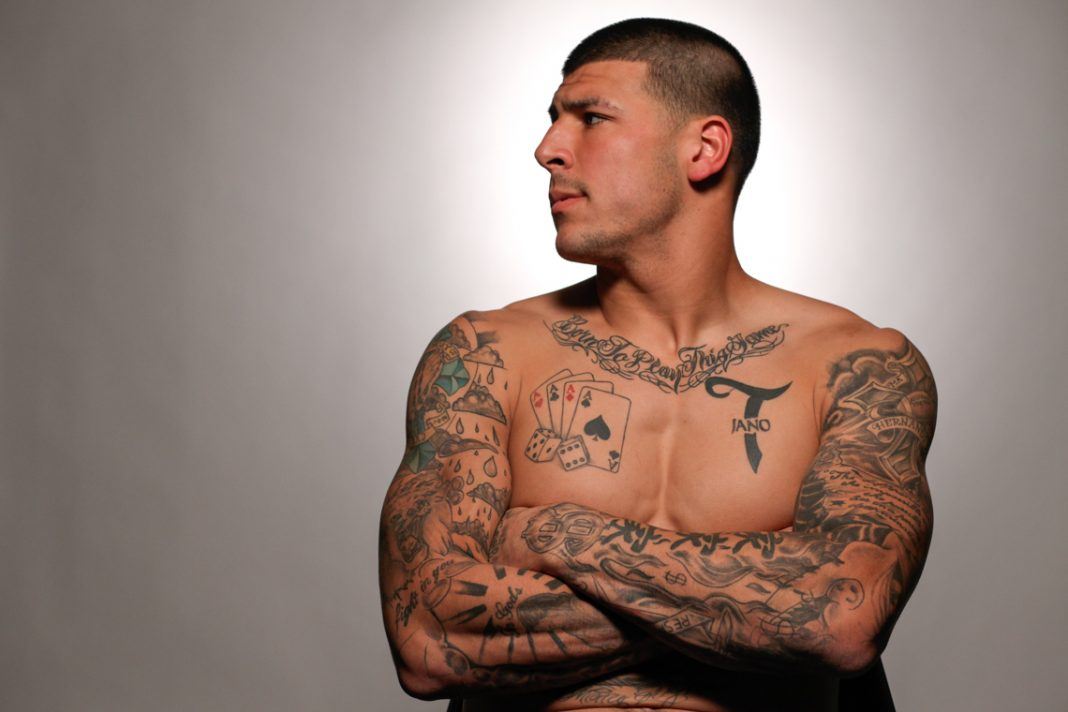 Former New England Patriots tight end Aaron Hernandez wound up getting as much media coverage after he committed suicide as he did when he was convicted of murdering Odin Lloyd in 2013.

When news hit about his suicide, it’s had many scratching their heads and calling for a further investigation into whether is was a murder or not. His fiancee Shayanna Jenkins-Hernandez was recently interviewed on “Dr. Phil,” and recounted that his mood was very optimistic on her last phone call with him.

“Daddy’s going to be home … I can’t wait to hold you and love you” in a telephone conversation hours before he was found hanged in his prison cell on April 19.

He had been acquitted in a double murder trial days before but was still serving a life sentence in another murder case.

The show’s host, Dr. Phillip McGraw told NBC’s “Today” show on Friday that Jenkins-Hernandez does not believe the former New England Patriots player killed himself, despite the evidence.

McGraw also said Jenkins-Hernandez is not expecting any financial benefit from the death. 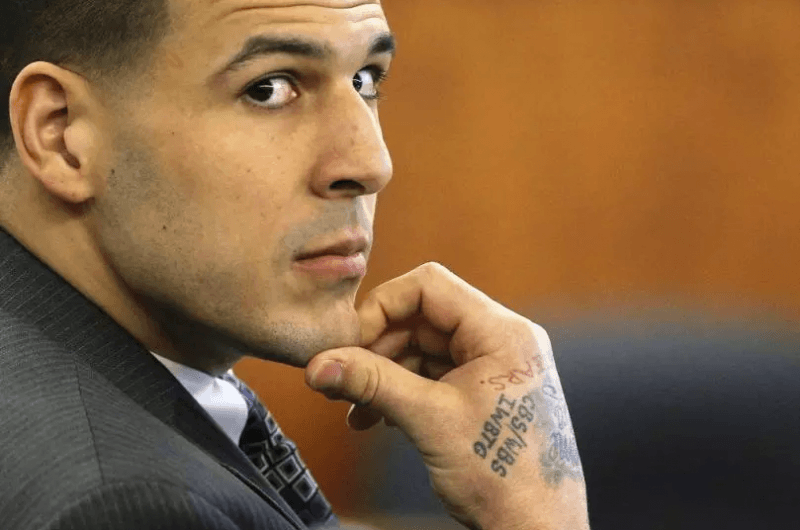 The reach head scratcher for many people came when Hernandez wound up having his murder conviction erased which could wind up with the Patriots having to pay the money owed him.

The ruling this week by a Massachusetts judge erasing the murder conviction of Aaron Hernandez, the former New England Patriots player who took his life in prison, has angered the victim’s family and roiled prosecutors.

It has also raised questions about how the legal principle on which the ruling was based is applied in Massachusetts and elsewhere.

Hernandez was convicted of the 2013 killing of Odin Lloyd, a semi-professional football player.

Hernandez was found hanging in his prison cell last month, days after being acquitted of most charges in a separate double-murder case.

A look at what was behind the dismissal of his conviction:

WHY WAS IT VACATED?

The basis for the judge’s decision was a legal principle formally known as abatement ab initio, or “from the beginning.” It holds that a defendant convicted at trial but who dies before an appeal is heard should no longer be considered guilty in the eyes of the law, thereby returning the case to its pretrial status.

Legal experts say the doctrine, rooted in centuries of English law, requires that a conviction not be considered final until an appeal can determine whether mistakes were made that deprived the defendant of a fair trial.

A widely cited 2004 decision by the 5th U.S. Circuit Court of Appeals offered two justifications: One, the finality principle, which finds that a person should not be labeled guilty “until he has exhausted his opportunity to appeal”; the other, the punishment principle, which asserts that “the state should not punish a dead person or his estate.”

IS THIS IN THE CONSTITUTION?

Unlike basic tenets such as right to fair trial and presumption of innocence, the abatement principle is not viewed as an absolute constitutional right, according to experts. That leaves it open to interpretation by state and federal courts, or state legislatures.

WHAT HAPPENS OUTSIDE OF MASSACHUSETTS?

Most federal appellate courts have exercised the doctrine, the most prominent example in recent times being that of Kenneth Lay, the former chief executive of Enron Corp. whose conspiracy and fraud convictions were erased after he died before sentencing.

But approaches vary among states. In a 2013 decision by the Minnesota Supreme Court dismissing the forgery conviction of a man who died before appeal, the court noted at least 10 other states did not adhere to the principle as a matter of course. In some states, the practice is to dismiss appeals when a defendant dies, not vacate convictions.

In Connecticut, Hernandez’s home state, the state Supreme Court on more than one occasion has rendered moot the pending appeals of individuals who died, but without erasing the underlying convictions.

The Supreme Court of Alabama, in a 2005 ruling rejecting a motion to erase the capital murder convictions of a man who died with an appeal pending, wrote that a conviction at trial removes the presumption of innocence “and the pendency of an appeal does not restore that presumption.”

There is also a middle ground of sorts in some states. More than a dozen allow appeals to continue even after death, and only dismiss convictions when the appellate court finds a new trial would have been warranted.

WILL THINGS CHANGE IN MASSACHUSETTS AFTER THIS RULING?

Thomas Quinn III, the district attorney in the Odin Lloyd murder case, calls the abatement rule “archaic,” and is appealing the dismissal of Hernandez’s conviction to Massachusetts’ highest court.

“At the very least, the court should strike a reasonable balance between the rights of defendants, victims and the public,” said Quinn, adding that it was “indisputable” that Hernandez “died a guilty man and convicted murderer.”

Another Massachusetts prosecutor, Middlesex District Attorney Marian Ryan, has proposed legislation that would end automatic dismissal of criminal convictions for defendants who die before appeal. The bill was filed well before Hernandez’s death, but she’s hopeful the case might “spark some conversation” about the issue.

Ryan said she would be open to an approach other states use that permits appeals to go forward after death.