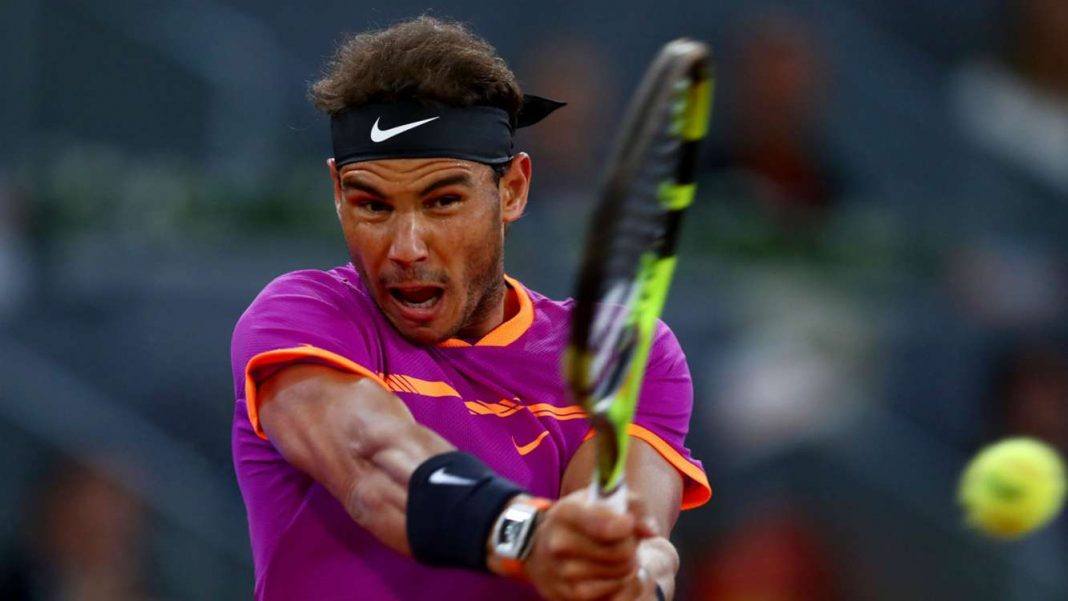 Rafael Nadal pushed himself giving his fans another reminder that he was the undisputed King of Clay and master of the racquet on Saturday when he defeated Novak Djokovic 6-2, 6-4, pushing him forward into the Madrid Open final.

After having lost his seventh match in a row to Djokovic over the course of three years, Rafi kept himself in a calm centered mindset.

Nadal told the press before the semi: “I have to play really well or I’m not going to have many chances. I think I’ve done my homework. Tomorrow is a day to try to give my best. Hopefully, I’ll be ready for that.”

Nadal overpowered Djokovic and converted on his third match point to earn his first victory against the second-ranked Serb since the 2014 French Open final. Nadal had lost 15 straight sets against Djokovic and won only one of the last 12 matches against him in four years.

Nadal was so well-prepared, it looked at times like he was going to fly out of his shoes. He broke Djokovic at love in the very first game, and it was off to the races. He fired his forehand with as much snap and zing as ever. His movement was superb. Nadal can backpedal faster than some guys sprint forward. He was able to dictate, even when Djokovic pried open the court and located Nadal’s backhand.

Nadal’s expressive face told the story throughout the match, revealing variations on determination and confidence. A nice change from that furrowed brow and flickering doubt that so often danced in his eyes during his recent slump.

It was another categorical win in what has been a superb season for the fifth-ranked Nadal, who will be trying to win his third straight title on Sunday. He can also tie Djokovic with 30 titles in Masters 1000 events. 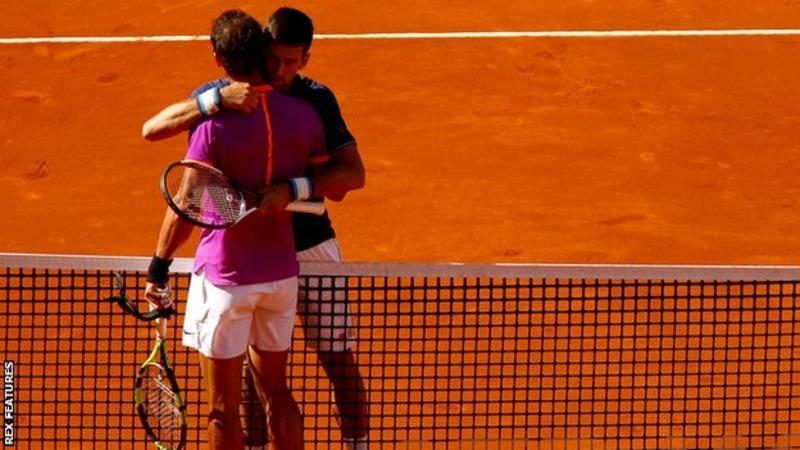 It was Nadal’s 14th straight victory, and his tour-leading 33rd for the year.

The four-time Madrid champion will play the title game against Dominic Thiem of Austria or Pablo Cuevas of Uruguay.

It will be the Spaniard’s eighth final at his home tournament, and the first since losing to Andy Murray in 2015. Nadal last won in Madrid in 2014.

“I can’t be any happier,” Nadal said. “It means the world to me to make it to another final here in Madrid.”

Nadal has been playing some of his best tennis this year. He’s reached six finals this season and is coming off consecutive titles in Monte Carlo and Barcelona.

“It was an important match for me because it meant continuing with the good dynamic that I’ve been carrying for several months,” Nadal said. “I knew that I had to play well. It’s true that he made some mistakes, but he fought until the end.”

Djokovic hasn’t reached a final since winning his first tournament of the year in Doha. This was his first semifinal since he won that title in January.

“I did try my best,” Djokovic said. “It wasn’t a very high quality of tennis from my side. Just his quality was very high. He managed to do whatever he wanted really, especially in the first set.”

Djokovic didn’t have to play the quarterfinal in Madrid because Kei Nishikori withdrew before the match because of a wrist injury. This was Djokovic’s first tournament since splitting with longtime coach Marian Vajda. 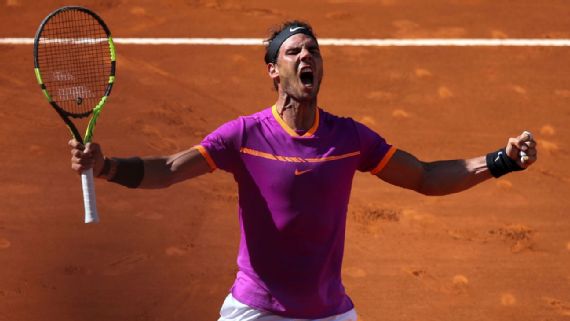 With Cristiano Ronaldo and Olympic great Nadia Comaneci watching courtside, Nadal was aggressive from the start and had 20 winners, including seven off his backhand.

He conceded only two break opportunities to Djokovic, who converted one early in the second set. Nadal had six break chances, converting two in each set.

It was the 50th meeting between the two players, with Djokovic still ahead 26-24.