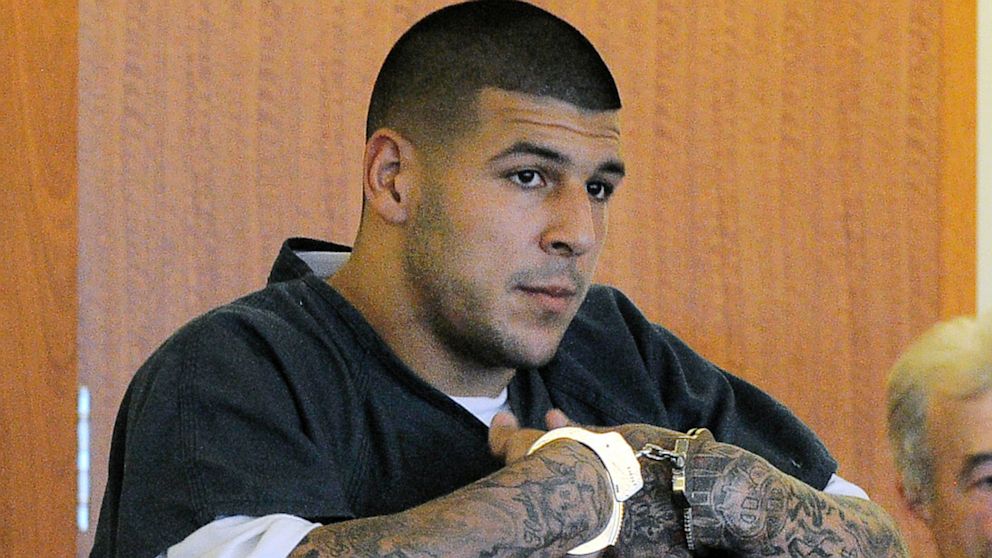 Aaron Hernandez is dead, along with Odin Lloyd, who he murdered. However, because Hernandez died before he was able to exhaust all his appeals, the state of Massachusetts has officially vacated the murder conviction.

Judge Susan Garsh threw out the 2015 first-degree murder conviction Tuesday because Hernandez never had the chance to go through all his appeals. Bristol County prosecutor Patrick Bomberg argued that by committing suicide, Hernandez effectively forfeited his right to further appeals. Additionally, Bomberg argued as well that Hernandez is trying to game the system, as the police report stated that he told another inmate he could vacate his murder conviction by killing himself.

Why does this matter? Good question. Well, thanks to this ruling, Hernandez is no longer a convicted murderer…which means the New England Patriots may be forced to payout some of that lucrative $40 million deal he signed just a year before the arrest.

That potential payout could be part of the reason that Hernandez wrote “YOU’RE RICH” in all caps at the end of his suicide note to his fiancée, Shayanna Jenkins-Hernandez, despite court papers estimating his estate at $0.00.

Of course, the payout isn’t guaranteed to end up in Shayanna’s hands, as Hernandez still faces three wrongful death lawsuits from the families of Odin Lloyd, Daniel de Abreu, and Safiro Furtado, all three of which Hernandez was accused of murdering.

Doug Sheff, attorney of Odin’s mother Ursula Lloyd, is asking the Patriots to give any money directly to the court.

“We want to issue a very friendly challenge to the New England Patriots, the best team in the NFL,” said Sheff. “Undisputed champions of football, but we want to provide the Patriots with the opportunity to become something more.”

I’m not sure that this will end up being much of an issue. I imagine it’ll take a lawsuit to get that money out of the team. Jenkins-Hernandez is making an appearance on Dr. Phil Monday and Tuesday, so a lawsuit should be easy for her.

I’m sorry. I shouldn’t throw shade at a grieving almost-widow. But, really? Dr. Phil a month later? I’ve never lost my fiancée, but I feel like I’d need a little longer than that before talking to Dr. Phil. I feel like this upcoming appearance trivializes a serious situation. The man was a murderer who then took his own life.