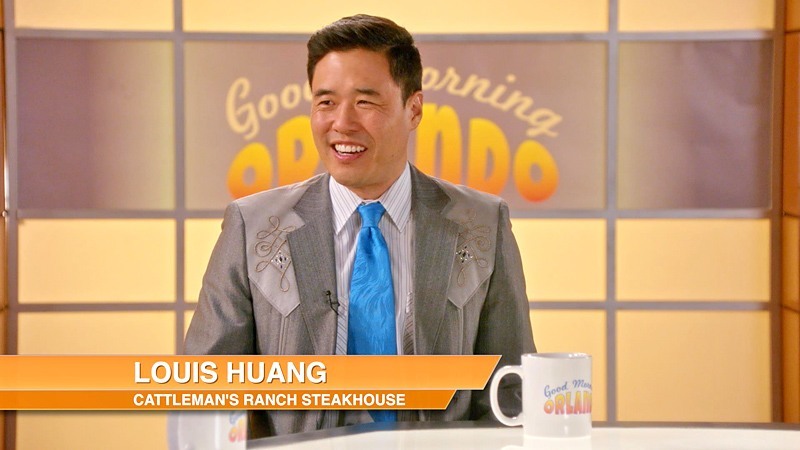 Fresh Off the Boat is always “Fresh” and this week, Louis becomes a local celebrity much to Jessica’s chagrin and Eddie; well he and his friends, find themselves in unknown romantic relationships to their happiness.

We see Eddie and his friends at the lunch table trying to figure out where they went wrong at the Fall Ball two week before that has caused their crushes not to talk to them since. Only they find out not too long after giving their analysis that they are actually boyfriends of the girls they danced with, and they cannot be more excited.

At the restaurant, local newscasters visits and finds that Louis is hilarious with his different impressions, so they invite him on their four a.m. morning show Good Morning Orlando. He goes and is a hit with this Donald Duck and Mr. T impressions but not everyone is amused.

And by everyone I mean his wife. Jessica feels that Louis made a fool out of himself because Chinese people don’t get chances to be on TV so when they do, they have to take advantage whenever they can. To her, he just reinforced the stereotype of the Chinese character from Sixteen Candles, Long Dong Dick. “When we get opportunities like this, it matters.”

Eddie and his crew have their regular lunch roundtable when they are told, by their girlfriend’s massager, that Becca G wants to break up with one of them. They are confused because they really don’t know who is dating whom.

To understand who everyone belongs to, after school, they make a graph to figure it out. Ethan comes in and suggests that instead of speculating, they should just ask the girls, but that’s too easy and teenage boys don’t do easily. As they argue about what to do, Eddie gets a call from one of the girls (he thinks his girlfriend Allison) which is their chance to figure out who she is and who she’s dating. But that doesn’t work out as Eddie didn’t ask. But they do make a skating date, in which they plan to all fall and determine who dates whom by the girl who comes each of their rescues.

Back at the restaurant, business has really picked up thanks to Louis’ interview, but since Jessica got on him about embarrassing their people with his offensive impressions, he imagines that everyone is making fun of him as Long Dong Duck.

Louis gets another chance to be on Good Morning Orlando and this time, he takes his wife’s words to heart, and he is super serious. He even takes the anchors to task, misinterpreting their comments. “You just want me to be joking around. The Chinese dude is on TV.” They cut to commercial.

When he gets home, Jessica tells him he needs to try it one more time and this time not be too serious. “You need to show that you can laugh at yourself, but be serious.” She tells him all the things that he should be, which just confuses him even more. “I just want things to be perfect.” He tells her that he understands but can’t fix his behavior because he is banned from the studio. But that’s okay because Jessica has a plan.

Now, what is her plan you ask? Louis interrupts a live on location segment to apologize for his behavior before. He goes into his Michael Jackson impression, which wins the anchors back over and everything is okay.

The boys go on their skating date ready to implement their plan. One of the friends goes for the wrong girlfriend’s hand that’s when it all fall apart. One of the Beccas screams at him to get away and tells her he thought they were dating. “You don’t know who you’re dating?” He then ends up telling on his friends, and they all end up leaving without girlfriends (except for Dave).

That night, Eddie gets advice from his young brother on what to do to make things right with Allison since things got messed up at the skating rink the night before. Ethan suggests speaking to her, and Eddie does. He meets Allison at her locker, and she listens to what he has to say, which is, “I like you a lot… but I don’t know how any of this work.” She then confesses that she didn’t know either as her friends confused her after she told them that she likes Eddie at the dance. He then finds out that he’s the only one still dating out of all his friends, which is too bad for them but great news for him.

In the end, Ethan gives his friends some dating advice. “The number one thing to do with a woman is to listen.” They take notes and take to heart what he tells them. Because he knows, right?

Oh, young people. Always finding a way to help one another.