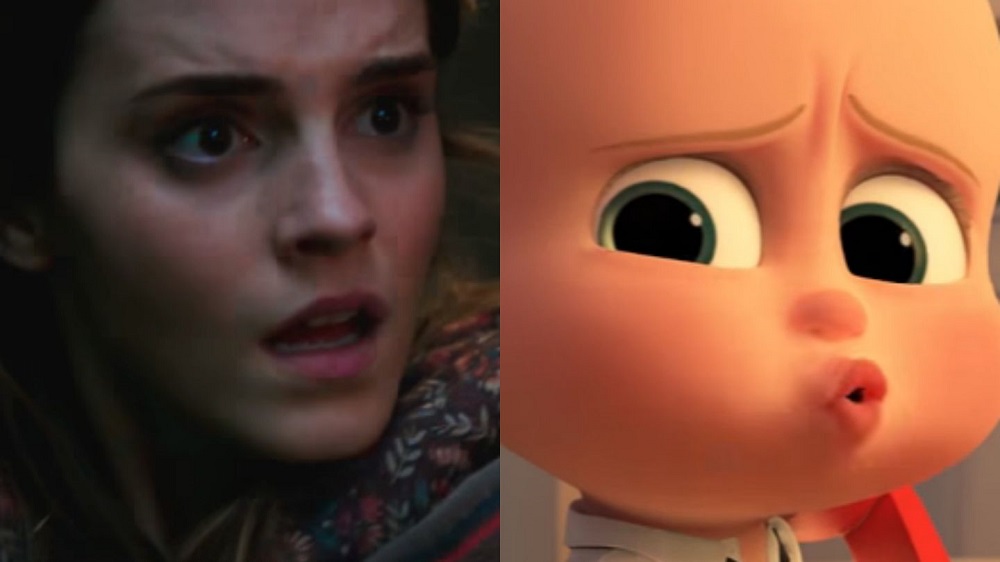 Much to Donald Trump‘s chagrin, Alec Baldwin can still claim the top spot at the box office, even if he was wearing diapers. His role was able to top the high flying “Beauty and the Beast.”

The 20th Century Fox release and DreamWorks Animation production “The Boss Baby,” featuring the voice of Baldwin as the film’s pipsqueak protagonist, was the weekend’s no. 1 film. It opened with $50.2 million, according to final box-office figures Monday from comScore.

Paramount Pictures’ controversy-plagued “Ghost in the Shell,” made for $110 million, flopped in its debut. It sold $18.7 million in tickets. 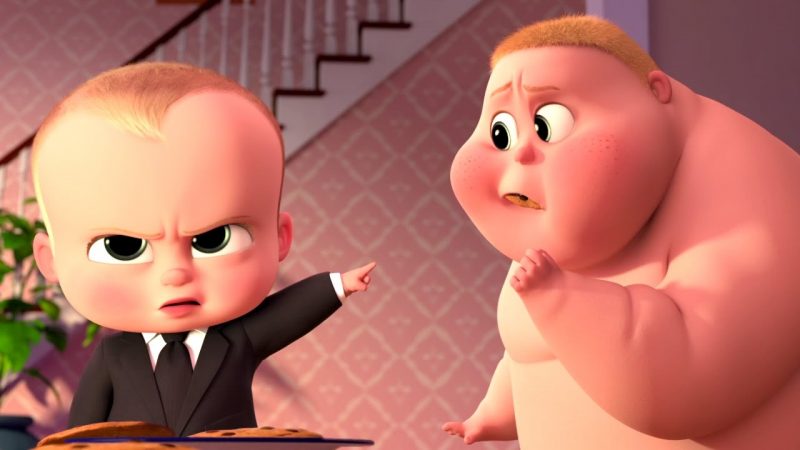 The top 20 movies at U.S. and Canadian theaters Friday through Sunday, followed by distribution studio, gross, number of theater locations, average receipts per location, total gross and number of weeks in release, as compiled Monday by comScore: 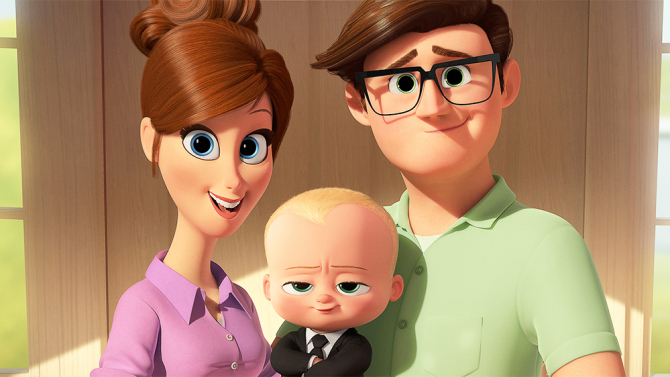 Some of the best-animated films have been inspired by fairy tales, ancient Greek fables or mythology. Now comes one clearly inspired by, of all people, David Mamet.

The creators of “The Boss Baby ” have obviously been mining the playwright’s gritty, foul-mouthed “Glengarry Glen Ross” to build the title character, a ruthless, capitalist-minded newborn with pupils the size of saucers who insists that “Cookies are for closers.”

To make the connection even firmer, they’ve hired Alec Baldwin to voice the baby, reprising in cartoon version his motivational speaker from hell from the 1992 film version of “Glengarry Glen Ross.” The baby is also drawn in Baldwin’s black suit and tie with a gold watch and slicked-back hair.

The casting and homage to Mamet’s snarling, soulless character is funny indeed but seems somewhat outsized in this sweet film, overpowering its understated humor and terrific animation. Altogether, it sometimes seems like “The Boss Baby” was a really good 20-minute short film that became stretched out like a piece of gum until the taste grew stale.

An army of animators – no, really, the endless end credits are staggering to sit through – have been employed to make a 12-course banquet out of a whimsical board book by Marla Frazee, which introduced the suit-wearing toddler. Onscreen, alternate realities mix with several exciting chase sequences, Elvis impersonators, montages and moments of tenderness.

Screenwriter Michael McCullers, an alumnus of “Saturday Night Live” who went on to write some of the “Austin Powers” movies, has built an insane plot to accommodate Frazee’s briefcase-wielding, spicy tuna roll-loving parody of 1980s avarice.

Both the book and film share the same premise – that a baby’s arrival changes a family. The movie version is told from the point of view of a 7-year-old only child with a swoop of hair (Miles Bakshi) whose idyllic world is shattered by the arrival of son No. 2 (Baldwin). It gets worse: The new baby can both talk and scheme. He’s actually undercover on behalf of a corporate behemoth to push his agenda. (New parents will totally get that.)

Directed by Tom McGrath, the director of the “Madagascar” franchise, “The Boss Baby” is best when it riffs off other action films, such as “The Matrix,” ”Mary Poppins,” ”Honeymoon in Vegas” and “Raiders Of The Lost Ark,” to name a few. The animation and sound effects are so superbly rendered – the fantasy sequences have an entirely different and nifty flavor – that a drop of drool or a puff of baby powder seems to have real texture and feeling.

The laughs aren’t machine-gun fast; they’re rather gentle, surprisingly not completely scatological, and only a few are meant for adults only. (One takes place on a plane, in which the pilot welcomes customers with the line: “Ladies and gentlemen – and those in coach.”)

But make no mistake: A lot of money has gone into this story about the joy of brotherhood. The soundtrack includes tunes by Paul McCartney, Irving Berlin, Elvis, Carole King and Burt Bacharach. The voice cast also includes Steve Buscemi, Jimmy Kimmel and Lisa Kudrow.

Baldwin – no surprise – turns out to be simply great at playing a big, scary baby. His unmistakable presence here also adds a strange twist to a movie that its creators couldn’t have anticipated. Baldwin, after all, has become notorious on “Saturday Night Live” for playing another suit-wearing character who’s also egomaniacal, compassionless and a self-described business genius. This spring, Baldwin plays them both.

“The Boss Baby,” a DreamWorks Animation release, is rated PG by the Motion Picture Association of America “for some mild, rude humor.” Running time: 97 minutes. Three stars out of four.