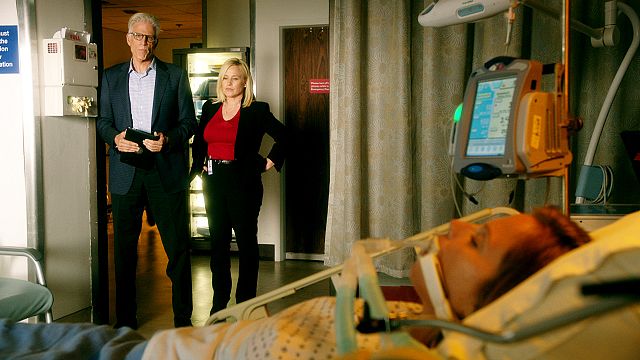 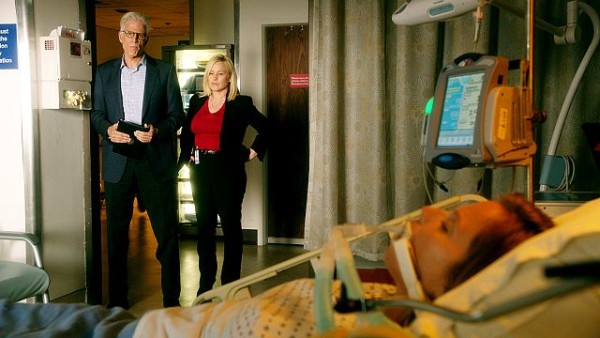 On this week’s episode of CSI: Cyber, a Dallas hospital’s computer system was hacked into. A patient died because they couldn’t provide her with proper care as a result. The incident was reported to the FBI, and Agent Ryan said this was a technology related murder.

Raven got into the network but couldn’t take it offline because it would disable all the ventilators. Malware was injected into the hospital’s system five months before the patient died. Agent Mundo got a list of 20 hospital employees suspected of being behind the hacking. Nelson found the TV in the hospital where the malware had entered the hospital’s system.

Agent Mundo found a fired hospital employee he suspected of hacking into the computer system. Then the computer system tried to go back online but shut down the whole hospital instead. The hacker got a message on a TV screen in the hospital. The message was “we are here.”

Agent Ryan said she thought the hacker wanted to create chaos and hadn’t hacked into the system for money, as many hackers would. Nelson took apart the hospital’s infected TV and found out the hardware in the TV had been hacked and had pushed the malware into the hospital’s computer network.

Agent Mundo went to the home of the fired hospital employee and pulled a gun on him. He said he met a hacker on a medical message board and that he probably sold the malicious code to the person who hacked into the hospital’s computer. The man told Agent Mundo his wife had died in a hospital two years earlier, and he was trying to find out why. The man escaped his house and ran away, but Agent Mundo caught up with him. He brought the man back to FBI headquarters to help them solve the case.

Daniel uploaded a patch to the hospital system so that the ventilators would work properly. Russell being in the hospital had flashbacks to when his wife was sick in a different hospital. Outside the hospital a man being sent home collapsed and died. The man had been a friend of Nelson’s. Nelson said his friend was murdered. A doctor at the hospital had given the man a medication he was allergic to, and it killed him. The doctor thought the medication was safe because the man’s medical records had been altered. Agent Ryan gave orders for the hospital to be on lock down. Nelson found out where the medical records had been altered. A nurse was discovered smashing a computer. She attacked the doctor that caught her doing it, and the doctor needed emergency surgery as a result of the attack.

After the surgery, Agent Ryan told the doctor that she had messed up and gotten caught. After smashing the computer, she stabbed herself in the gut to cause a diversion. Agent Ryan determined that the doctor had placed a chip in the TV that had been hacked into. She said that they had found out the doctor purchased the malware used to invade the hospital’s computer system. The doctor told Agent Ryan she had spent 23 years saving patients who only had hours to live. She said God wanted those patients to die, but she kept them on earth. She said the hospital was made famous due to her accomplishments, but she got no thanks for it. She was jealous that someone else had been made chief of staff of the hospital.,

In Agent Ryan’s office, Russell spotted a picture of her daughter on her desk. She then told him that her daughter had been killed when the nanny got into a fatal car accident with her in the backseat. The former nanny had given Agent Ryan a letter saying she wanted the two women to speak again. The nanny’s daughter, who was friends with Agent Ryan’s daughter, came to visit Agent Ryan.