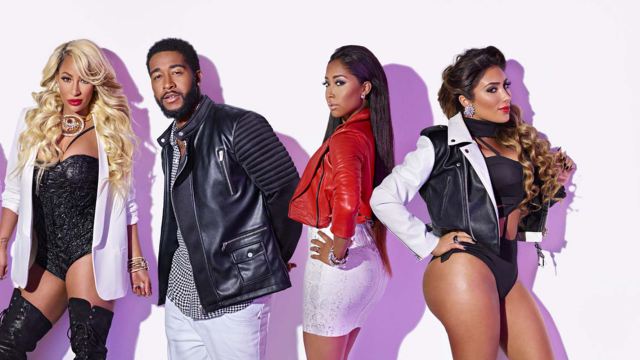 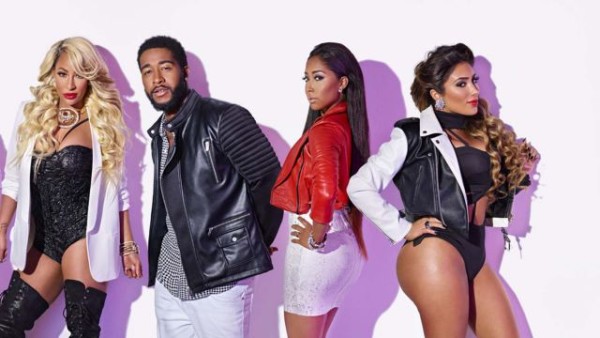 “Love & Hip Hop Hollywood” delivers more intricate plot lines this week with one of the cast members ignoring their significant other? Gasp.

Amber confronts Milan, and the first this he does is drops the bomb on her that he and Miles have been together for two years. They both pretty much put it on Miles since he has been telling each of them lies about the other. From Milan being the one to pay her rent to him paying Miles’ car note, Amber had no idea the love her life couldn’t really support himself. Milan feels sorry for her, and there is no animosity between them. Well, except for the contempt they have for Miles.

Teairra Mari finally takes the plunge, after a lot of research and thinking, and goes under the knife to get lipo. Nikki and Hazel go with her to the doctor for moral support, which is good because we all need it

After surgery, TM admits that the recovery is harder than she expected. She thought she would be up and running in no time but instead she feels horrible. Nikki and Hazel visit her during her recovery, and Nikki is concerned for her friend and business partner, but she is also concerned about the outcome of their fashion show. Being that Hazel knows how to pull events together quickly, she offers her services to Nikki, who is more than happy to accept being that the show is two weeks away.

Speaking of offering services, Hazel meets up with Princess Love, who wants to partner with her on the launch of her new clothing line. Since Hazel has Girl Code Ink, a network of women-owned businesses, that push women-owned businesses, Princess feels that she is the perfect person to help get the word out, and she agrees. The conversation then turns to Princess’ run in with Teairra Mari (she brINGS it up), and while Hazel doesn’t say anything bad specifically about TM from what we see on TV, she doesn’t disagree with Princess saying that everything TM did will come back to her.

Rich Dollaz, because he’s apparently trying to be a good boyfriend, after speaking with Moniece about the things her mother said to him and learning what she said to Fizz, takes it upon himself to set up an intervention for the two; Which goes… okay. Moinece doesn’t really want to hear what her mother has to say but listens nonetheless. Marla denies conspiring against her daughter and tells her that everything she’s ever done has been for her. She realizes, maybe for the first time, that her view of herself as a mother and her daughter’s view are totally different. Moniece tells her that she doesn’t want Marla involved in her what she’s doing right now, and Marla looks genuinely hurt.

Willie has a talk with his former manager Screw Face, who asks him if he was able to get out of his deal with Harry. Willie tells him no, which is an issue since he told his wife, Shanda, that he has gotten out of it because ya know, she’s been threatening going back to that pole. Screw Face tells him he can’t do anything for him if he’s still with Harry, which pisses Willie off. He tells him he has to do something, and his former manager pretty much tells him that he will help and be there for him ONLY if it is an artist/manager deal. Willie agrees, and his new partner tells him he’ll get him out of that contract in 24 hours.

And he does just that. But before he seals the deal, Screw Face lets it slip to Shanda that Willie has issues getting out of the deal with pisses her off because that means she lied to her. So what doe she do to show her HUSBAND who’s the boss? This bitch goes back to dancing. Even though he told her, he doesn’t want her stripping anymore. Willie finds out, or so we assume, when it goes home to celebrate Screw Face getting him out of the deal. But his wife wasn’t home.

In the end, Amber has gotten herself together enough to face Miles. She confronts him about the things that Milan told her and he is cool, calm and collected. The way that he responds to her is actually pretty manipulative. Like you can tell that he uses his words on her to make her think that things are one way when they really aren’t. She tells him, “I don’t hate you, we’re cool, I just don’t fuck with you right now.” She is better than a lot of women because come on, he strung her along for years all the while he was in a relationship with a man that she used to be around too. All three used to party together. She gets in the car as it is clear she is on the verge of crying and slams the door in his face.

It gets super heated next week from what the previews show, with Hazel and TM pulling the plug on their relationship again among a host of other juicy stuff.